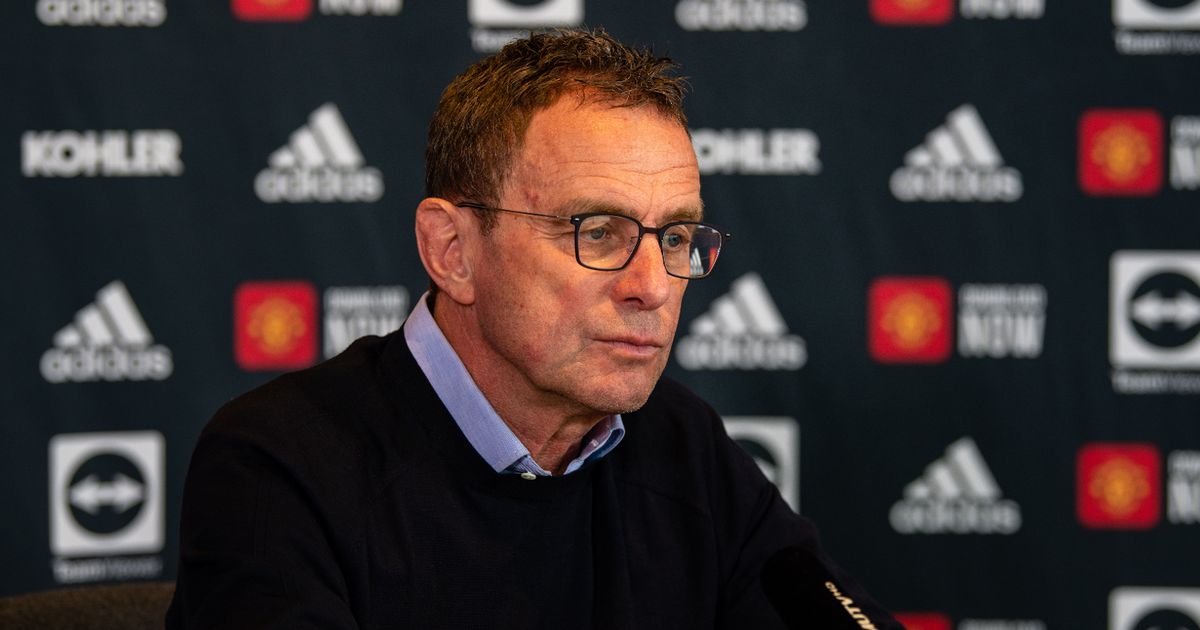 Ralf Rangnick has rejected the idea that Manchester United fans were moaning as they battled to a hard fought win over Brighton.

But prior to that they went in level at the interval with the Seagulls enjoying more of the play.

David de Gea was needed to keep the game scoreless as Brighton attempted to cause a shock.

United’s performances have left a lot to be desired recently and Graham Potter’s side were able to dominate the ball – something that is becoming all too regular at Old Trafford.

Rangnick accepts that seeing the away side enjoy the lions share of possession is not what the home crowd are accustomed to, but commended them in staying with the team.

Will Man Utd finish in the top four? Have your say in the comments!

He said: “We realised that they had too often possession of the ball and could only intercept in few situations. Should we change to a formation to back three?

“We decided to stick to 4-2-3-1 with more risk and it paid off. In the first 10 minutes of the second half we had more success moments and it raised the crowd, they were not moaning and were getting behind the team.

“I can understand if it feels to them like Brighton have 60% possession, that is not what they want to see.”

Cristiano Ronaldo opened the scoring after 50 minutes, ending his goal drought, with the Seagulls then having Lewis Dunk sent-off.

Bruno Fernandes made the game safe in added time, but the 1-0 lead meant that the game was never safe.

United had 19 shots throughout the course of the encounter but were unable to hammer home their opportunities.

That has been a familiar story in recent weeks with Rangnick confessing there is a lack of confidence when it comes to scoring within the group.

He added: “We scored the goal and got the red card for Lewis Dunk with a brilliant interception from Anthony Elanga.

Brighton boss Potter took a swipe at the United players for their role in getting Dunk dismissed.

The centre-half was sent-off following intervention from VAR, but Potter also cited the pressure that came from the home team.

“They have to do their bit for the team but you need the referee and VAR to make the calls independently,” he said.