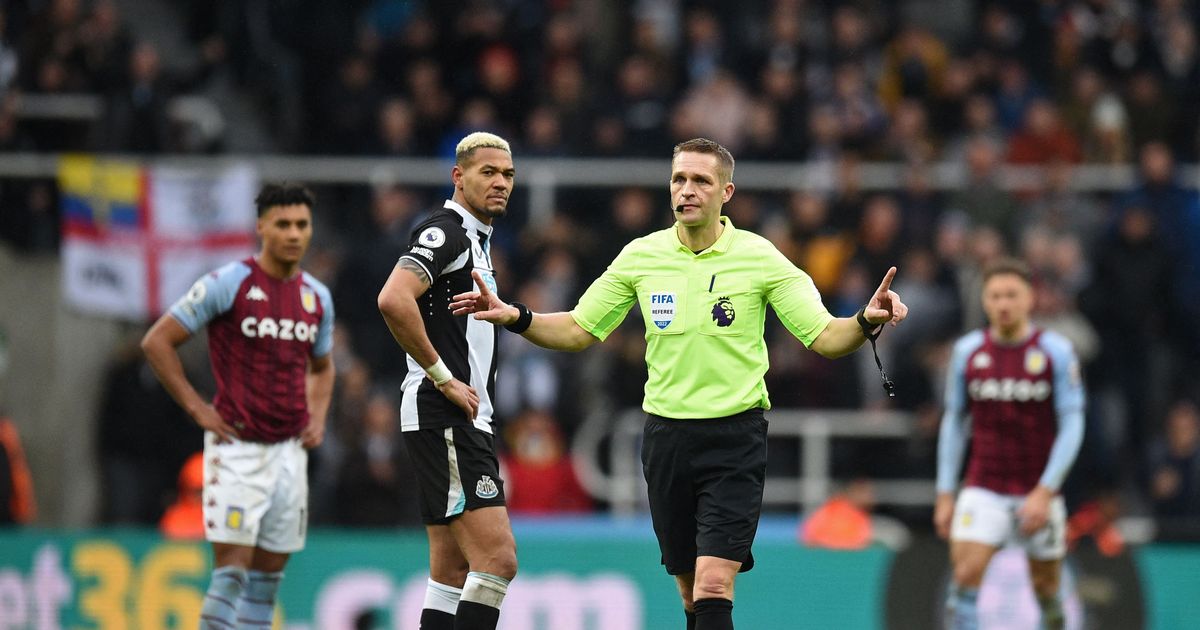 Newcastle United’s clash with Aston Villa was temporarily delayed on Sunday after a “medical incident” in the crowd.

There was a brief break in play during Newcastle’s 1-0 win over Steven Gerrard’s Villa as medics attended to a fan in the stands.

The club have confirmed in a match report published on the club website that the game was halted for medical reasons.

There was 74 minutes on the clock before referee Craig Pawson was alerted to some kind of emergency in the crowd and had both Gerrard and Magpies boss Eddie Howe urging him to pause the clash.

The managers of both sides could be seen frantically pointing towards the incident to try and stop the match temporarily so the fan in question could receive treatment.

During the game, Newcastle’s official twitter account wrote: “Play has been halted due to an incident in the Gallowgate Stand.”

After Pawson suspended action in the 74th, it took just two minutes before he was permitted to resume the game as Newcastle held on for a vital win.

Former Manchester United star Gary Neville brought the moment to the attention of the millions watching on from home, explaining: “There is a lot of yellow jackets and medical people at the top of that stand.”

Mirror Football have reached out to Newcastle for further update on the fan’s condition.

Remarkably, this is already the second time a medical emergency has marred a fixture at Newcastle’s home ground just this season.

A fan was taken to hospital during the 3-2 defeat against Tottenham Hotspur after suffering a cardiac arrest towards the end of the first-half.

Alan George Smith, 80, collapsed and prompted Spurs defender Eric Dier to call on emergency crews with a defibrillator as both sets of players watched on looking increasingly concerned.

The Gallowgate End has seen two medical emergencies this season

Thankfully, just 30 rows behind that day sat Dr Tom Pritchard who rushed to the patient’s side.

“It’s something you see at work fairly often, but I haven’t really had this outside of the hospital before,” he later told the BBC.

“There was an elderly gentleman laid out on the seats in cardiac arrest, and CPR ongoing.

“Luckily, St Johns were fairly quick, got the pads on quickly. Took over CPR.

“Another friend, Matty, who sits next to me came over as well, and we gave the guy a shock through the defibrillator.

“He was quite fortunate, as well, as very quickly an intensive care doctor arrived, a cardiologist arrived, and we were able to bring him back again.”

It was a similar story during the contest against Villa on Sunday, though the amount of medical emergencies in the crowd have increased this season.