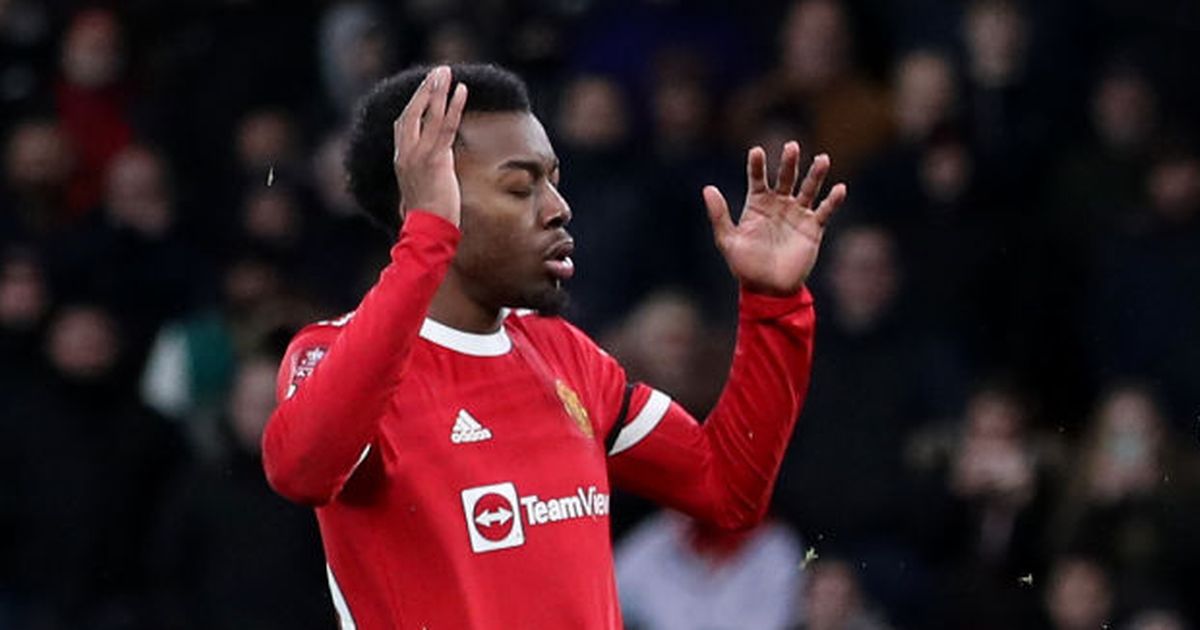 Elanga, who has risen to prominence under Ralf Rangnick, missed the decisive penalty in a marathon shootout at Old Trafford on Friday night.

After the game ended 1-1 courtesy of goals from Jadon Sancho and Matt Crooks, the two sides could then not be separated following 30 minutes of extra time.

That meant the dreaded penalty shootout, with United and Boro both scoring their first seven spot-kicks.

Lee Peltier then made it 8-7 to the Championship club, before Elanga’s penalty went over the bar and into the Stretford End.

The 19-year-old fell to the turf, only to be surrounded by Rangnick and a host of supportive teammates, including Cristiano Ronaldo who walked him to the tunnel with an arm around the shoulder.

Supporters inside the stadium applauded the talented Swedish youngster off the field of play, only for him to then be subjected to sickening abuse on social media.

Aberdeen striker Jay Emmanuel-Thomas highlighted the messages, which were posted on Instagram and said: “Sooo easy to predict…”

Marcus Rashford sent a message of support to his United colleague, having been the subject of abuse following England’s Euro 2020 final defeat to Italy.

Rashford was one of the three England players to miss their penalties at Wembley, leading to a number of arrests in the days following the showpiece final.

United boss Ralf Rangnick admitted that the academy graduate was devastated following his penalty miss, but insisted the dressing room would rally around him and ensure he bounces back.

“Anthony Elanga, anyone can imagine how he is, he is shattered and absolutely disappointed,” he told ITV Sport. “It was the eighth penalty which had all converted.

“We will try to encourage him again, be there for him and it can happen to more experienced players.

“We could not have had more players to take it, there was Luke Shaw, Phil Jones and the goalkeeper.”

A spokesperson for Meta, the company which owns Instagram has told Sky Sports that a number of comments have now been removed on Elanga’s page, with an investigation now underway.