The Manchester United left-back was one of England’s key performers as Gareth Southgate’s men thrashed Ukraine in Euro 2020, sealing a place in the semi-finals against Denmark Luke Shaw and Jose Mourinho may finally have put their war of words behind them after the England left-back proved his former boss wrong once again against Ukraine.

Shaw was one of the Three Lions’ outstanding performers on a memorable night in Rome, where Gareth Southgate’s men dismantled their opponents to set-up a Wembley semi-final against Denmark.

The Manchester United left-back’s tumultuous relationship with Mourinho dates back to the Portuguese manager’s reign at Old Trafford.

But Shaw has certainly made new Roma boss Mourinho eat his words throughout Euro 2020 with exhilarating displays, particularly in his last two outings.

In his punditry work during the tournament, Mourinho accused his former player of having ‘dramatically bad’ set-piece delivery.

Will England go all the way and win Euro 2020? Let us know in the comments below

Shaw hit back in a press conference, saying, “clearly I am in his head a lot and he clearly thinks about me a lot.”

He now has three assists in the two knockout rounds after setting up Raheem Sterling in the last-16 tie against Germany.

Shaw’s impressive performance against Ukraine even earned some rare praise from Mourinho, who believes his solidity in defence is helping make a back four system more effective for Southgate.

“The question now is whether England need to play a back three like they did against Germany (vs Denmark),” Mourinho told TalkSPORT.

“Then you have four players who can decide the creativity of the game, and I think it is there where Gareth (Southgate) may have some doubts.”

Shaw’s classy showing came on the new patch of Mourinho, who has now taken charge of Roma at the Stadio Olimpico.

But the England star brushed off questions relating to his former boss after the Three Lions sealed their place in the last four, proving the pair may have both moved on from their spiky past.

“I think José has his opinion. He’s obviously working for talkSPORT. It’s freedom of speech and he can say whatever he likes.

“I just keep going, keep my head down, like I said, ignore everything and just focus on what’s going on inside the camp.

“My main objective is to help England. No matter what, I’ll give everything for them and I’ll keep on doing that.” 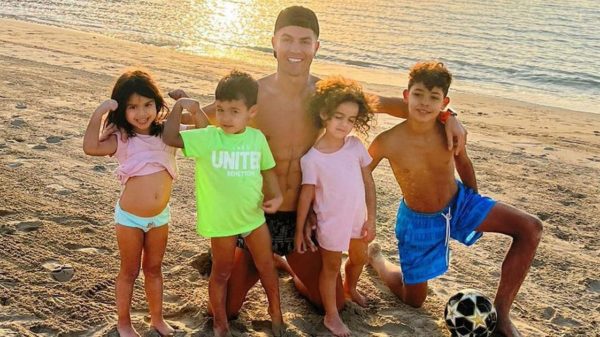