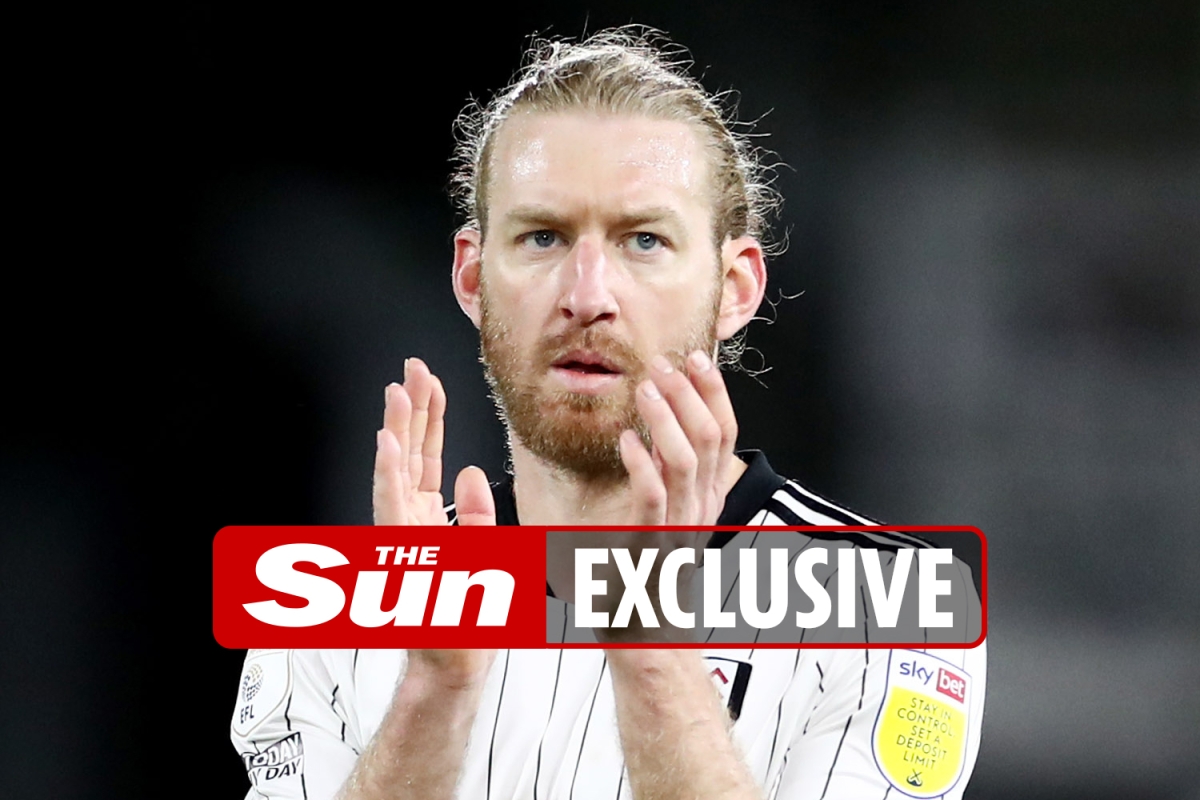 TIM REAM could give Tyson Fury a run for his money the amount of times he has picked himself up after being knocked down.

The American defender, 34, is currently bidding to earn Fulham a THIRD successive immediate return to the Premier League following relegation.

It looked like he would finally be out for the count in West London last term when he was sidelined by boss Scott Parker in the top flight.

But he has come storming back this campaign under Marco Silva, playing in every Championship game to help the Cottagers go five points clear in the second tier.

Today, Ream and Fulham go to Premier League leaders Manchester City in the FA Cup fourth round with next to no one giving them a prayer.

Yet the centre-back is used to being written off, having had it happen to him long before his career even began.

That experience is something he tells the thousands of aspiring footballers around the world he mentors online via the mental-health organisation he set up with a teacher at his son’s school in the pandemic, named Virtual Soccer Schools.

Ream said: “When I was 14, I had a school career counsellor who asked me what I wanted to do as an adult. I said I wanted to play football professionally.

“It’s still so fresh in my mind. He said, ‘That’s great but nobody from this school has ever become a professional athlete, so your chances are pretty much slim to zero’.

“I thought, I’m not going to let you tell me what I can’t do. It’s an example I use with the kids we mentor.

“Truthfully, I feel like every season I tend to get written off by certain corners.

“That’s fine, that’s the nature of what we do and of being the oldest guy in the squad. I embrace that challenge.

“It is satisfying being here, playing and starting, and being top of the table. It’s vindication for the hard work I’ve put in.”

Ream got a stark reminder of how quickly football can move on when long-term team-mate Denis Odoi left on deadline day.

Ream added: “I had no idea about him leaving whatsoever. I went to bed at 9.30pm and woke up at 6am for the school run. There were 45 messages in our group chat.

“You spend five-and-a-half years with a guy and, in a blink of an eye, he’s moved on.”

Saturday’s clash is a repeat of the fourth-round tie at the Etihad two seasons ago, when Ream was sent off after just SIX minutes for bringing down Gabriel Jesus in the penalty area – and City went on to win 4-0.

In fact, Fulham are yet to score in their six games against City during the Pep Guardiola era and have lost every time.

But this season they have gone goal-crazy, blasting in 74 in 28 league games.

Ream added: “We’re under no illusions that it’s going to be the toughest game.
“But we’ll go there knowing we can score goals for fun.

“Probably 95 per cent of the guys in our changing room have been knocked down over the course of the last two, three, even four seasons.

“Here we still are, trying to do it again.”