Modric: The comeback against Man City was most difficult, and the PSG comeback was most fun 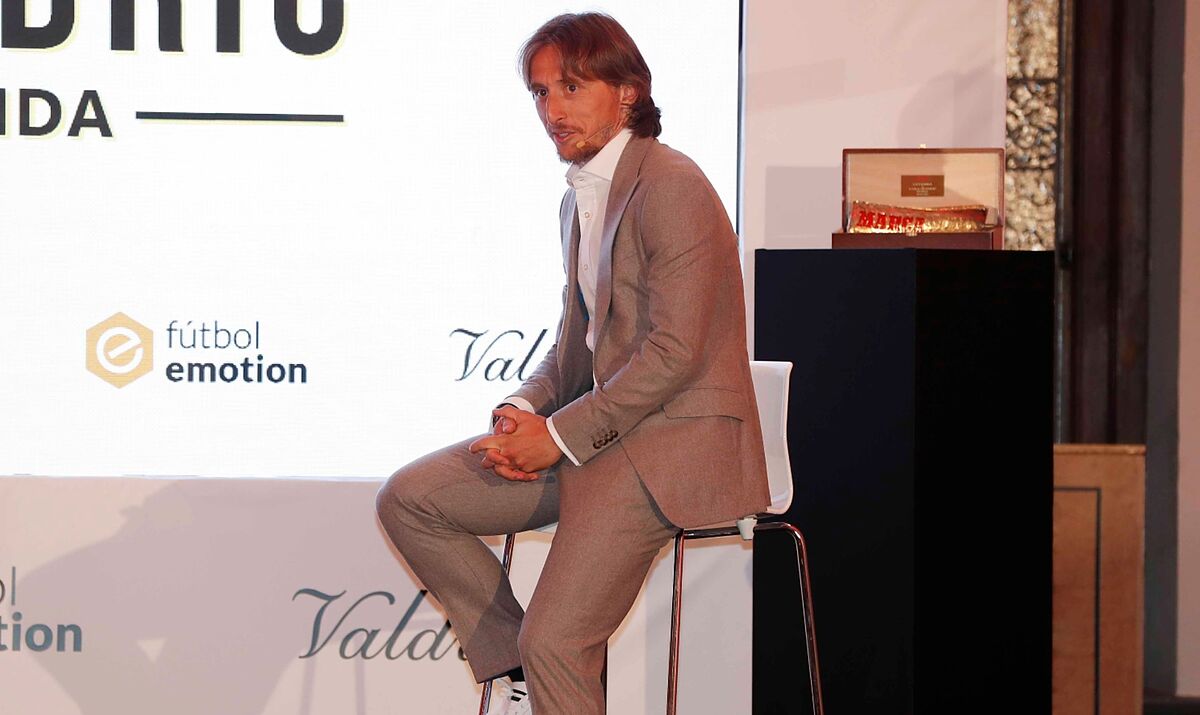 Luka Modric was grateful and at times emotional at the gala where he was awarded the MARCA Leyenda, which places him on a par with the greatest icons in the history of world sport.

The Croatian midfielder has been involved in some huge moments with Real Madrid in recent years, notably the various comebacks in the Champions League knockout stages this season.

“The most difficult one was the one against Manchester City because there was almost no time left, but the team and the fans believed until the end because it’s part of the DNA of this club,” Modric said.

“In the end we did it. The most fun was the PSG game; it was 15 or 20 minutes of madness because it’s very difficult to explain what happens on Champions League nights at the Bernabeu.

“It was the start of many magical nights that have taken us all the way to Paris, and hopefully we can win another Champions League.”

Modric is a very loved figure in Madrid having won so much with Los Blancos.

“I’m aware of how much the fans love me, they show it to me at the games, in the street. It’s incredible, I’m grateful for the love they show me every day. I always try to give my best when I put on the Madrid shirt to repay that affection,” Modric said.

“Madrid is everything, it’s my home, I feel very happy at this club, from the very first moment it’s been something amazing. I feel part of Madrid, I’m one more Madridista and that’s for life.”

He also added that he would like to retire at the club, saying: “I hope I can retire at Madrid. Madrid is my home, I feel very happy at the club, in the city, very loved by the people.

“My family is also very happy, so I hope to continue for more years and hopefully finish my career here.”

After receiving the award, Modric admitted that he is happy to receive the individual accolade despite always focusing on the team.

“I want to thank MARCA for this award. It is an honour to receive an award from such an important media outlet not only in Spain but all over the world,” Modric said.

“It is an honour to be alongside such great sportsmen and women. I want to thank my family and those who are by my side, my teammates and the coaches I have had all these years.

“I always say that I prefer collective titles to individual ones, but the truth is that I am very happy with this award.”

Modric left some advice for the children who were present: “When you’re a kid, the most important thing is to have fun and enjoy what you do.

“Then you have to follow your dreams, trust in yourself and work day by day, because being a footballer is very difficult, but very nice. And if you can play for Madrid one day, it’s the best thing that can happen to you.”