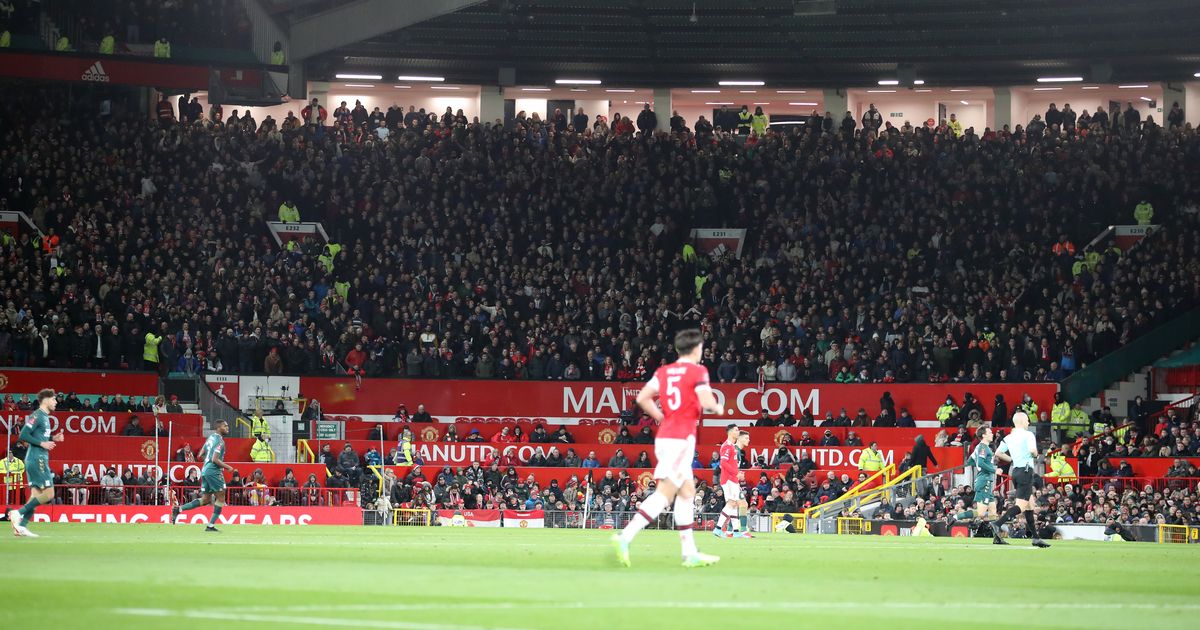 Middlesbrough upset the odds to beat Manchester United at Old Trafford, with Greater Manchester Police confirming one supporter had been arrested in the aftermath of the win

Greater Manchester Police have confirmed that a Middlesbrough supporter has been arrested on suspicion of child neglect following their famous win over Manchester United.

The Championship side outlasted the Red Devils in a marathon penalty shootout at Old Trafford, ultimately booking their place in the fifth round 8-7.

Boro were backed by more than 9,000 fans, all making the long journey down from Teesside to see the memorable victory.

But one travelling fan seemingly took things too far, with police accusing the individual of leaving their child alone in a hotel room, in order to go back into Manchester city centre.

A statement released by GMP Stretford on social media read: “Boro away fan arrested for child neglect last night, after choosing to leave his 11yr child in the hotel after the game whilst he went into town celebrating their victory drinking.

“We have looked after the child with an unhappy mum on her way down from N/East to collect him.”

Delighted Middlesbrough boss Chris Wilder watched his side roar back from conceding an early Jadon Sancho goal, equalising in the second half through a controversial Matt Crooks equaliser.

United missed countless chances, but speaking after the win, Wilder admitted it was a night where the ‘magic of the cup’ took over.

Wilder said: “The FA Cup is alive and kicking, especially in Middlesbrough. I told the players it was all about making memories.

“We rode our luck and took our chances. The decisions that are made through VAR have changed since I left the Premier League – I thought straight away it was handball. I thought it would be chalked out and delighted it wasn’t.

“You saw tonight we’ve got plenty of character and bottle in there which you need.”

“We were delighted to take it deep. To take it to penalties is no mean feat for us against the likes of Manchester United.

“When their team sheet come out, you see straight away how much they respect the competition and us. That was a really strong Manchester United side out there.

“We rode our luck at times, as you have to. You always understand that when you come here, and they’ve got the players they have on show, they’re always going to create a lot of chances.”

Meanwhile, Manchester United are now facing the prospect of another trophyless season, with the Champions League their only likely source of silverware.

And United’s interim boss Ralf Rangnick told his players they only had themselves to blame after missing a host of gilt-edged opportunities.

“We should and could have easily been up 3-0 after 45 minutes and even in the second half we missed some great opportunities, even after they scored their goal that shouldn’t have stood,” he told ITV Sport.

“Bruno’s [Fernandes] chance was almost like a penalty as well, so we have to blame ourselves for giving away and wasting too many opportunities in the game.

“And, in the end, if it’s on penalties it’s also a question of luck and in the end, we lost that game and we are all incredibly disappointed.”