The Red Devils were forced to close the training complex on Monday after first-team players and staff tested positive for the virus.

United’s Premier League fixture at Brentford on Tuesday was postponed as a result of the outbreak. Saturday’s game against Brighton at Old Trafford is expected to go ahead.

The new Omicron variant is spreading rapidly throughout the country and a number of top-flight clubs have been suffered infections.

Premier League clubs announced a recorded a record high of 42 cases on Monday, up from just 12 the week before.

Should the Premier League be suspended due to Omicron? Let us know in the comments below!

Tahith Chong, who is currently on loan at Birmingham, was also at Carrington to continue his recovery from injury.

Those who returned undertook lateral flow tests in their cars and waited for the results to see if they were permitted entry and allowed to train as normal.

Anthony Martial was also present, just days after his agent Philippe Lamboley confirmed his desire to leave Old Trafford in the next transfer window.

“He just needs to play,” said Lamboley. “He doesn’t want to stay in January and I will speak to the club soon.”

When asked about Martial’s future on Monday, Rangnick said: “Well, I don’t communicate with agents via the media or the press.

“The player hasn’t spoken with me or with us about it… If a player wishes to go to another club, it should be the player who informs either the board or myself.”

According to The Telegraph, United recorded 19 positive Covid cases across players and staff, although it’s not clear which stars are currently isolating.

The Premier League have told all 20 clubs they must return to emergency measures to stop the spread of the virus.

“The safety of everybody is a priority and the Premier League is taking all precautionary steps in light of the recent rise in Covid-19 cases across the country,” confirmed a statement.

“The league has reverted to its emergency measures and will increase the frequency of both lateral flow and PCR Covid-19 testing of players and staff.

“The Premier League’s Covid-19 emergency measures, which are applicable to all clubs, include protocols such as wearing face coverings while indoors, observing social distancing and limiting treatment time. These are in addition to the more frequent testing.

“We will continue to work closely with the government, local authorities and supporter groups, while being responsive to any future changes to national or local guidance.”

Manchester City manager Pep Guardiola has urged all players and staff to get their booster jab as soon as possible.

“The doctors suggest that they have to do it,” said the Spaniard. “Most of us have [had] it already.

“The players, for their age, the moment they have to do it, everybody is going to decide and they are going to do it.” 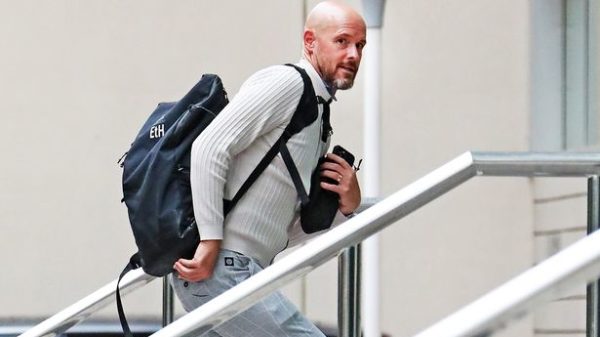