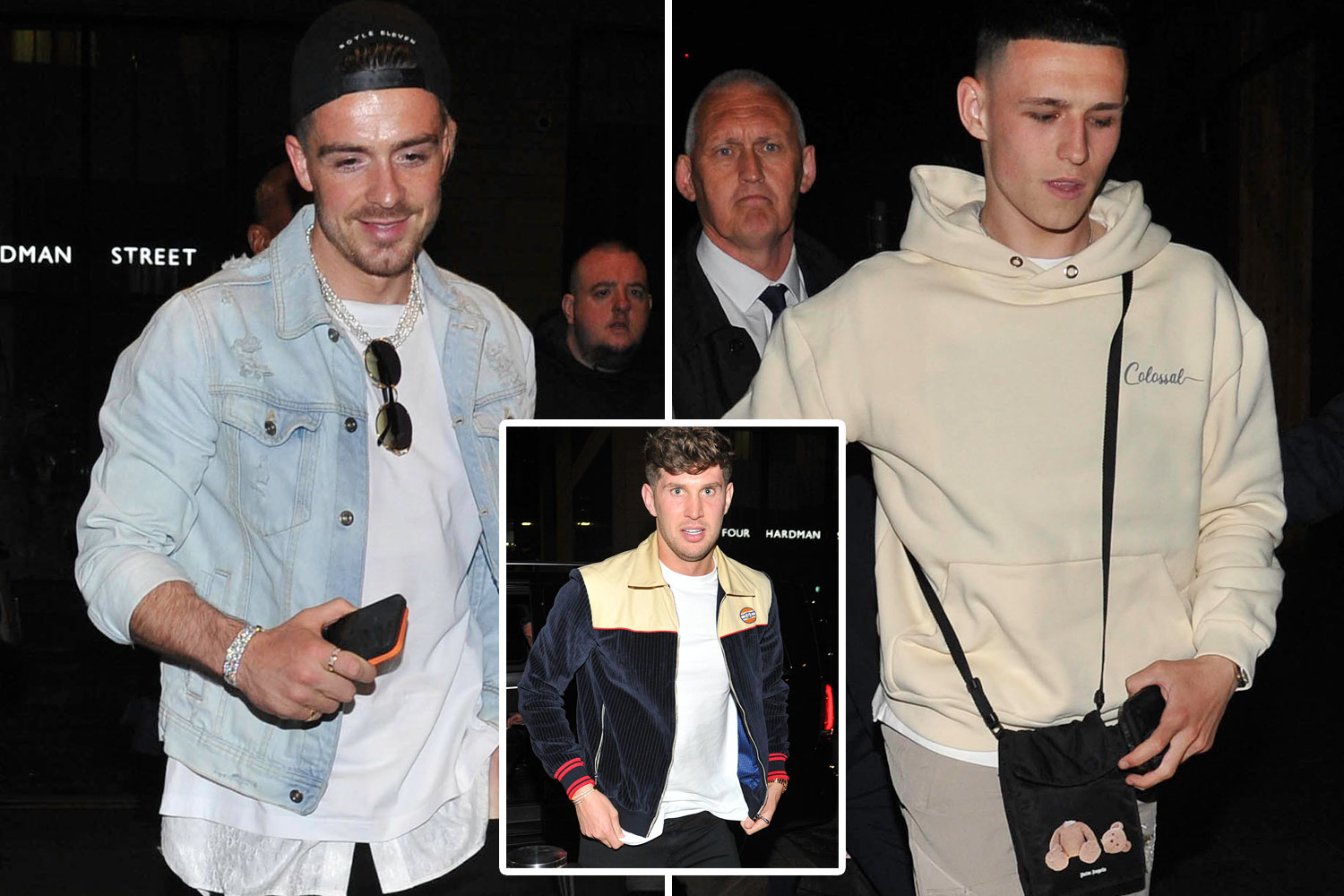 MANCHESTER CITY’S stars partied with boss Pep Guardiola until the early hours of Monday morning after wrapping up the Premier League title.

The Citizens secured their fourth top-flight crown in the last five years after beating Aston Villa 3-2 in dramatic fashion on the final day of the season.

Steven Gerrard’s men led 2-0 at the Etihad thanks to goals from Matty Cash and Philippe Coutinho.

Ilkay Gundogan pulled a goal back in the 76th minute with Rodri then scoring a quickfire equaliser moments later.

And Gundogan then fired City in front five minutes after his first strike to seal the title to leave Guardiola in a flood of tears.

Jubilant City fans invaded the pitch following the full-time whistle where they broke the crossbar after climbing the goalposts.

Speaking after the match to Sky Sports, Jack Grealish joked he will be celebrating for the next three nights after winning his first major honour.

And he was snapped alongside his City team-mates and gaffer partying at The Ivy, where they didn’t leave until gone 3am.

Grealish, who was an unused substitute in the victory over the Villans, was held up by security as he exited the premises.

Gundogan and Kevin De Bruyne were seen leaving the party with their partners as Riyad Mahrez and Aymeric Laporte left together.

Bernardo Silva attended The Ivy with his girlfriend as his team-mates revelled in the party atmosphere.

Though it was celebratory time for Guardiola, he will be concerned after Gerrard revealed that a City fan attacked his goalkeeper Robin Olsen.

As supporters darted onto the pitch, both sets of players were quickly surrounded as stewards attempted to lead them to safety.

Asked after the match whether his players made it to the dressing room safely, Gerrard said: “The answer is no. My goalkeeper was attacked.

“I think those questions should go to Pep and Manchester City.”

City quickly issued an apology, promising to identify the fan and issue them with a stadium ban, while Greater Manchester Police are also investigating.