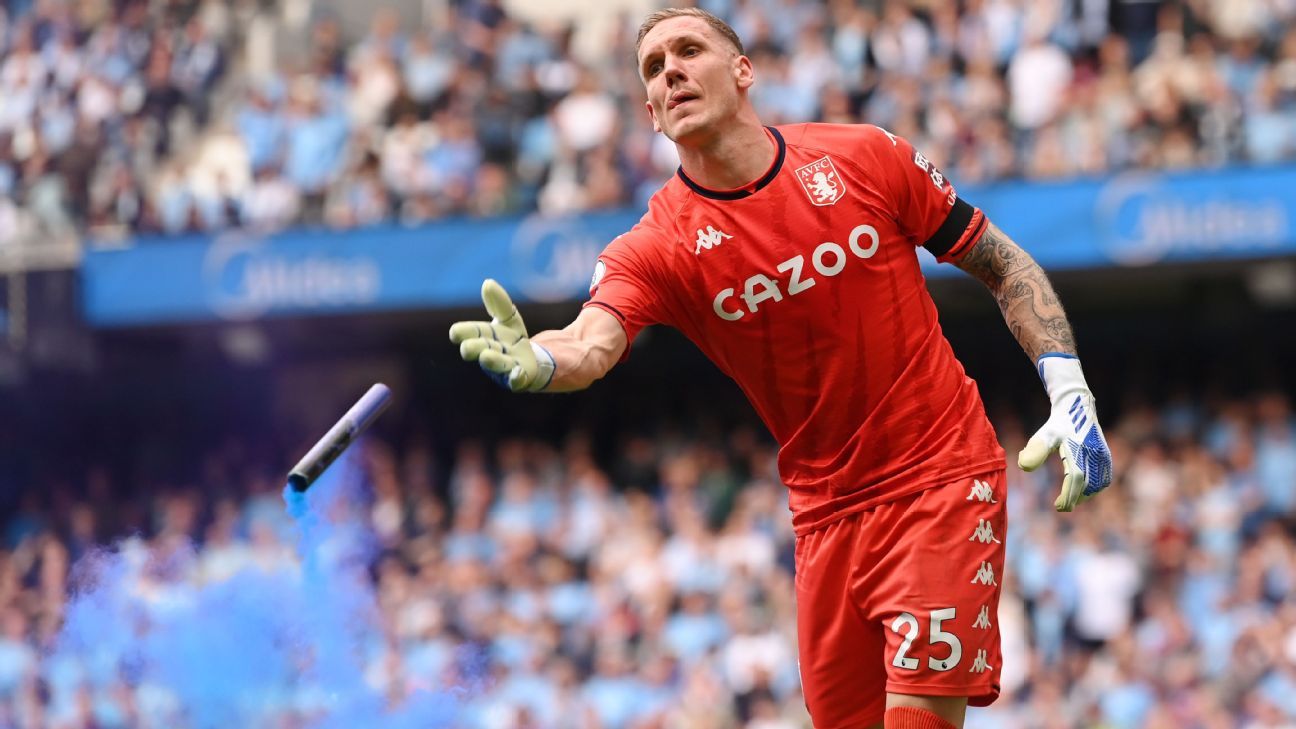 Manchester City have apologised to Robin Olsen after Steven Gerrard claimed the Aston Villa goalkeeper was “attacked” during a pitch invasion at the Etihad Stadium on Sunday.

Olsen appeared to be holding his head as he emerged from the crowd after City supporters entered the pitch following their 3-2 win over Villa to clinch the Premier League title.

Gerrard said in his news conference after the final whistle that the 32-year-old had been “attacked” although sources have told ESPN that Villa will not take the matter further.

“My goalkeeper was attacked. So I think those questions should go to Pep [Guardiola] and Manchester City… We’re going to check on him,” he said.

Olsen was assessed in the dressing room by medical staff but did not suffer significant injuries.

A statement issued by City on Sunday said: “Manchester City would like to sincerely apologise to Aston Villa goalkeeper Robin Olsen, who was assaulted after the final whistle at today’s match when fans entered the pitch.

“The club has launched an immediate investigation and once identified, the individual responsible will be issued with an indefinite stadium ban.”

Guardiola, who had warned fans to behave themselves during the week, apologised to Olsen and said he hoped the person would be punished.

“I’m so sorry. I said on Friday, the games involving Nottingham Forest, Port Vale, Everton; I’m so sorry on behalf of the club,” Guardiola added.

“The emotions, it’s difficult to understand why the people respond in this way. Hopefully we can discover who it was and he’ll be punished. I don’t know how to stop it, you cannot put [on] 1,000 guards.”

Olsen was a surprise selection against City after usual first-choice Emi Martinez missed out through injury.

The Sweden international, signed on loan in January, had not played a club game since appearing for Sheffield United against Blackburn in the Championship in November.

In this article:Manchester City, Premier League