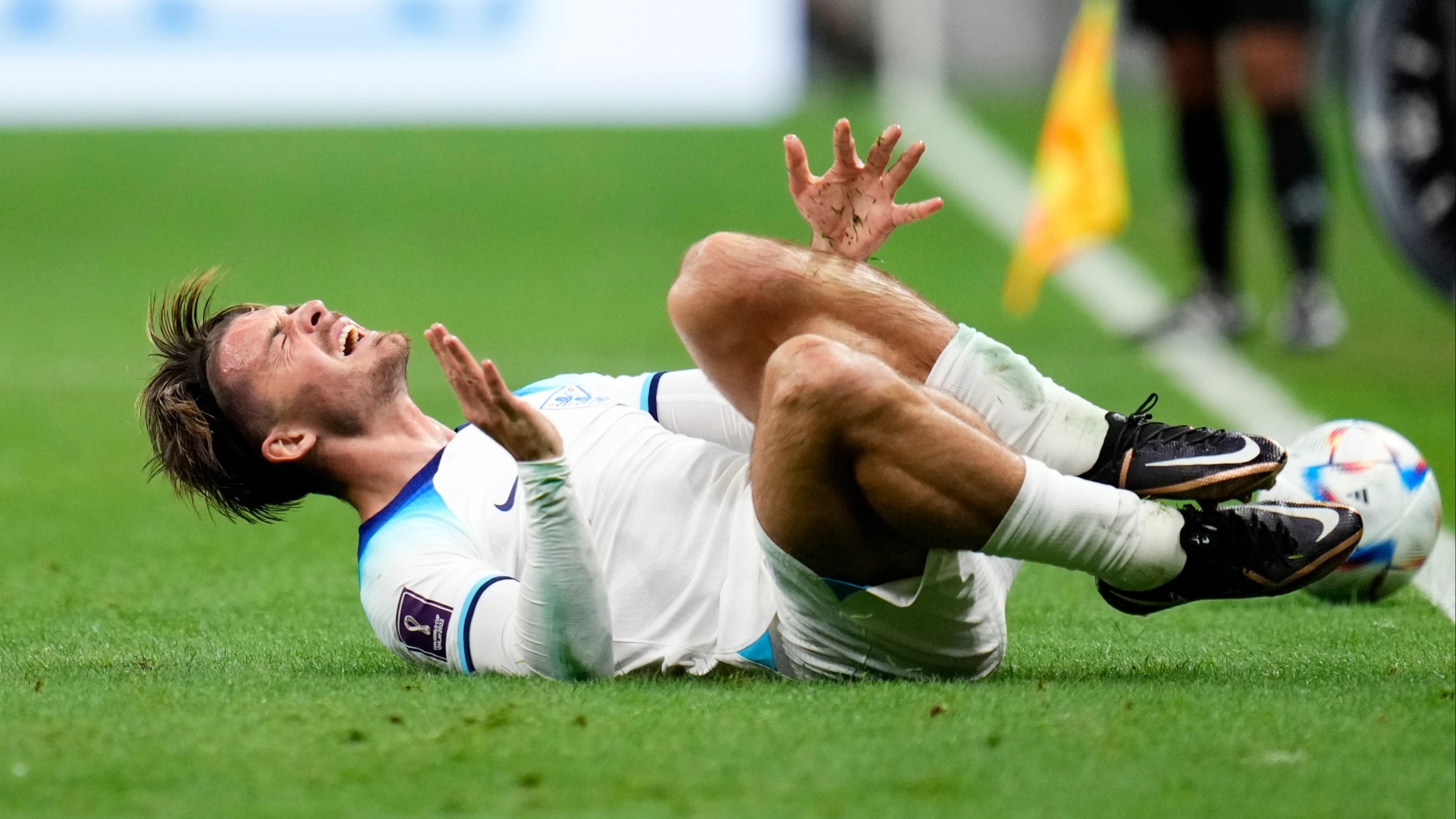 BERNARDO SILVA revealed he has been making bets with Portugal team-mates on how many free-kicks Jack Grealish will win in England games.

The Manchester City maestro does not want his Portuguese to face the Three Lions in a World Cup semi-final that could feature as many as EIGHT of Pep Guardiola’s squad.

City’s £100million man Grealish last week claimed Bernardo is one of the best he has played with.

Bernardo is also a big fan of Grealish, who typically wins a lot of free-kicks for City.

The Portugal ace, whose side beat Switzerland 6-1 on Tuesday, said: “I keep sending messages to Jack.

“I told him when he came on against Senegal, I was filming Ruben Dias and asked, ‘How many fouls do you think Jack Grealish is going to win in these 25 minutes?’

“Ruben said nine, I said seven, I was closer as he didn’t win that many.

“I’m very happy for Jack and for Phil Foden as well, all City’s England players, they’ve been doing well.

“I wish them all the best but I honestly don’t want to play against them in the semi-final.”

If England dethrone France and Portugal beat underdogs Morocco on Saturday, they would meet in a Wednesday semi-final.

And Bernardo is only too aware of what Grealish might bring to such a game.

He said: “He works for the team, the way he attracts players to create spaces for other players.

“I think he is going to be great for Man City in the next few years.”