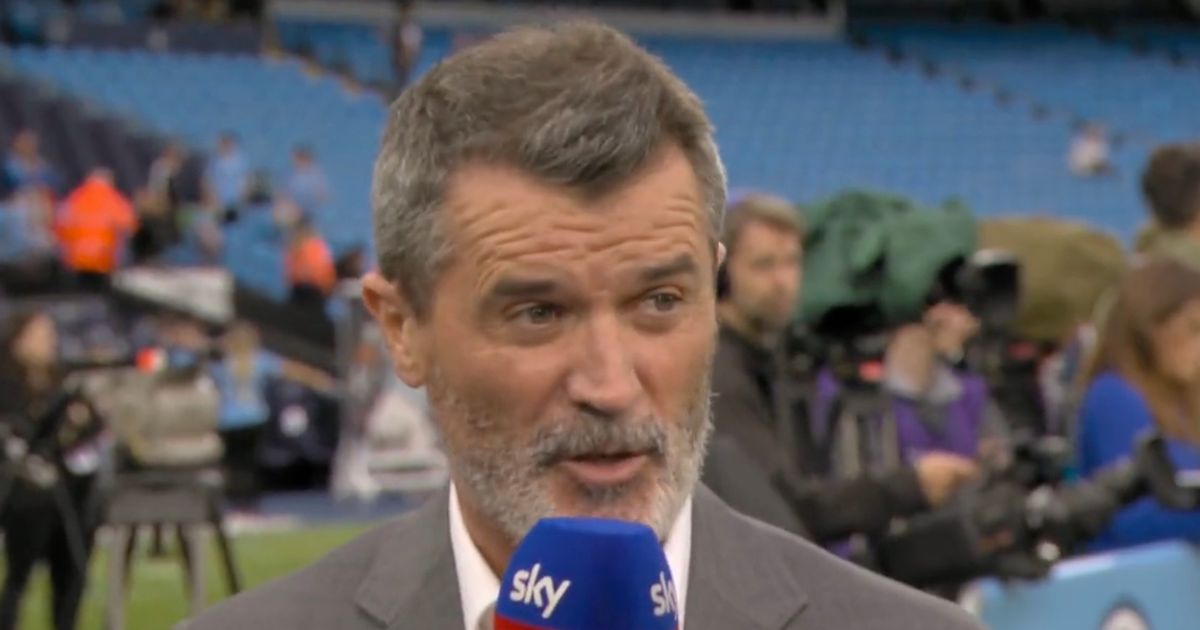 Roy Keane has referred to recent pitch invaders as “idiots, scumbags and a disgrace” after Aston Villa’s Robin Olsen was attacked at the Etihad.

Manchester City won the Premier League title in dramatic style as they scored three goals in five second-half minutes. Supporters ran on to the pitch when the full-time whistle went and the Villa goalkeeper was targeted by a fan. It is an alarming trend that has been under the spotlight in recent weeks.

Patrick Vieira was attacked by a fan during the week at Goodison Park after his Crystal Palace side were beaten by Everton. Players were also targeted during play-off games at Nottingham Forest and Port Vale this week. Keane has questioned how far some fans may go as they pursue players and managers.

He said on Sky Sports : “Disgraceful, it really is. I tell you, a player or a manager is going to be seriously injured. If you’re mad enough to come on and punch a player then you’re silly enough to stab them or something. Something crazy will happen. I think people have come back from Covid and forgotten how to behave themselves.

“Idiots. Scumbags. Disgrace. A player walking off the pitch and getting attacked, we’ve seen it during the week, Patrick Vieira. Absolutely disgraceful.”

Gary Neville added: “These last 20, 30 years we’ve bought the fences down in English football and supporters respect 99 per cent of the time that you don’t go on the pitch. They enjoy the family environment. All of a sudden these last few months we’ve got idiots running on the pitch, but if you’re attacking players and managers – what are you doing?”

Fans invaded the pitch at the Etihad

Steven Gerrard faced questions after his player was attacked, but suggested City come up with the answers. He said: “Our goalkeeper was attacked. We’re going to see how he is now, but I think you should ask Pep [Guardiola] and Manchester City those questions.”

Vieira claimed after his altercation this week that there is a problem that needs to be addressed. He said: “I think the Everton incident is bigger than just that incident. When you look at it in the Premier League, there were a lot of field invasions that can cause trouble.