Gary Lineker could not resist another dig at Matt Hancock following his resignation on Saturday as Secretary of State for Health and Social Care.

It came during Italy’s win over Austria in the first knockout round of Euro 2020, which dragged on into extra-time following a goalless 90 minutes.

Roberto Mancini’s men are through to the quarter-finals after two goals, both from substitutions made by the former Manchester City coach.

Federico Chiesa grabbed the first before Matteo Pessina doubled the Azzurri’s lead while Sasa Kalajdzic pulled one back late on to give the Austrians a sniff of hope.

Italy will now face either Belgium or Portugal in their biggest test of the competition to date, with all three potential overall winners.

With the BBC broadcasting the match, the fact it went into extra-time meant that the news at 10 had to be pushed back.

Lineker, who was presenting in the studio, had another dig at Hancock during half-time as he explained the situation.

“Just to tell you that the news will follow at the end of the game,” he said. “Apologies if you’ve been waiting for it but it’s not like anything big has happened today.”

His jibe was a subtle nod to happenings off the pitch where there had been some major developments in the day regarding 10 Downing Street with Hancock handing in his resignation as health secretary.

It came after mounting pressure from Labour MPs, as well as his fellow Conservatives, who called on the West Suffolk MP to be sacked following pictures being published of him kissing aide Gina Coladangelo.

Hancock, married with three children, said: “I have been to see the prime minister to resign as secretary of state for health and social care.

“I understand the enormous sacrifices that everybody in this country has made, that you have made, and those of us who make these rules have got to stick by them and that’s why I have got to resign.”

Lineker had already poked fun at the Tory MP that day in one of the biggest stories during the Covid era.

As news broke out earlier in the day that Hancock had resigned, there was a huge reaction on social media.

How far will England go in the Euros? Have your say in the comments below.

Lineker was quick to post on Twitter following Hancock’s sacking, saying: “Who would have thought it? Matt Hancock is out before England.”

England face Germany on Tuesday in the round of 16 with both countries yet to hit full stride.

The Three Lions have won two of their group games but have scored just twice while Joachim Low’s men toiled to a 2-2 draw with Hungary in their last outing. 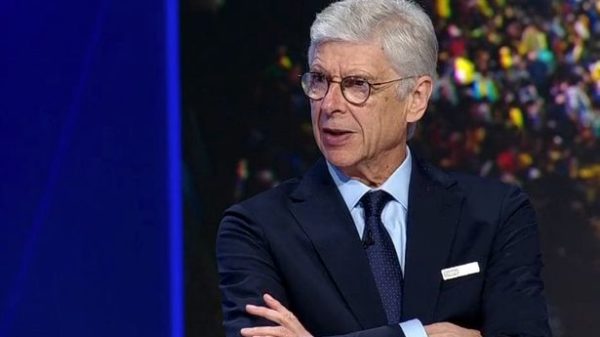