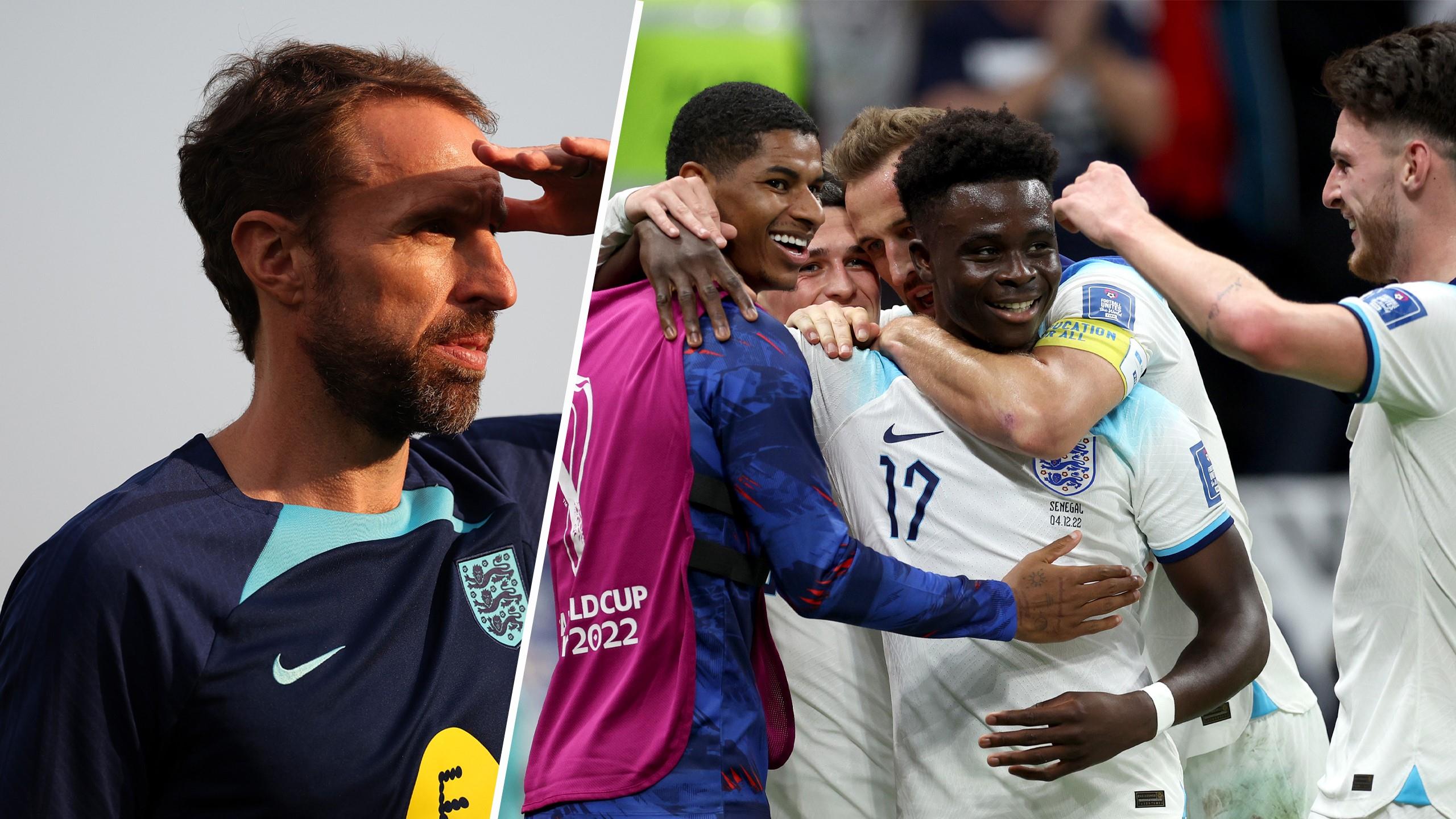 The sides meet at the Al Bayt Stadium on Saturday evening and the omens are looking unavoidably good for England. They have met France twice at a World Cup, and won twice. The slight caveat is those wins came in 1966 and 1982 and may not have an awful lot of bearing on the final result, but still, let’s stay positive and pretend it will have an impact.

Gareth Southgate has an awfully good knack of making decisions that everyone hates, then begrudgingly accept are masterstrokes. Harry Maguire and Jordan Henderson are the latest on redemption arcs under Southgate following impressive displays in Qatar and are surely shoo-ins to start.

Who is top goalscorer at 2022 World Cup? Who will win Golden Boot?

But Southgate does have a few dilemmas – some immediate, some hypothetical – ahead of the crunch clash at the Al Bayt Stadium. So Gareth, if you’re reading this, here are some notes to help you out…

Operation Mbappe and a three-man defence?

Few words have struck more fear into English folk throughout history than “Kylian Mbappe” have in the past week. And few antidotes have sounded less convincing than the words “Kyle Walker”, but that’s the situation England and Southgate find themselves in. One solution to the unavoidable threat of Mbappe is to shift Walker into a three-man defence, bringing in Kieran Trippier as full-back – or Trent Alexander-Arnold, if Southgate wakes up feeling chaotic – and pushing Luke Shaw even further left and forward.

DOHA, QATAR – NOVEMBER 26: Kylian Mbappe of France celebrates as he scores the goal 2: during the FIFA World Cup Qatar 2022 Group D match between France and Denmark at Stadium 974 on November 26, 2022 in Doha, Qatar. (Photo by Stefan Matzke – sampics/Corb

The arguments for a three-man defence:

It feels like Southgate has worn out the three-man experiment and, while successful, it hasn’t been enough to take that final leap. The first time it helped extract the most from a limited bunch (Russia 2018), the second time it failed to extract enough from a talented group (Euro 2020). Both tournaments ended with Croatia and Italy passing them to death, with England unable to get control of the game with an extra player in central defence.

That lesson must be learnt and it’s hard to see how Southgate can switch away from the four-man model that has kept three clean sheets on the spin and, except for small wobbles against the USA and Senegal, looked mighty impressive.

England manager Gareth Southgate hugs Marcus Rashford after being substituted during the FIFA World Cup Qatar 2022 Group B match between Wales and England at Ahmad Bin Ali Stadium on November 29, 2022 in Doha, Qatar.

“But, but… how can Southgate drop Saka after his heroics so far?”

We hear you, fictional complainant. But while Senegal set up to contain England, France will come out to play. That will mean space in behind – space we know Harry Kane is dying to pass into after dropping deep. With this remit, Marcus Rashford might be better suited to bursting in behind than Bukayo Saka, who rarely does so.

Of course, Southgate might think of dropping Phil Foden and going with the Rashford-Kane-Saka combo, but the Manchester City man feels like the glue between the midfield and attack and, to be honest, we don’t want to float the idea and risk Southgate seeing this article and going along with it.

There’s also the Raheem Sterling dilemma, given he started the first two matches before leaving suddenly after a break-in back home. But given he is only due back with the England camp on Friday, it’s hard to see him being involved from the start.

What if England go behind?

Jack Grealish of England celebrates after scoring their team’s sixth goal during the FIFA World Cup Qatar 2022 Group B match between England and IR Iran at Khalifa International Stadium on November 21, 2022

Southgate is deep into his third major tournament with England (with apologies to the 2019 Nations League) and we’re still yet to see his masterplan for when his side fall behind.

Okay, England had 11 minutes to chase the game against Croatia in the 2018 World Cup semi-finals, and briefly fell behind to Denmark in the Euro 2020 semi-finals – but Southgate had already played most of his cards in the first match, and his side swiftly retrieved the situation in the second before change was required.

So what will Southgate do if, as is sadly possible, France take the lead in normal time and England struggle to respond?

Will he chuck on Callum Wilson alongside Kane, or are they too similar? Who will he prefer out of his creative options in Mason Mount, Jack Grealish and the lesser-spotted James Maddison? And is there any way that Alexander-Arnold, famed for his attacking superpowers even if his defending is beyond questionable, could get a go?

Our inner cynic fears the plan will be to do nothing, then bring on Mount and Wilson with 70 minutes on the clock. But Southgate has proved us all wrong enough by now to suggest that he might have something more exciting planned. Even if that excitement probably still involves Jordan Henderson.

And what about penalties?

If we’ve learnt anything this World Cup, it’s that practising penalties doesn’t help all that much. Just ask Spain boss Luis Enrique, who claimed his side had taken 1,000 penalties before they missed every single one against Morocco.

So if practising doesn’t help, surely Southgate won’t make the same mistake as the Euro 2020 final and will this time avoid bringing on specialist subs should any shootout loom. The subsequent racist reaction was vile, and the players are all heroes for having the bottle to take one, but there are so few example of players coming on for penalties and not blowing it. Please don’t do it again, Gareth.

Walker: I will not roll out red carpet to Mbappe

In this article:Featured, FIFA, Manchester City