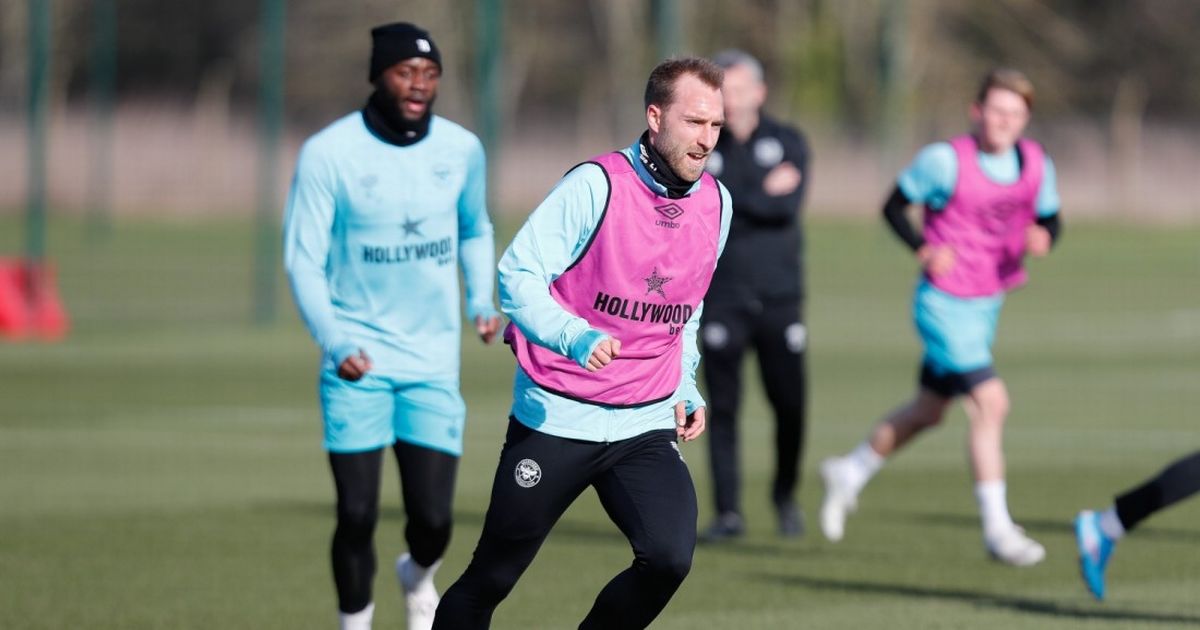 Thomas Frank is convinced Christian Eriksen will not be making his fairytale comeback with Brentford in the grip of a relegation battle.

Five consecutive defeats have left the Bees looking over their shoulders with Eriksen on the brink of crowning one of football’s greatest feelgood stories – eight months after he collapsed and went into cardiac arrest playing for Denmark at Euro 2020.

Bees messiah Frank insists he has not considered a scenario where the former Tottenham playmaker, who trained with his new club for the first time on Monday, is unable to play this season.

But as Brentford prepare to face champions Manchester City, he is also wary of throwing Eriksen into the anxiety of the whirlpool which leads back to the Championship.

Frank said: “You always want to get more points, and I’m fairly confident we will have more when Christian is ready to come back.

Can Christian Eriksen get back to his best with Brentford? Have your say in the comments section

“All our players are more or less fit now, we are a very competitive team in this league, we are difficult to play against, and of course if he is coming into a team where everything is clicking, it will be easier to come in and play well.

“We want to hit that perfect balance where he is in a good place because he hasn’t played for several months, and we need to get some mach minutes into him in a friendly – at least 45 minutes, to get used to having players around him.”

Frank has not put a specific time frame on Eriksen’s potential return, but he is talking about the Danish midfielder needing weeks – rather than days or months – to be ready, adding: “I’m a very positive person.

“I only prepare myself for the best scenario, and I am convinced he will come back at a good level.”

Eriksen returned to training in December after being fitted with an implantable cardioverter defibrillator (ICD), but left former club Inter Milan due to Italian regulations preventing him from playing with the device.

The 29-year-old joined Brentford in January, and will aim to make a Premier League impact with the London side just months after telling his partner he was adamant his playing days were over.

Brentford have taken only three points from a possible 21 since Christmas, but Frank has remained upbeat about their prospects of steering clear of trouble.

He said: “I always question myself after day or game if there’s anything I could have done better or optimise more.

“But if I can say one thing about myself, I’m fairly consistent – never too high or never too low in dealing with the players. We have a plan and I’m following it.

“The most difficult part in football is after a defeat because you always beat yourself up as a player or head coach when you lose.

“Coming back from Everton at the weekend, I was irritated because I hate losing – my body was burning because it was never a 4-1 type of game.”