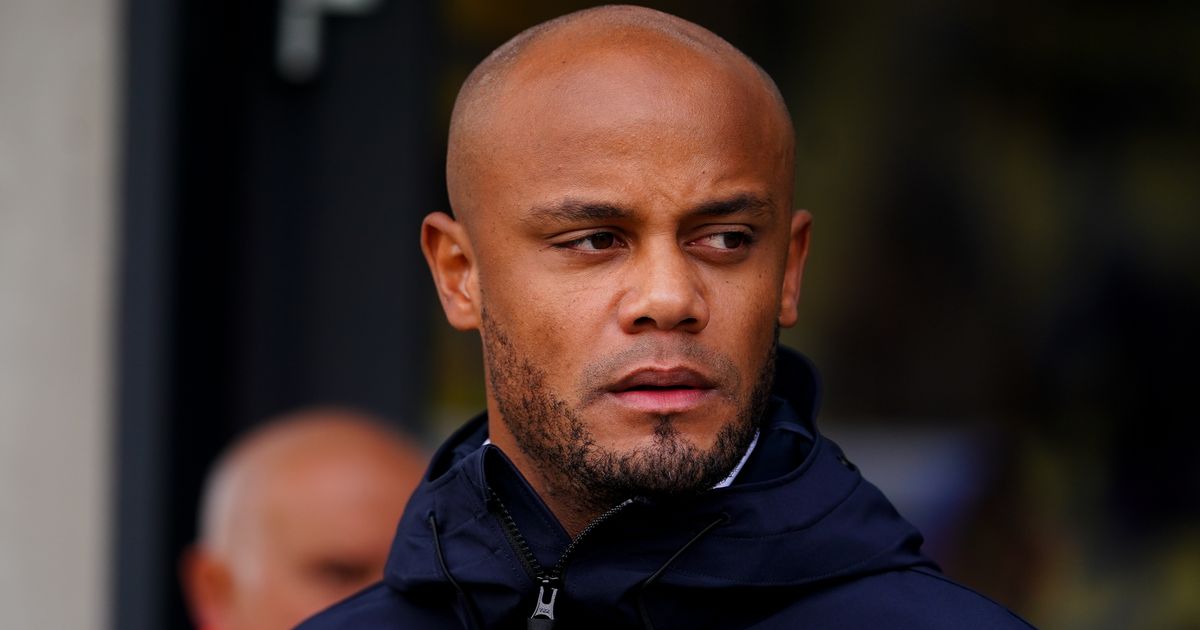 The bookmakers are far from convinced that new Burnley manager Vincent Kompany will secure an immediate promotion back to the Premier League.

Former Manchester City defender Kompany, 36, was named as the Clarets’ permanent successor to Sean Dyche earlier in June. He arrives at Turf Moor with a big repair job on his hands.

Not only were Burnley relegated to the Championship on the final day of last season, they are also yet to bring in any new players despite a clutch of long-serving stars departing. Captain Ben Mee left after 11 years at the club while the likes of James Tarkowski and Aaron Lennon have also sought pastures new. Nick Pope is expected to depart too, with Newcastle favourites to sign him this summer.

As if that wasn’t enough, the club’s financial position has been questioned as they have to pay back “a significant proportion” of a £65million loan at the end of the season. The loan was taken out as part of the club’s takeover by ALK Capital in December 2020.

Unsurprisingly, all of that has led to many bookies not fancying Burnley to go straight back up. BetVictor have them at 14/1 to win the Championship title next term. The fixtures, which were released on Thursday morning, have given Kompany a baptism of fire with a trip to last season’s beaten play-off finalists Huddersfield.

Norwich City won the Championship title in both 2019 and 2021

The clash at the John Smith’s Stadium is the EFL’s curtain-raiser and takes place on Friday, July 29 (8pm) live on Sky Sports . Elsewhere, Norwich are slight favourites to clinch a third Championship title in five years after finishing top in 2019 and 2021.

The Canaries are just ahead of fellow relegated side Watford, who are chalked up at 7/1. West Brom, who massively under-performed by finishing 10th last season, are expected to do much better this time around and are priced at 10/1 to finish on top.

Who will earn promotion to the Premier League next season? Have your say in the comments!

There are varying degrees of optimism over the three sides that came up from League One. Sunderland, back in the second tier for the first time in four years, are healthily priced at 20/1 to seal the title.

Wigan Athletic, who finished top of the third tier last season, are 33/1 to repeat the feat this term. Rotherham United, who also secured automatic promotion, are the highest price of all 24 clubs at 66/1. That is perhaps down to the fact that they have been relegated in each of their past three seasons at this level.