Why does Kylian Mbappe owe Karim Benzema an explanation? 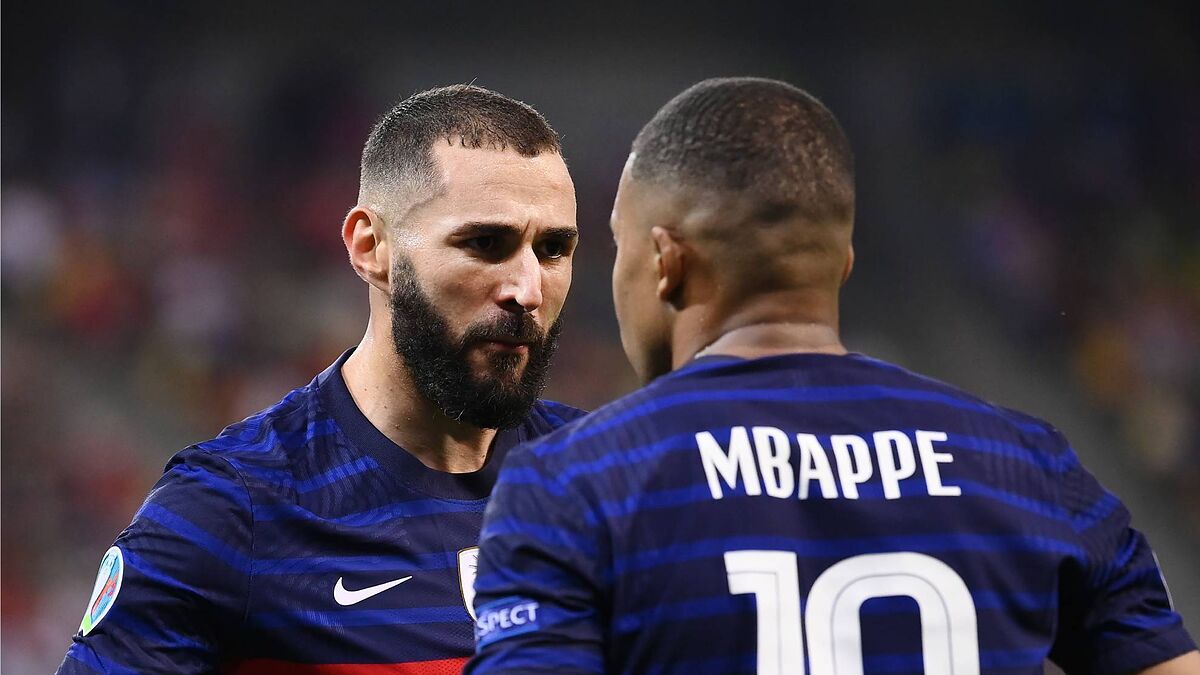 The majority of Real Madrid fans were disappointed with Kylian Mbappe‘s decision to stay at PSG until 2025.

From the fans to president Florentino Perez, who expected a signature from the Frenchman that would never come, to announce a transfer that ended up being botched.

In the Real Madrid squad, they were also counting on his arrival, especially his compatriot Karim Benzema.

In the end, the two great French stars will not be together at the same club and will only play together in the France national team.

In an interview with MARCA, Mbappe responded to the question of what happened with Karim.

“When I go to the France national team, I will explain to Karim why I stayed at PSG because we have a good relationship,” Mbappe declared.

But why does Mbappe owe the Real Madrid player an explanation?

Perhaps, Benzema is the player who is most upset and disappointed with Kylian’s decision to choose PSG over Madrid.

The Real Madrid striker shared a photo on Instagram. He uploaded an image of the rapper Tupac, who was shot dead in 1996 after being betrayed by one of his best friends.

From that post, it is understood that this was a ‘betrayal’.

The club had been working on signing Mbappe for a long time. However, another equally important job in the shadows was done by Benzema to prepare for the possible arrival of the PSG player in the Real Madrid dressing room.

He did it at the France national team training camps, where Benzema was always in the company of Mbappe, mentoring him and acting as a big brother of sorts.

Benzema, one of Madrid’s legends and the most important player for Carlo Ancelotti, spoke to him about what Real Madrid is all about.

But it wasn’t just off the pitch that they were on the same wavelength; on the pitch, too, the chemistry was palpable, with Benzema and Mbappe‘s understanding with each other.

France won the 2021 UEFA Nations League with a narrow 2-1 victory over Spain. And, interestingly, Benzema and Mbappe scored the goals.

With Mbappe, we’d score twice or three times as many goals

Benzema recently spoke of this understanding in an interview with the French newspaper L’Equipe.

“I like playing with him in the national team and I’d like to play with him at club level,” Benzema explained.

“I think we’d score twice as many goals, maybe even three times as many! I get on well with Mbappe in the national team because we know what each other is going to do.

“For example, we both like to play on the left, but we’ll never both be there at the same time.”

Now, the situation is completely different. That is why Mbappe has said publicly that he will talk to Karim.

However, the PSG player remains silent on Karim’s candidacy for the Ballon d’Or, with an ambiguous answer on TNT Sports Brazil:

“It’s difficult because the season is not over. There are many candidates and we have to wait to see who will do what. It’s the first year in which the rules have changed,” he admitted.

Benzema is one of the overwhelming frontrunners for the Ballon d’Or, depending on what happens in the Champions League final against Liverpool.

After the renewal of Mbappe‘s contract with PSG, the concern in France has shifted to the upcoming conversation between their two stars.

The French will be looking for their second consecutive World Cup triumph in Qatar, but for their chances to increase, they will have to recover the friendship between Benzema and Mbappe, which is not at its best at the moment.