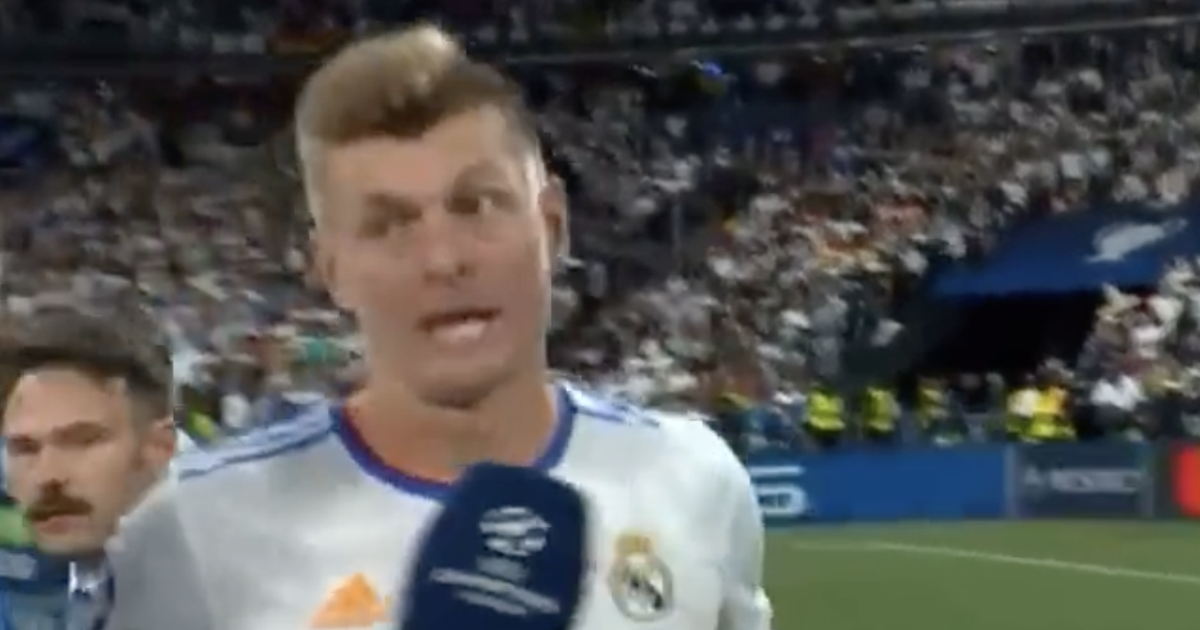 It was celebration time for Real Madrid after they won yet another Champions League – but Toni Kroos had his mood dampened by an interview with German TV.

The Germany international was a key part of his fifth Champions League win as Vinicius Jr’s second-half winner saw Carlo Ancelotti’s side beat Liverpool in Paris. Liverpool had 24 shots compared to Real Madrid’s four but could find no way past a well-organised defence marshalled by man of the match Thibaut Courtois.

After the game, 2DF quizzed Kroos on whether the game turned out as expected and whether he was surprised they were forced to soak up so much pressure against Jurgen Klopp’s side. And Kroos did not take too kindly to what he deemed to be “negative” questioning from his homeland, storming out of the interview after losing his patience with the reporter.

“You had 90 minutes and you come up with two s*** questions,” he complained before walking away. “Two negative questions, you can tell right away that you’re German.”

Kroos was not the only Real Madrid player to be somewhat uptight in his interview immediately after the game. Goalkeeper Courtois spoke to BT Sport and took the chance to urge fans in England to put “respect” on his name after his stunning display.

Kroos stormed out of the interview and cut the conversation short
(

“I saw a lot of tweets saying I would get humbled,” Courtois declared. “It was the other way round. Today I needed to win a final – for my career, for all the hard work, to put respect on my name because I don’t think I have enough respect, especially England. I saw a lot of criticism that I was not good enough or whatever.”

Asked what it meant to win the Champions League, he replied: “I’m just really happy and proud of the performance of the team, and when I needed to be there I was there for the team. We have beaten the best clubs in the world, together with us. Liverpool were very strong today. I think I played a great game and that was the difference.”

It was manager Carlo Ancelotti’s fourth Champions League triumph, and he declared: “I can’t believe it. We had a fantastic season.

The midfielder walked back past the reporter and reiterated his displeasure
(

“We did really well. It was a difficult game and we suffered a lot, more so in the first half. In the end I think we deserved to win this competition. We’re really happy. What can I say? I can’t say more.

“I am a record man. I had luck to come here last year and have a fantastic season. A fantastic club, a really good squad with a lot of quality and mental character.

“The season was top. I think we passed through really difficult games. The supporters helped us a lot in the last game. They helped us tonight. We’re happy and they’re happy.” 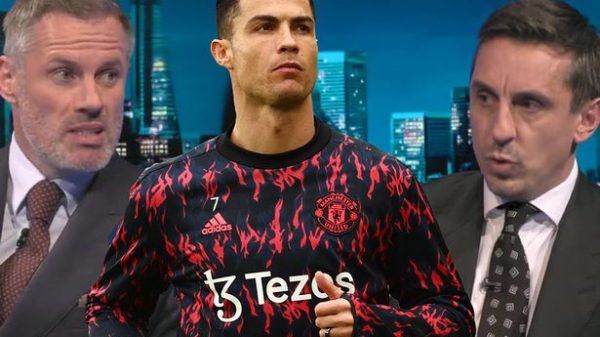