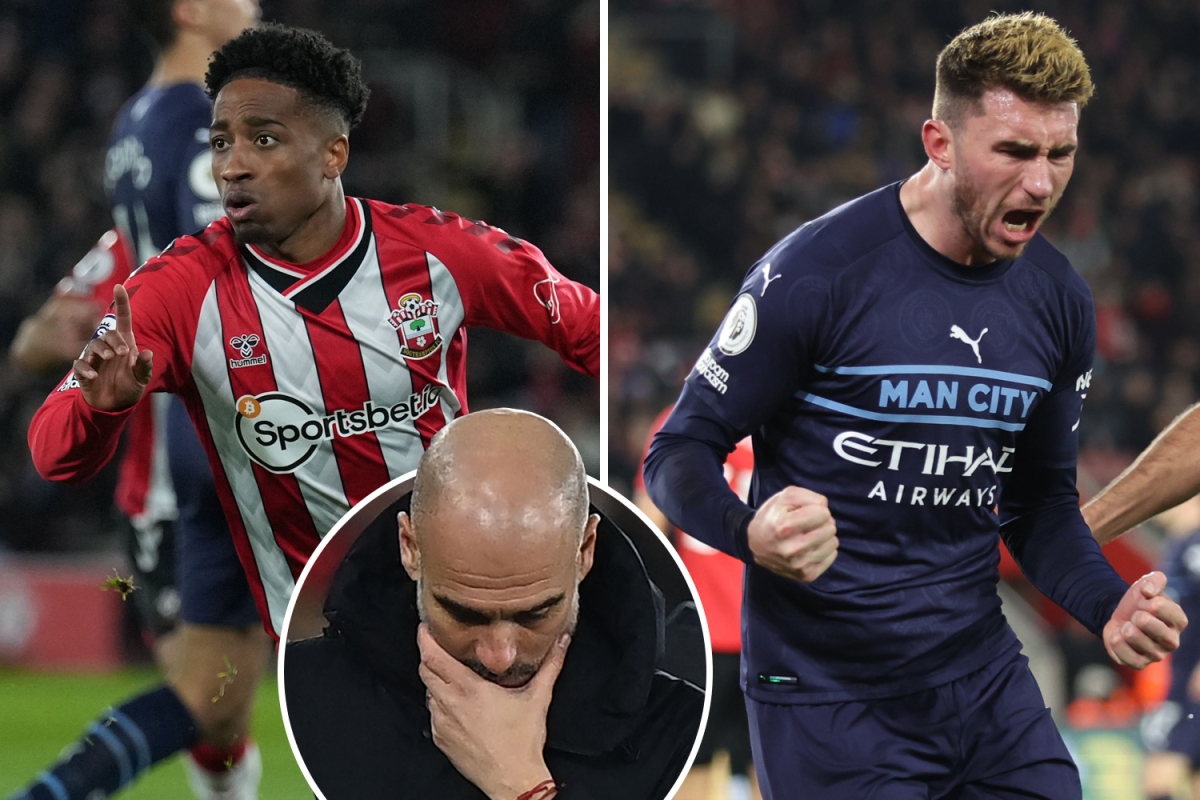 MANCHESTER CITY dropped their first Premier League points since OCTOBER to give their title rivals a glimmer of hope.

Pep Guardiola’s men had won 12 Premier League games in a row going into this game but Saints had beaten them here two seasons ago, as well as earning a 0-0 draw at the Etihad earlier this term.

The hosts barely touched the ball in the opening stages but then were suddenly ahead when full-back Walker-Peters played a neat one-two with Nathan Redmond before crashing the ball past Ederson with the outside of his foot.

It was a fantastic strike and spurred on Ralph Hasenhuttl’s side, who had a clinical finish by Armando Broja ruled out for offside midway through the first half.

Jan Bednarek was a tad lucky only to receive a yellow card when catching Jack Grealish high on the ankle which had the £100million man writhing in pain.

Bednarek almost netted just after half-time when he headed on James Ward-Prowse’s corner at the near post, but Ederson was in the right place and pushed the ball away.

Ward-Prowse had been dubbed the best free-kick taker in the world by Pep Guardiola before the game.

And it was from one of the England man’s dead-balls that Saints struck the post, as Broja stuck the woodwork following Ward-Prowse’s corner, before Bednarek smashed over.

City were looking out of ideas but then out of nowhere were level as Laporte ran from deep to head home De Bruyne’s free-kick.

The visitors pushed on from there with De Bruyne rattling the post with a brilliant strike from outside the area.

De Bruyne was then taken out as he burst into the area by a combination of Mohammed Salisu and Oriol Romeu.

VAR had a good long look at it but eventually deemed the offence to have happened outside the box.

Stuart Armstrong was then holding his breath when catching Laporte with a high foot on the Spaniard’s thigh, yet Stockley Park claimed it was not a sending-off offence.

Southampton held on for a well-deserved point to put a minor dent in City’s title charge.

But Guardiola’s men are still 11 points clear of second-placed Liverpool so the smart money certainly remains on them lifting a fourth Premier League crown in five seasons.