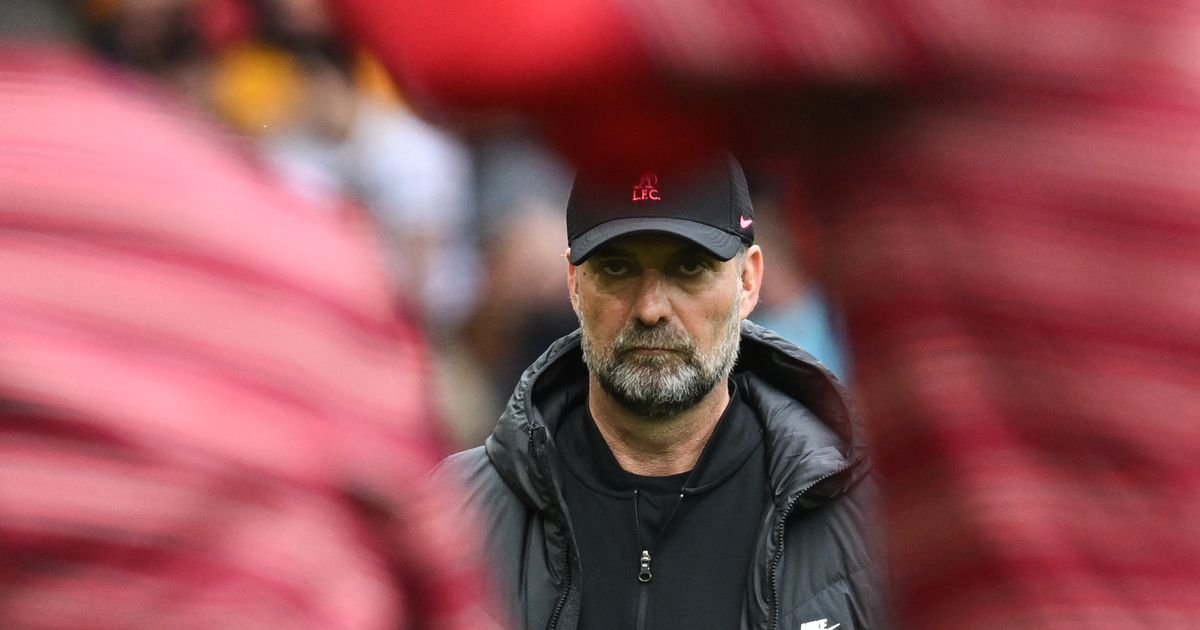 Jurgen Klopp could seal a treble with Champions League glory, but Manchester City pipping Liverpool to the Premier League title took something special from Pep Guardiola

Pep Guardiola should have been Manager of the Year, not Jurgen Klopp.

With all due respect to the League Managers Association, who awarded their end-of-season accolade to Klopp, the Premier League is the hardest competition to win in football. It’s 38 games of unrelenting, unforgiving endurance, and Guardiola had to see off arguably the finest Liverpool team ever assembled to win a fourth title in five years with Manchester City and deny them a possible Quadruple.

Now Klopp must win the Champions League final against Real Madrid to prevent Liverpool’s season ending in double disappointment. I’d love to see them do it – but I’m not sure they are nailed on for a happy ending.

Until last Sunday, the Quadruple was still alive. And yet Klopp may be left with only two domestic cups from what could have been an unprecedented, all-conquering season. There’s no way on earth that you could describe two cups, a Champions League final and missing out on the title by a point as failure.

But you could argue it would be a disappointment. For me, there will be three key areas at the Stade de France. Virgil van Dijk must win his duel with Karim Benzema, whose scoring exploits in this year’s Champions League have been phenomenal.

In midfield, Thiago’s fitness will be massively important. If he is fully fit, Liverpool will have the opportunity to control the game – but if he is even slightly off the pace, Real will have more possession, allowing Luka Modric and Toni Kroos to control the tempo.

Have Your Say! Is Klopp or Guardiola your pick for Manager of the Year? Join the debate here.

Jurgen Klopp can still collect a treble this season
(

And thirdly, Trent Alexander-Arnold – such an effective attacking weapon – cannot afford to be too gung-ho. If he ventures forward too far, too often, and Liverpool’s defensive high line is exposed, Vinicius Junior has the pace to exploit the gaps behind.

On the other hand, Real Madrid are not watertight at the back. They are there to be got at: fourth-placed Sevilla conceded fewer goals in La Liga this season and Liverpool’s front three have the guile to give them a guided tour of the French capital.

But just because Liverpool lost the 2018 final against the same opponents, it doesn’t mean revenge will be served four years later. Football doesn’t work like that. And they have to lift themselves after the cruel finish to the title race.

For 75 minutes last Sunday, the dream scenario appeared to be unfolding: City were 2-0 down, and you just knew Liverpool would find a way to beat Wolves in the last 15 minutes at Anfield. But City’s supreme fightback killed the Quadruple dream – and now Klopp must ask his players to go to the well one more time and find a way to deliver one more big performance.

It’s easier said than done when your hearts are breaking and you’ve toiled through 63 games in all competitions. Whatever happens in Paris, I believe this Liverpool team is one of the greatest we’ve ever seen in English football – but they need to win the Champions League final to settle that argument conclusively.

And even if they win three trophies this season – Champions League, FA Cup, League Cup – I still believe Pep is the manager of the season because it took something special to deny Klopp a clean sweep.