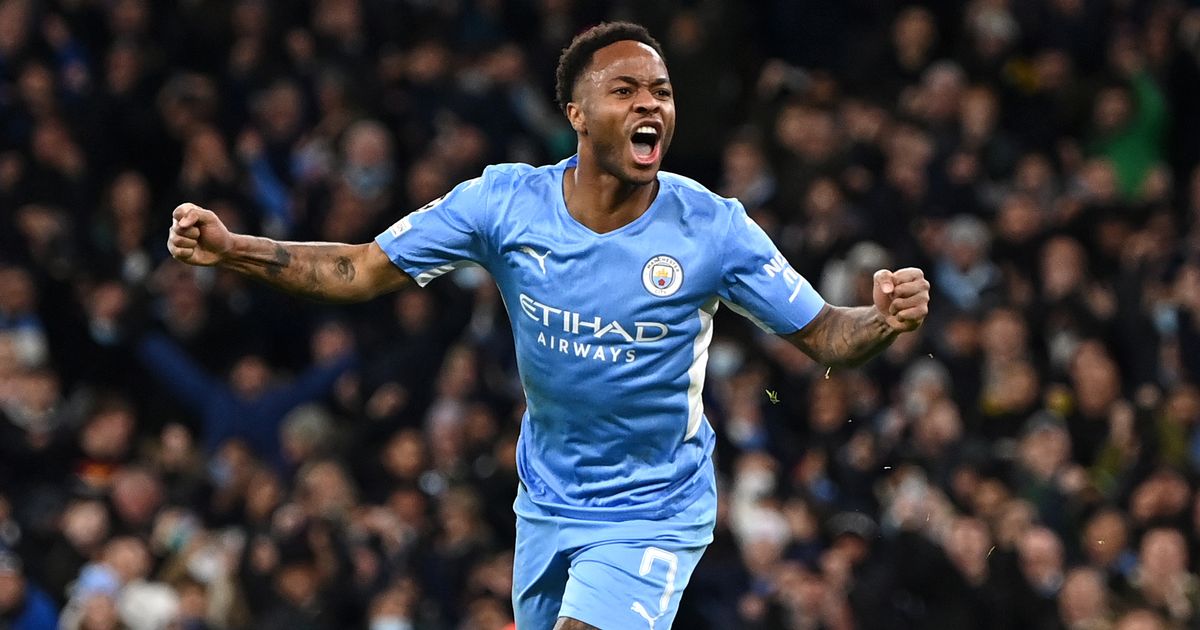 Sterling starred as Manchester City defeated a determined Brentford on Wednesday night, with Pep Guardiola’s men going 12 points clear at the top of the Premier League

Guardiola comments on social media footage of Grealish at club

Raheem Sterling has made history by breaking a Premier League record during Manchester City ’s win over Brentford on Wednesday night.

The Englishman was named to start on the left of the front three by Pep Guardiola for the visit of the Bees to the Etihad Stadium, with the 2-0 win ensuring City are now 12 points clear at the top of the division.

City came up against a determined Brentford and struggled to turn their dominance into clear-cut chances in the opening stages of the clash.

But they finally did break the deadlock five minutes before the break when Sterling broke into the box and drew Mads Roerslev into making a rash tackle that led to referee Darren England pointing to the spot.

HAVE YOUR SAY! Who was Manchester City’s man of the match as they defeated Brentford? Comment below.

Riyad Mahrez stepped up and sent Bees keeper David Raya the wrong way with his spot-kick to put City ahead.

Sterling also played a crucial role in his side’s second goal, forcing Raya into a save, with the subsequent rebound finding its way to Kevin de Bruyne who fired in.

As well as the three points, Sterling’s performance also resulted in him setting a new Premier League record.

The first-half spot-kick was the 23rd penalty that Sterling has won since making his top-flight debut with Liverpool back in 2012.

That is a new record in the division, with no other player having won more penalties than the winger.

While he played the critical role in winning the penalty, Sterling paid tribute to the scorer of the spot-kick, Mahrez.

“It was a difficult one against a tough team to break down but you know we got the three points we needed in the end,” he told City’s club website.

“First game at their place was a difficult one, they came here and done the exact same thing, but we just needed to keep playing and the chances will come.

Sterling won a first-half penalty, the 23rd time he has done so in the top-flight
(

“I was close to the box and just tried to enter the box and tried to create something. I was initially looking to a get a cross in.

“But he stuck his leg out and fouled me so sometimes you need that bit of luck. We’ve got a designated penalty taker and that’s Riyad, he’s been crucial from the spot.

“He’s practicing and he’s been vital for us in those moments when we do have a spot-kick. All we can do is to keep playing, keep trying to win game by game and that’s another step in the right direction.”

City boss Guardiola hailed Sterling for handing his side an opening against a team who had been resolute up to final five minutes of the first period.

“It was a really tough game. They defended with high pressing man to man and when you break this press they defend so deep and compact, there are no spaces,” he said.

“We had to be patient, make no mistakes. Thanks to good movement from John Stones to break the lines and a good action from Raheem for the penalty, then the second half was much better.”