Ole Gunnar Solskjaer is attempting to convince Edinson Cavani to extend his Manchester United contract by selling the impact of the club’s supporters.

The Uruguayan has netted 12 goals this season despite injuries and is yet to decide his future. 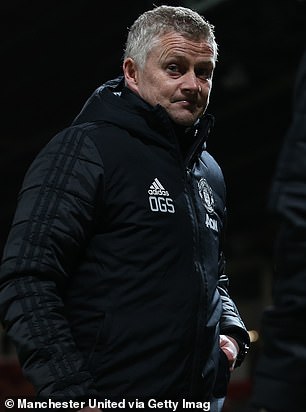 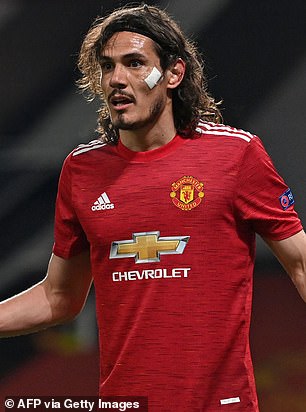 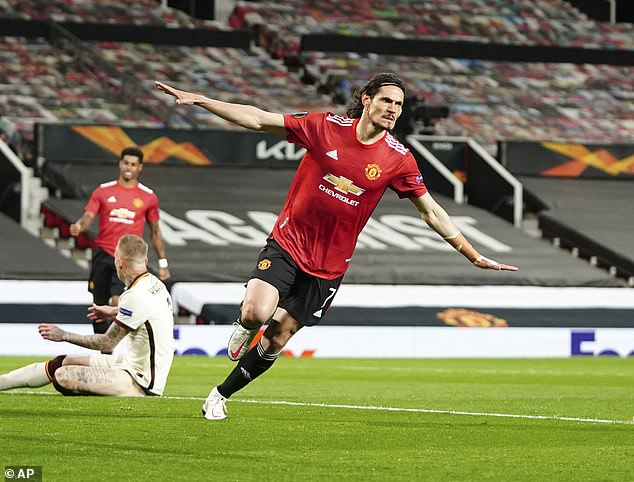 ‘I promised him Old Trafford is a different place with fans,’ Solskjaer said.

‘He has to feel, scoring those goals at the Stretford End, with fans.

‘We’ve got the best fans and as a goalscorer there’s no better thing to score in front of them.

‘Manchester is a fantastic place to live. I’m doing my best. Hopefully he can see himself being here for another year. 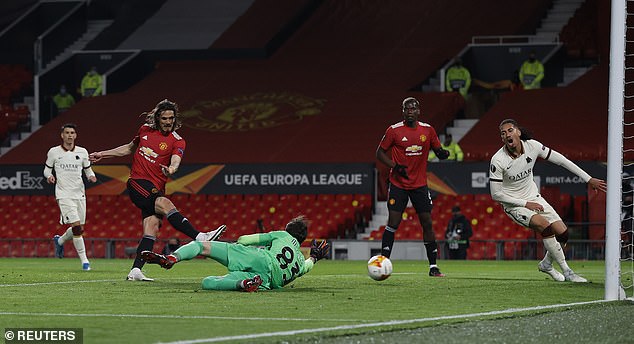 ‘He knows my feelings, he knows I’d love to have him for another year.

‘I’m delighted with him, you can see difference in him when he’s worked on fitness. He looks like he’s making up for lost time. He was out for seven months before coming to us.

United are now in the driving seat to reach the Europa League final as they head to the Italian capital next week with a four-goal advantage.

Roma were leading 2-1 at half-time after Lorenzo Pellegrini’s penalty and Edin Dzeko’s tap-in cancelled out the opening goal from Bruno Fernandes.

However, United blitzed their opponents in the second half to turn the tie on its head.

‘[It was a] good reaction at half-time,’ Solskjaer added.

‘The second half we did that part better and of course that creates moreopportunities to attack.’

The Red Devils play Liverpool in the Premier League on Sunday before travelling to Rome for the return fixture next week.