Legendary Liverpool striker Michael Owen has sensationally floated a “wild” theory that Sadio Mane has been avoiding trying to win penalties for the team, because fellow attacking star Mo Salah scores goals from them.

The reigning champions’ struggles continued with a fifth consecutive home league defeat for the first time in their history as Mason Mount’s strike moved Chelsea into the Premier League’s top four with a 1-0 win at Anfield.

Mane burst into the box early in the first half after a clever first touch and appeared to cop slight contact, however he didn’t opt to go to ground, instead chasing the ball but failing to regain it.

“I couldn’t believe he didn’t go down there and look, I’m not advocating he does,” Owen said on Optus Sport.

“It was a great touch and he possibly thought he might get a chance at the end of it … but he did something similar a week ago (against Sheffield).

“…… I just wonder, and it might be a little bit of devious thoughts creeping into my head, Mo Salah is the penalty taker in this team, and if he (Mane) thinks he’s getting a chance to score he thinks ‘well I’m going to score, if I don’t stay on my feet, Mo Salah’s going to get another penalty’.”

Owen said the world’s best strikers were renowned for being “selfish, in a way” and ultra-competitive.

“These players have been going for the golden boot for the past couple of seasons,” Owen said.

“It might be a wild sort of theory, but the competitive nature of him and Mo Salah … we’ve seen them not passing to each other when one of them is in a much better position to the other.

“I just think a couple of times there, I’ve seen Mane go down for those kind of opportunities … and (to not do it) two games on the spin? It just made me think a little bit.”

Klopp took the surprise decision to withdraw the Premier League’s top goalscorer Salah in the second half as Diogo Jota made his return from a three-month injury layoff.

The Egyptian shook his head in frustration at the call in a further sign all is not well in the Liverpool camp.

Salah’s agent responded with posting a full stop on Twitter, suggesting the 28-year-old’s time at Anfield may be coming to an end.

“I just brought on fresh legs. Mo looked like today he suffered a bit, he played a lot of games. I could have taken off Sadio (Mane) or Bobby (Firmino), that is all clear but at that moment it looked like Mo,” explained Klopp

A migrant worker died at Saudi Arabia’s training facility during the group stages and World Cup CEO Nasser Al-Khater has caused outrage in his... 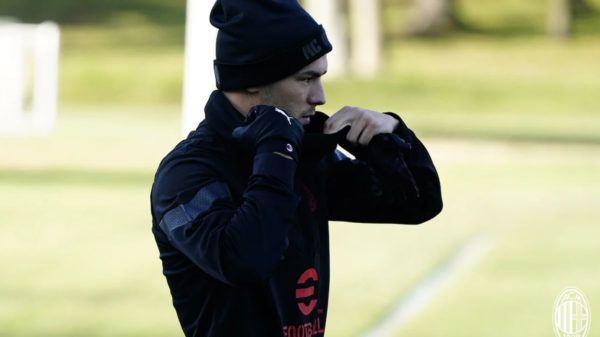 Brahim Diaz did not take part in Milan’s friendly match against Lumezzane at Milanello this afternoon, and the reason has now emeged. According to...