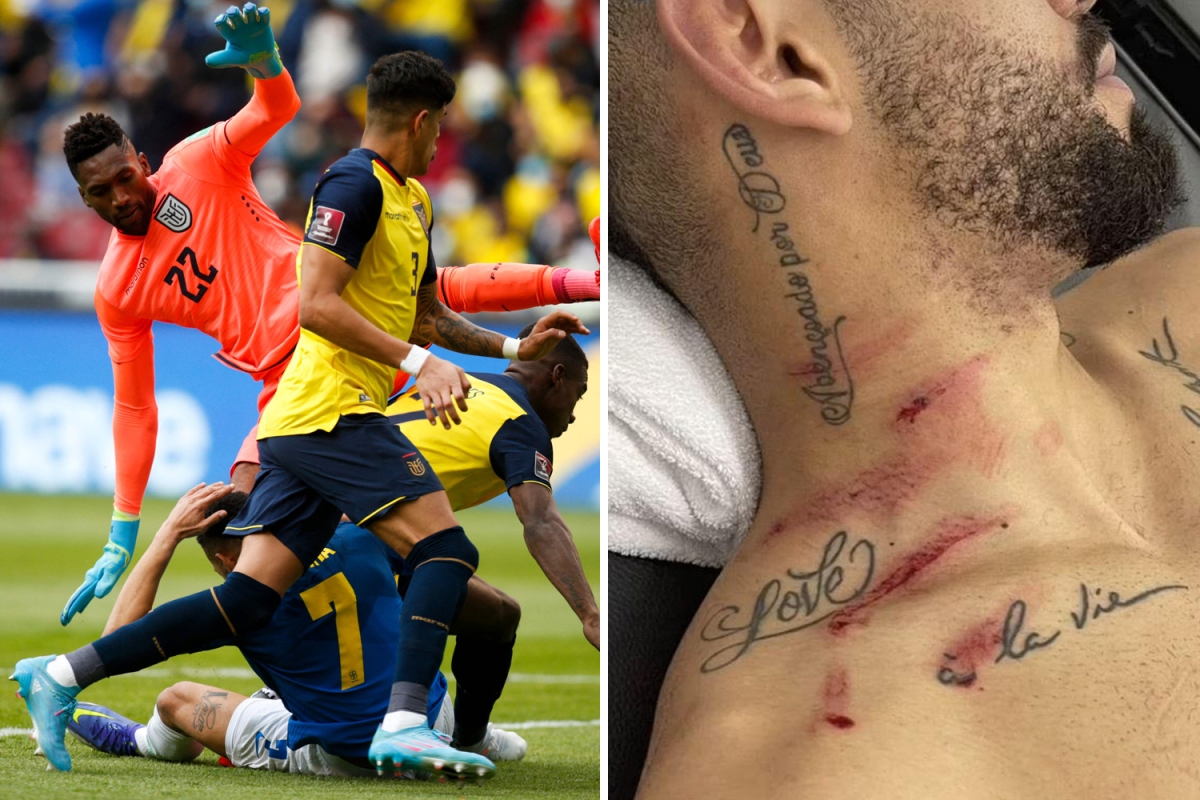 MATHEUS CUNHA has revealed gruesome grazes on his neck after a horror foul in Brazil’s 1-1 draw with Ecuador.

The 22-year-old star was on the receiving end of a karate kick tackle from goalkeeper Alexander Dominguez on Thursday night.

Cunha was through on goal when the goalkeeper came out and made the incredibly dangerous challenge – which saw his studs rake across the striker’s neck.

Dominguez was shown a red card by the referee after a VAR review.

The Brazilian has since released an image of the injury on social media, which shows at least six painful-inducing cuts down the right side of his neck.

He took the time to reassure fans, saying: “I’m fine.”

But, that was not the last of the drama.

In the same game Liverpool goalkeeper Alisson was shown TWO reds, both of which were overturned by VAR.

The Reds’ man was first dismissed in the 26th minute for a dangerous challenge on Enner Valencia, but his red downgraded to a yellow.

A similar situation then happened in stoppage time, but VAR footage revealed that he had actually won the ball.

After all drama ensued, the game ended 1-1.

Brazil have already secured their place in the World Cup, whilst Ecuador sit third in the table and look likely to qualify.

Gustavo Alfaro and his team take on Peru.