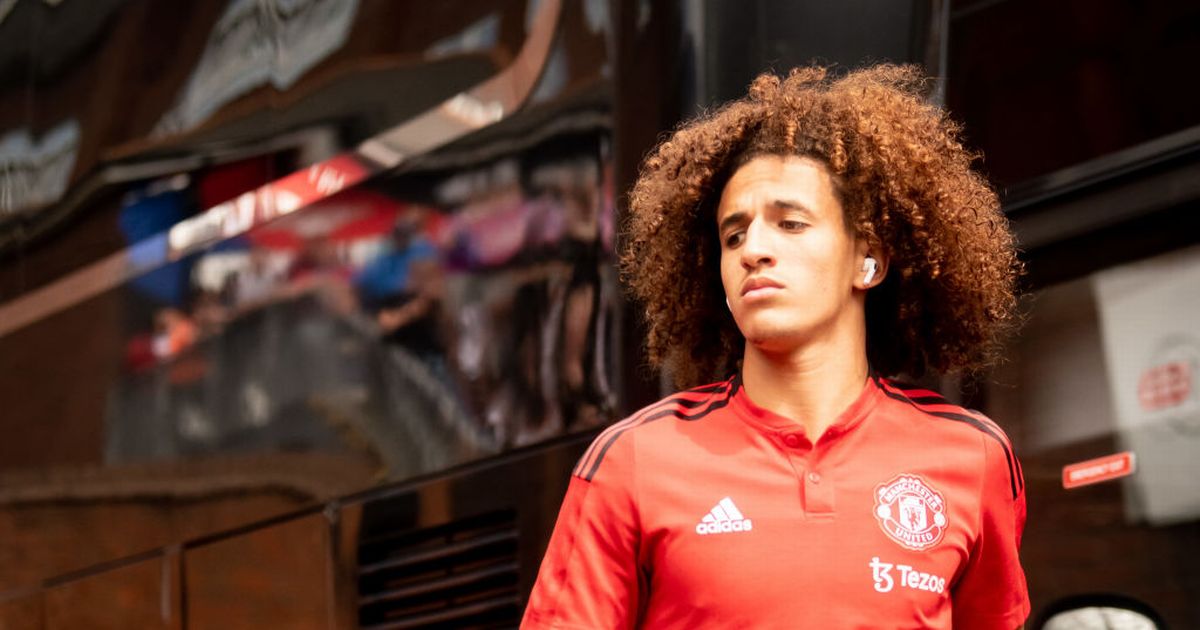 It only took hours from Manchester United’s miserable season concluding for the ‘Old Trafford whodunnit’ to finally be solved.

Following the 4-0 defeat at Brighton earlier this month reports surfaced of a training ground bust-up between two unnamed United players. Social media was awash with speculation over those involved, with no clear answer presenting itself in the final weeks of the campaign.

But less than 24 hours after the Red Devils’ worst ever Premier League season ended with a 1-0 defeat at Crystal Palace, the Daily Mail reported that it was in fact Alex Telles and Hannibal Mejbri that let their frustrations get the best of them.

Hannibal wasn’t involved in the debacle at the Amex Stadium, left out of the squad and likely left open-mouthed like so many of United’s despondent supporters. But staff at Carrington clearly didn’t hold the altercation against the academy graduate, with the 19-year-old handed a start at Palace on the final day.

It was perhaps another sign of the aggressive and combative edge that has been so sorely lacking from United’s feeble displays this term. Fans were given a glimpse of that approach in the closing stages at Anfield, refusing like so many of his team-mates to be toyed with by the superior Liverpool players.

Hannibal was criticised by neutrals for a robust tackle on Naby Keita, but those attached to United saw his actions in a different light. Speaking on commentary, Gary Neville said he was an example to his senior colleagues, who had let Liverpool pass around them with ease during the 4-0 defeat.

HAVE YOUR SAY! Should Hannibal be given a bigger chance at Man Utd next season? Let us know in the comments

He said: “It takes a young kid to come on and show the rest of them how to sprint for the ball and put a challenge in. I’m actually proud of him! Maybe he doesn’t like the idea of Liverpool players passing it round him. I wish the rest of them were the same.”

After being criticised for his appraisal, Neville clarified his comments, adding: “That is why I aired on to the slightly unprofessional side of commentary tonight. When I said that the kid [Mejbri] to be fair I was proud of him because he was going round trying to top people and trying to kick people.

Hannibal started United’s final game of the season, away at Crystal Palace

And that was the feeling behind the scenes as well, with the Tunisian international following direct orders from the bench to go and impose himself on proceedings, according to the Athletic.

There was also the suggestion that his ugly-looking challenge on Keita was a direct response to a tackle on Jesse Lingard minutes earlier, proving he was ready to defend his United team-mates.

Hannibal was subsequently left out of the next four Premier League matches, but following the incident with Telles he was thrust back into the starting line-up. There is an acceptance that the youngster will have to temper his aggression, but he is at least showing the kind of passion United will need to return to relevance.