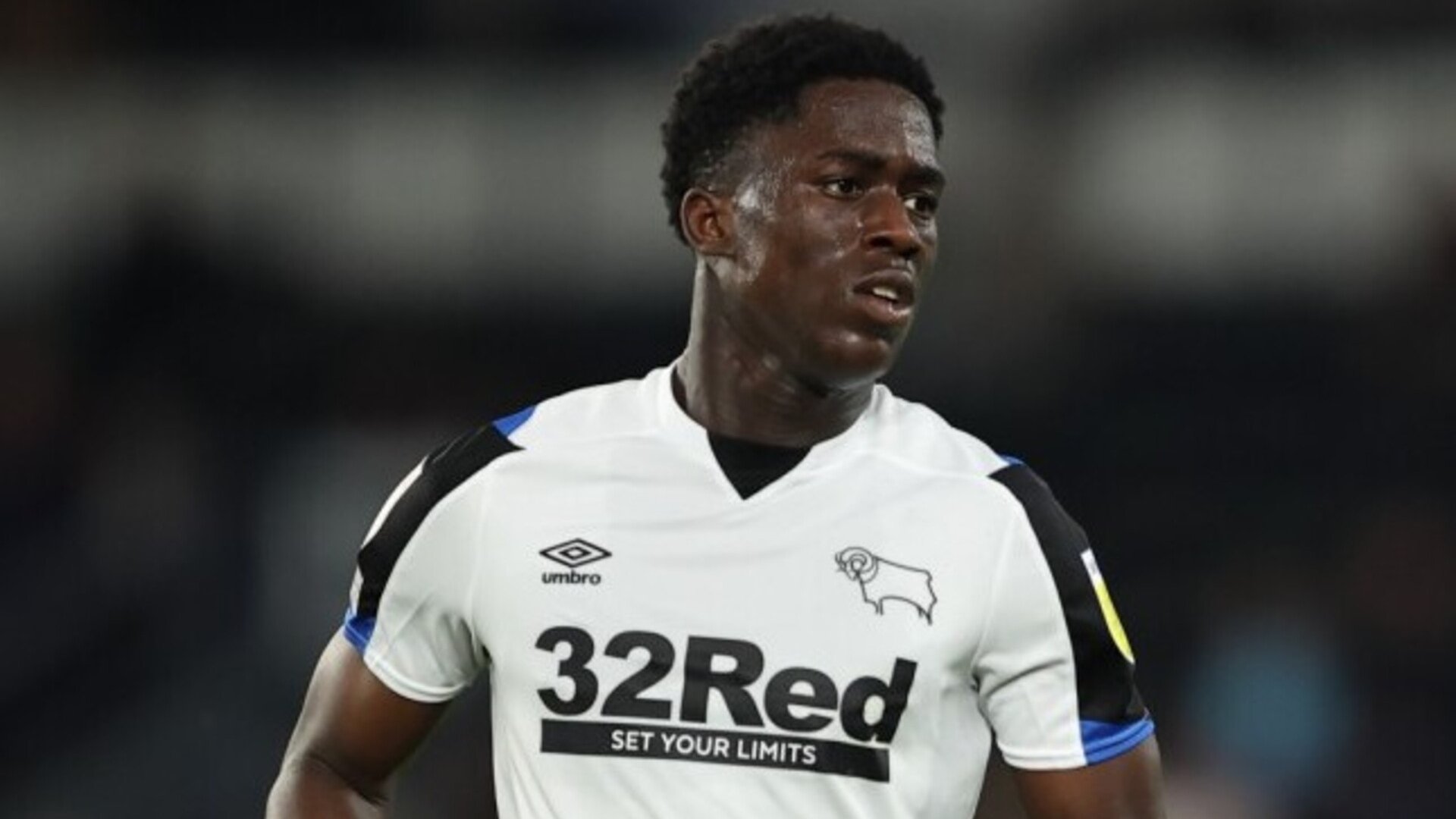 The winger, 18, has caught the eye of several Premier League clubs in his debut campaign for the Rams this season.

He has impressed United legend Wayne Rooney who promoted him to the first-team after watching him perform well in the youth sides.

Now United are looking to strike a deal for the youngster with his contract expiring in the summer, report the Daily Mail.

Newcastle have reportedly joined the Red Devils in the race to sign Ebiowei, who made 16 appearances this term, scoring once.

He also scored seven goals in seven games for the under-18 side, sparking attention from Tottenham and Crystal Palace.

But United could have the upper hand in signing the prodigy as Rooney is likely to put in a good word.

After Ebiowei impressed against Coventry in March Rooney said of the attacker: “He’s brave, he’s not afraid to take players on, get tackled, and make mistakes.

“I thought he was excellent all game. He was the best player on the pitch.

“It is one of the best performances I have seen from a young player consistently for 90 minutes in a long time and he deserves that because he’s worked so hard.

“His attitude is incredible and he’s an exciting young player.”

The winger’s desire to work hard could appeal to Erik ten Hag as he looks to reshape his United squad.

Ebiowei did not lose his place in the side after breaking into the starting line-up and started the last 11 games of the season.

Ten Hag is after players who “work hard and always give 100 per cent” and it seems Ebiowei fits that criteria.

It is perhaps no surprise the Dutchman is seeking to raid former club Ajax for players he is familiar with – defender Jurrien Timber appears to be one of his transfer priorities this summer.