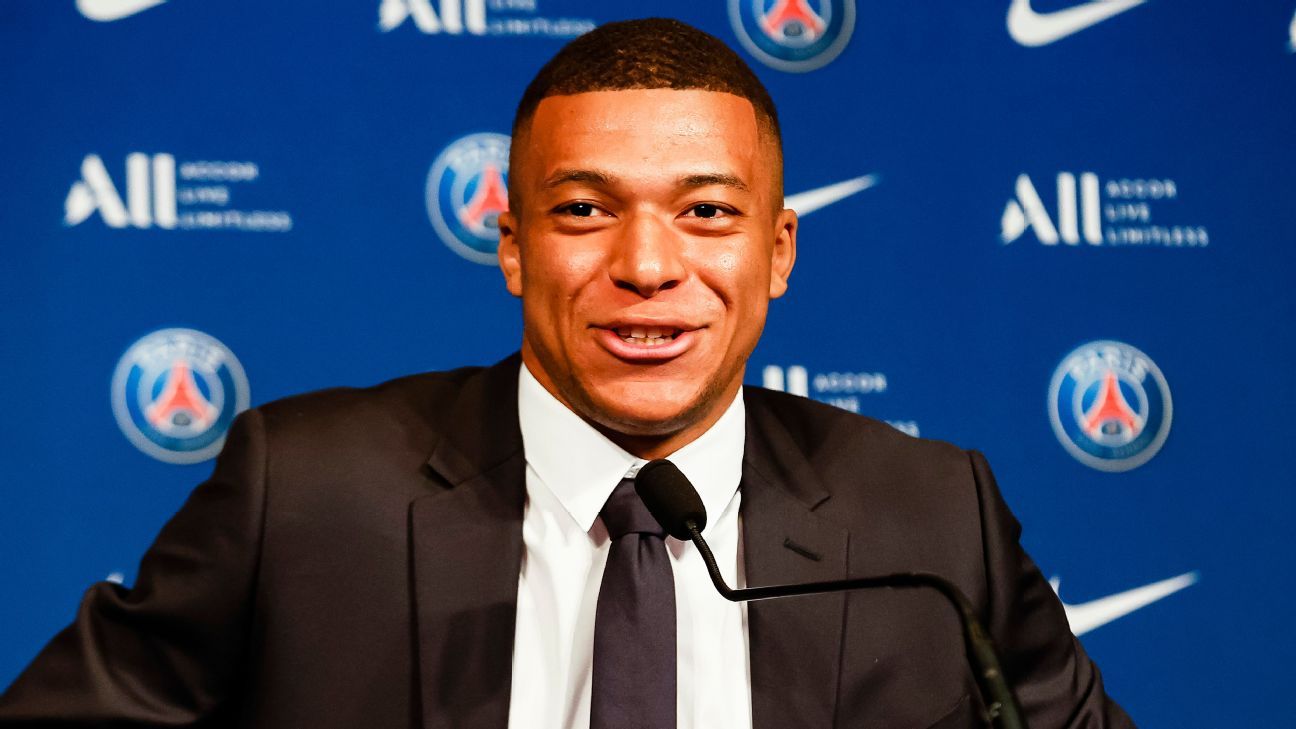 Kylian Mbappe has said Liverpool were one of the clubs he spoke to before deciding to extend his stay at Paris Saint-Germain, and that he had also met with the Premier League side in 2017 when he was still at Monaco.

Mbappe had been widely tipped to join Real Madrid this summer but stunned the LaLiga champions by signing a contract extension until 2025 with PSG last week.

– Why Mbappe chose PSG over Real Madrid: The inside story
– Stream ESPN FC Daily on ESPN+ (U.S. only)
– Don’t have ESPN? Get instant access

Juergen Klopp said earlier this month that Liverpool were interested in Mbappe and the player said there had been some contact.

“We talked a little bit, but not too much,” Mbappe told the Daily Telegraph. “I talked to Liverpool because it’s the favourite club of my mum, my mum loves Liverpool. I don’t know why, you will have to ask her.

“It’s a good club and we met them five years ago. When I was in Monaco I met them. It’s a big club. Of course, it was between Real Madrid and Paris Saint-Germain in the end.”

Liverpool and Madrid will meet in Paris in the Champions League final on Saturday.

Mbappe told a news conference on Monday that his decision to snub Madrid for PSG was not about money but rather about the “sporting project.”

The forward denied that PSG offered him the club captaincy — as well as input on transfer policy and other key decisions — to persuade him to stay in Paris.