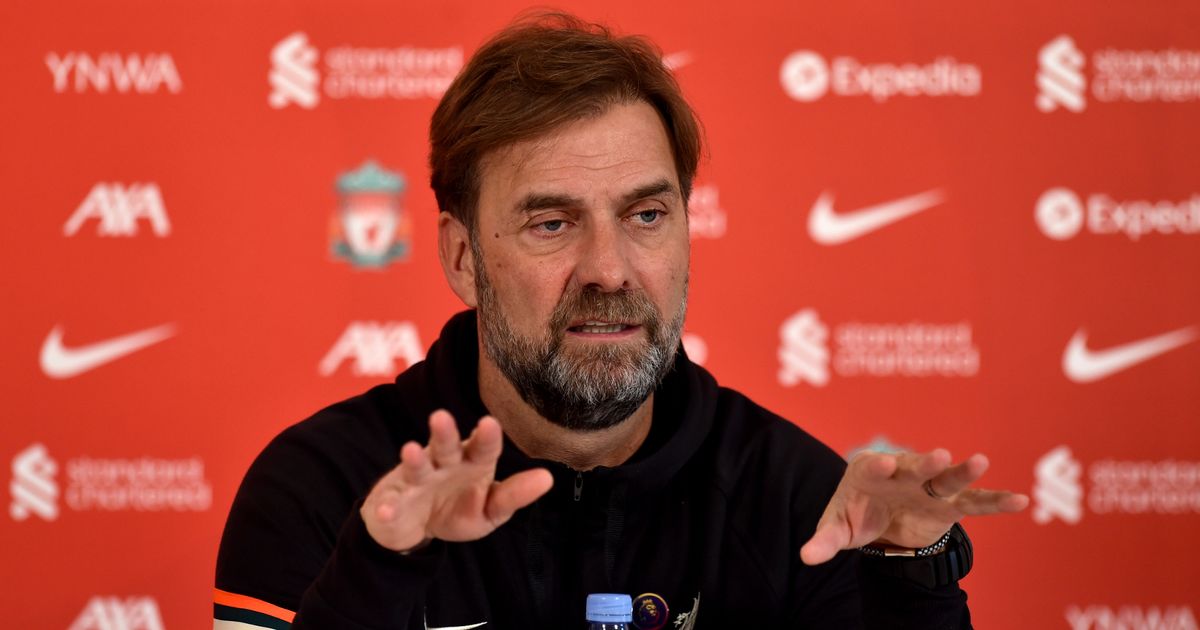 Liverpool stars Mohamed Salah and Sadio Mane will face each other in the Africa Cup of Nations final on Sunday, as 2017 runners-up Egypt take on 2019 runners-up Senegal

Jurgen Klopp has told told Mohamed Salah and Sadio Mane they are on the verge of achieving “something really big” ahead of the Sunday’s Africa Cup of Nations final – but warned one will suffer heartbreak at full-time.

Salah’s Egypt will take on Mane’s Senegal for the ultimate prize in African football, a tournament neither player has had the honour of winning so far in their illustrious careers.

Mane suffered heartbreak at the last AFCON final two-and-a-half years ago, losing to Algeria and Manchester City star Riyad Mahrez in the final – held in Egypt.

Salah has also tasted defeat in the final, as a late Vincent Aboubakar goal gave Cameroon a 2-1 victory against Egypt in Gabon. Saturday will be the fifth anniversary of that game.

One of Liverpool’s finalists will break their duck on Sunday and Klopp has warned them about the magnitude of the occasion.

Who will win Sunday’s AFCON final? Let us know in the comments below!

“Great achievement for both getting through to the final,” said the Liverpool manager ahead of his team’s FA Cup tie against Cardiff on Sunday afternoon.

“Naby [Keita of Guinea] played an exceptional tournament as well. So far, a really successful tournament for our boys and it will be exciting.

“It won’t be easy because one will be really happy afterwards and one less so. It’s a chance to achieve something really big.”

“Tuesday or Wednesday is the latest the winner will be back, the other slightly earlier. I have to talk to them. They have rhythm as they’ve played quite a few games!”

Both Salah and Mane have expressed their desire to win the AFCON on Sunday.

“Of course I want to win something with the national team,” said Salah last month. “It’s my country, what I love the most.

“This trophy for me would be completely different, would be the closest to my heart. We were close before to win this African Cup [in 2017], we gave it everything but we were not lucky to win it.

“But it’s ok, now we are here in the new one. We have to fight for it, we have to give everything to win it and I’m sure the players have the same feeling.”

Mane added: “All the players know that we are very close to it now. Being close again to the trophy doesn’t matter.

“We still have to work hard to win because we’ve been in the final years ago and this time we must do everything not let it slip. We have to win.”

Mane was also keen to praise Senegal manager Aliou Cisse, who has been criticised on several occasions during his seven-year spell in charge.

“I believe this man [Cisse] deserves everything because he’s the most criticised coach I’ve ever seen in my life, but he never gives up,” insisted the Liverpool star.

“He trusts himself, he trusts the group. He has critics outside, but right here he is doing his job.

“Most importantly, we would like to win this for him and our country because he deserves it after everything he went through as a player for Senegal and now as the coach.

“It will be a great reward for everything he has given to his country.”