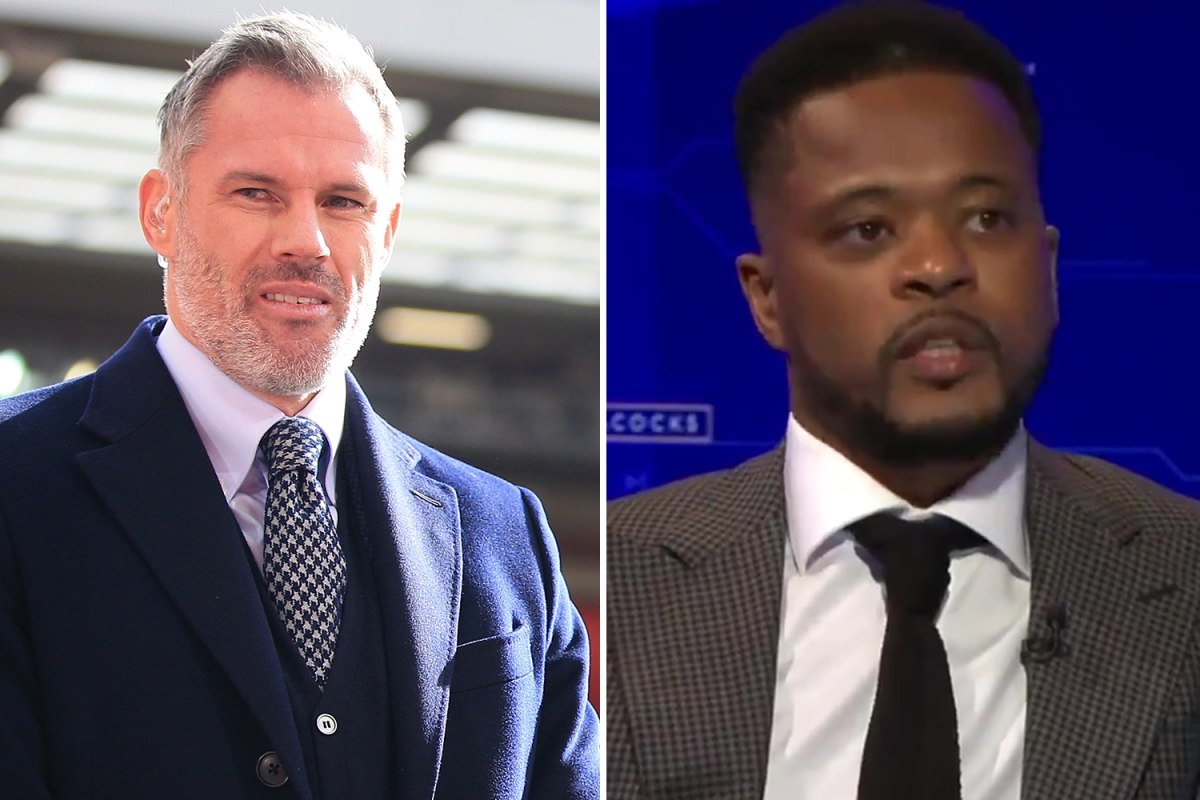 Ronaldo, 36, was named Manchester United captain for the clash in the absence of Harry Maguire.

But he failed to lead his team to three points and was lacklustre in a United attack that produced just two shots on target.

After the match Carragher wrote on Twitter: “Getting back out of my lane!”

The Sky Sports pundit was referencing comments made by Evra weeks earlier.

The former United defender suggested some ex-pros, including Carragher, did not have the qualifications to pass judgment on Ronaldo.

He said on Amazon Prime Video: “Some players like Jamie Carragher, he had I think 775 games and Cristiano today scored 801 goals and those type of people talk about Cristiano.

“I think people have to stay in their lane. Some people just wake up and want to talk about Cristiano.”

Carragher, like other pundits this season, has criticised Ronaldo for offering little other than his goals.

The former Liverpool star suggested CR7 can be a passenger in games he does not score in – such as the Wolves clash.

Carragher said: “How can a club the size of Manchester United still rely on a guy who’s nearly 37?

“He was unbelievable, his goal record is unbelievable, but if he doesn’t score he is a passenger in the game. You have to accept that, that’s a fact.