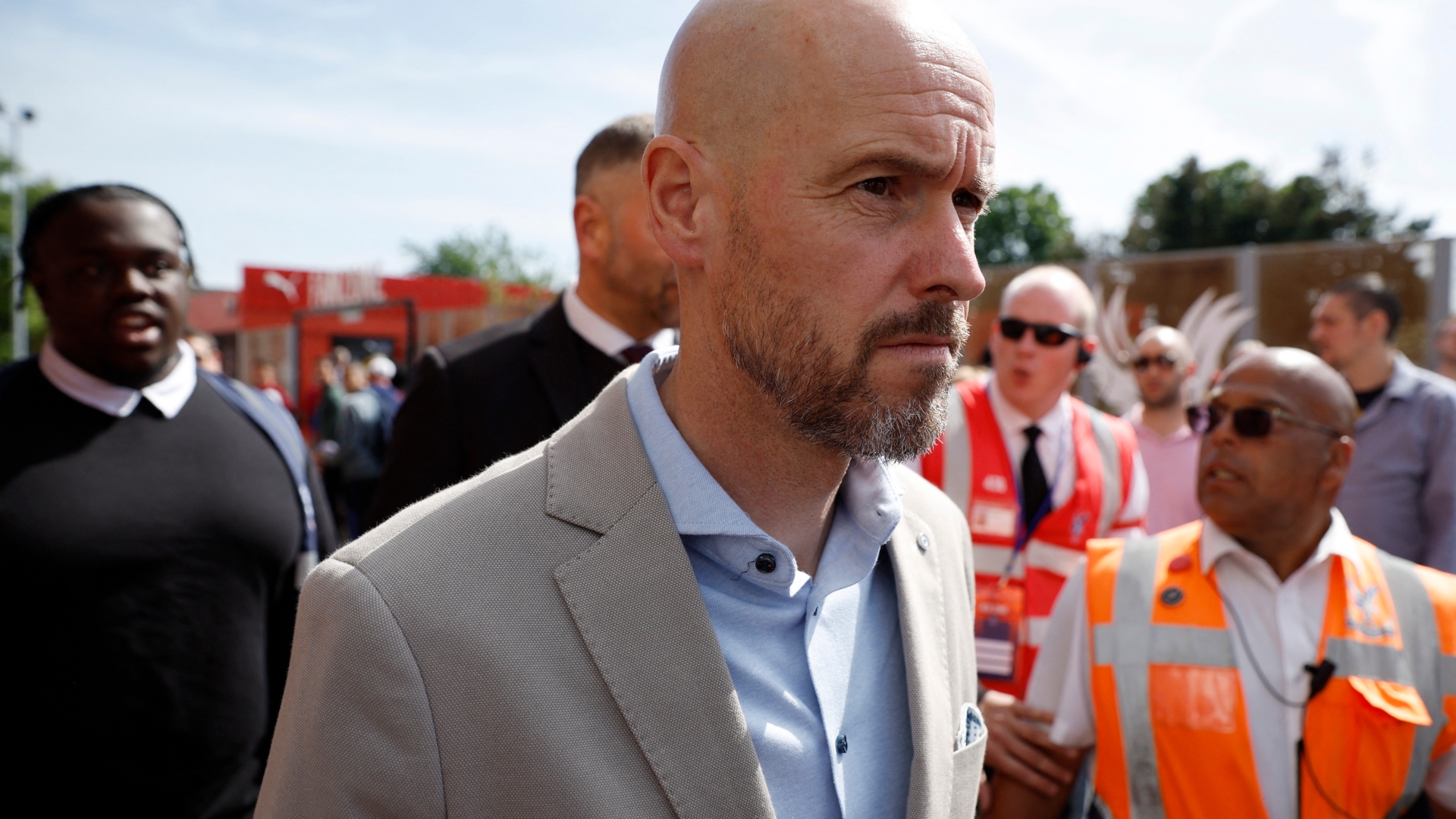 ERIK TEN HAG will watch Manchester United play for the first time after rocking up to Selhurst Park this afternoon.

The new Red Devils boss was seen arriving ahead of United’s clash at Crystal Palace on Sunday.

Ten Hag has only just completed the Dutch season with Ajax, scooping yet another league title.

But he has got straight to work in England and is set to run his eye over United’s squad on the final day of the Premier League campaign.

‘Has he been frozen?’