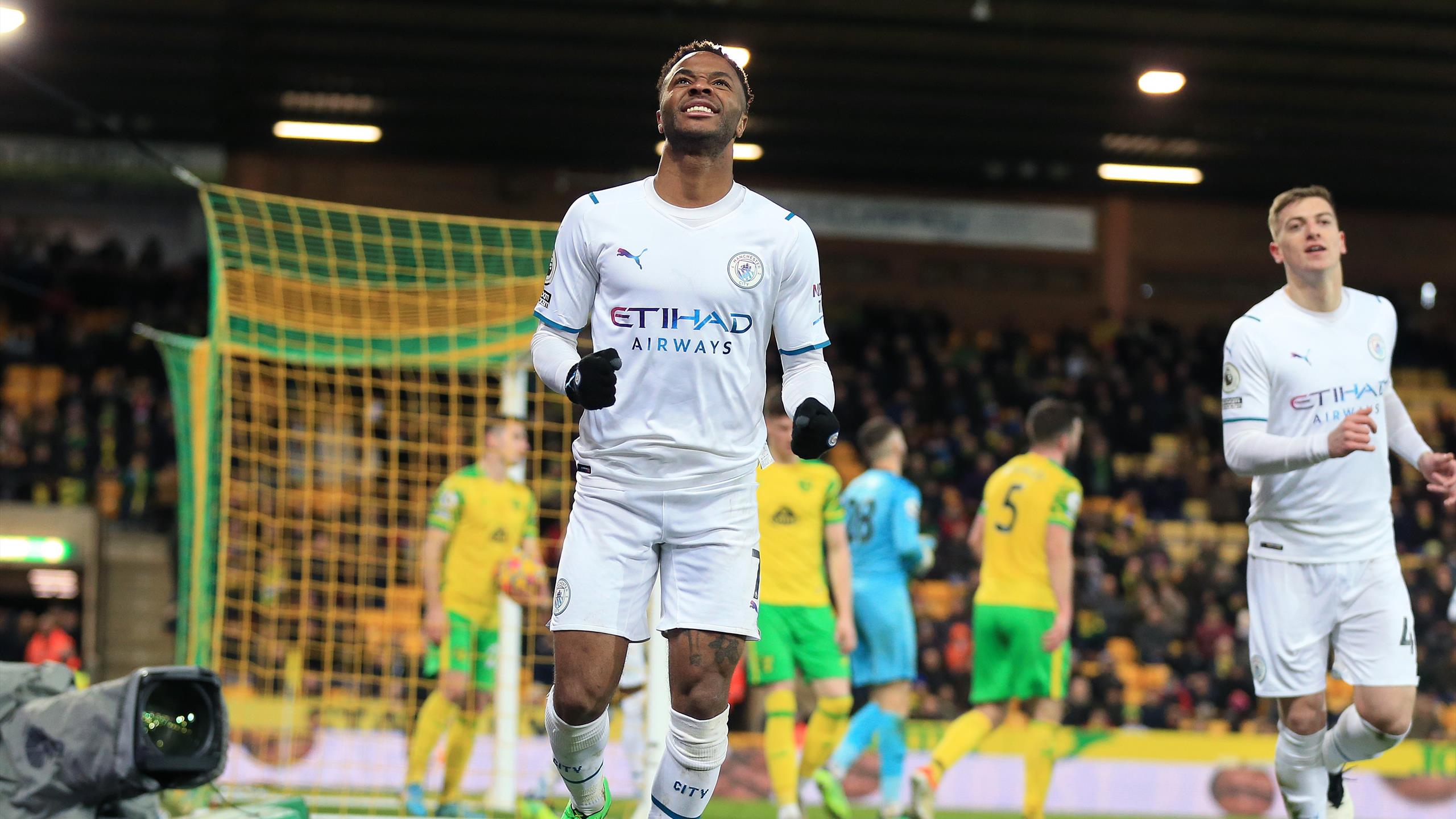 Sterling opened the scoring for City with delightful right-footed curling effort from the edge of the Norwich box in the first half before adding his second with a header from a well-worked corner routine after Phil Foden had earlier doubled the Champions’ advantage.

The forward sealed a ‘perfect’ hat-trick in the last minute of the game with a simple left-foot tap-in after Norwich stopper Angus Gunn parried his unsuccessful penalty back to his feet.

“From the first minute we created two or three chances in five or 10 minutes,” his manager told Sky Sports afterwards. “It was a really good performance overall.

“Raheem Sterling made a brilliant first goal and the second he was there.

“You realise his confidence, aggression. In the last game he made an excellent action.

“He always creates something.”

The hat-trick was Sterling’s fifth in his Premier League career and took him to 10 league goals for the season – the fifth season in a row he has reached double figures.

“For his confidence it will be massive,” Guardiola added to the BBC. “The first goal is brilliant, when Raheem executes without thinking he is excellent.

“I am so happy for him because strikers need to score for confidence for the next games.

“The second goal was a good cross, Ruben (Dias) was brilliant and was there but in general he (Sterling) was active and made good touches.”

The result sees City open up a 12-point lead at the top of the Premier League although closest challengers Liverpool have three games in hand ahead of their trip to Burnley on Sunday.

Pep: We may need 96 points to win the league

Pep: I’m upset I wasn’t invited on Grealish’s night out