Behave yourselves if we win Premier League title 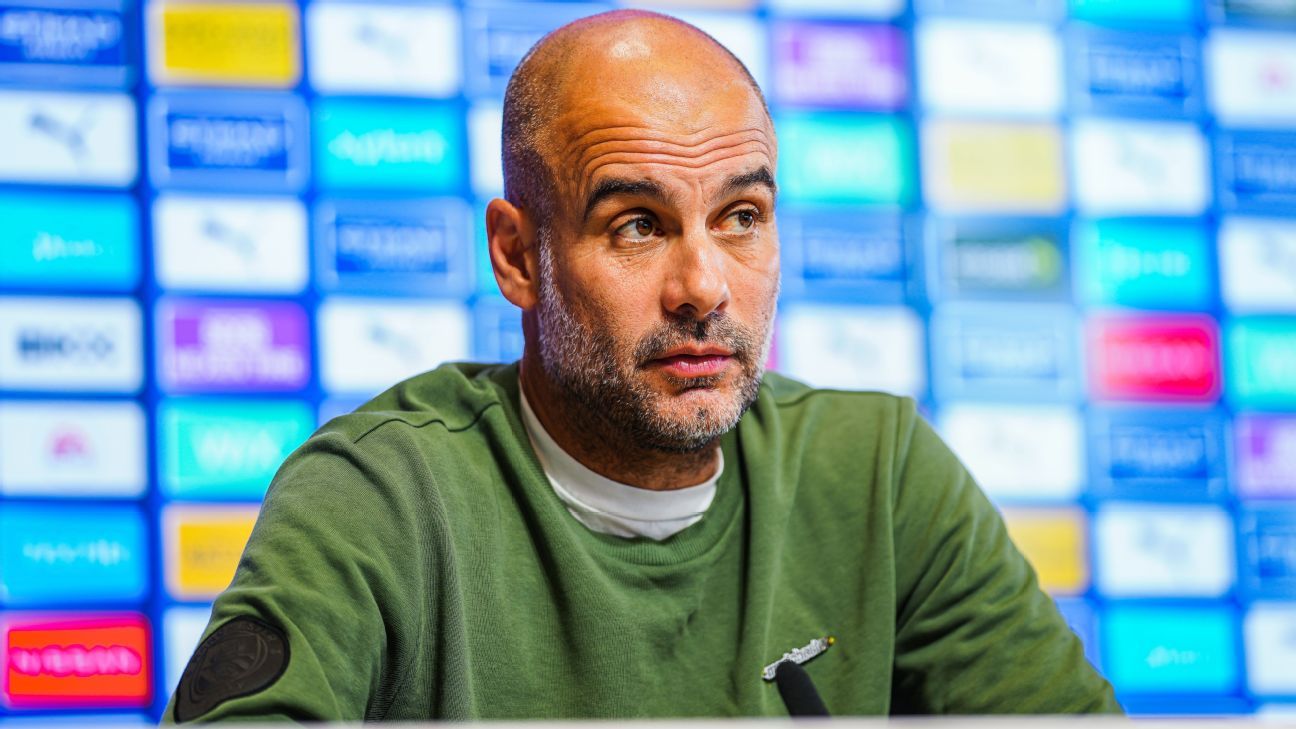 Pep Guardiola has told Manchester City fans to behave themselves if they win the Premier League title on Sunday.

City need to better Liverpool’s result against Wolves when they take on Aston Villa at the Etihad Stadium and after a series of pitch invasions at other high profile games this week, Guardiola has sent a message to the club’s supporters.

– Notebook: UCL in overhaul with tennis-style knockout change
– Premier League best finales: Agueroooo
– Premier League final day: How could it all play out?
– Don’t have ESPN? Get instant access

Sheffield United striker Billy Sharp was assaulted in the aftermath of his team’s play-off semifinal defeat to Nottingham Forest while Crystal Palace manager Patrick Vieira was involved in an altercation on the pitch at Goodison Park after Everton had secured survival.

“They have to be careful, what happened at Goodison and Port Vale and other games — the Championship semifinal — a lot of emotions and happiness, it is a dangerous situation and we have to try to behave as good as possible,” Guardiola told a news conference on Friday.

“Have the celebration at the right moment. It’s dangerous, I understand Patrick because you never know how people will react.”

City are trying to hold off Liverpool’s challenge with Jurgen Klopp’s side sitting just a point behind ahead of the final round of games.

Liverpool have won the Carabao Cup and FA Cup, and have the Champions League final against Real Madrid to look forward to but Guardiola insisted the title is still the biggest prize.

“I would say because it’s [the Premier League title] more difficult,” Guardiola added. “It’s satisfying because it’s every day. It gives you the sense we enjoy a lot.

“When you win and win it gives a good training session and mood, it’s not like the FA Cup — it’s a routine, the most difficult thing in our lives, we need great experiences. In terms of the Premier League it’s every day, every week and that’s that.”

City could have Kyle Walker and John Stones available to face Villa after they both returned to training. Guardiola initially said the pair would not play again this season but they are in contention to return on Sunday.

“They recovered to make a partial training and we’ll see tomorrow [Saturday] but it’s good to have them back,” he said.