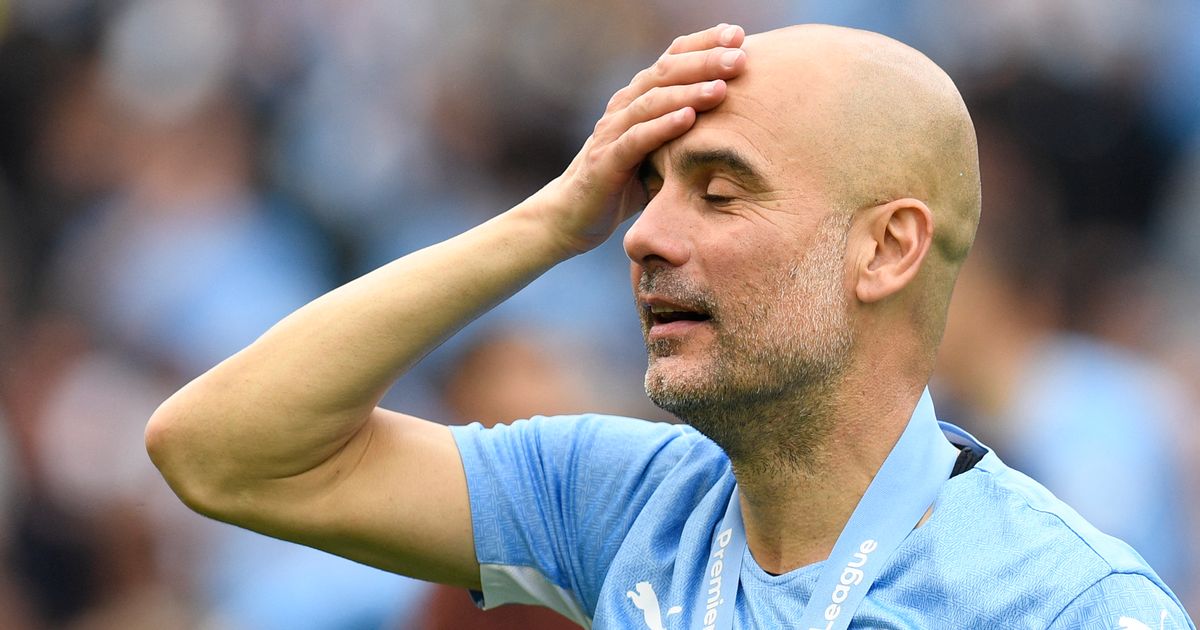 Guardiola’s side looked to have blown their chance after going 2-0 down, but three goals in five minutes and 36 seconds saw City beat Liverpool to the title by a single point. City will parade the Premier League trophy on an open-top bus parade around Manchester on Monday, with Guardiola promising a huge party to celebrate their fourth title in five years.

“Today was so special, tomorrow we will celebrate with cigars and beer,” said Guardiola. “I’ll bring my cigars, don’t worry! Wow! We are legends. When you win in this country, four times in five years, it’s because these guys are so good.

“The first one 100 points, the second one in Brighton, the third without fans and this one, with fans, is the best. The moment we scored and equalised, we had a feeling we would have a chance to score the goal to win.

“The last game is always emotional. Villa are a good team, they gave everything, but the moment we found a goal it changed everything. I told them at half-time to play normally. It’s not a normal situation but you have to play as if it is.”

Have Your Say! Is this Man City’s best ever title win? Join the debate here.

Substitute Ilkay Gundogan scored twice, including the all-important 81st-minute winner, with Rodri plundering the other. City captain Fernandinho, who is leaving the club after nine years, said: “We came back from the dead today. It’s amazing.

“You never give up and we always believed it today. It happened 10 years ago and today’s a bit different. It’s really emotional day for me. I’m so grateful for City. For sure, they’ll always be in my heart.”

City midfielder Bernardo Silva said: “I’m so happy, and the way we won it made it a little bit better – but let’s not try to repeat that! Once again we’re the best team in England and next year we’ll try to come back and give a bit more to the fans.”