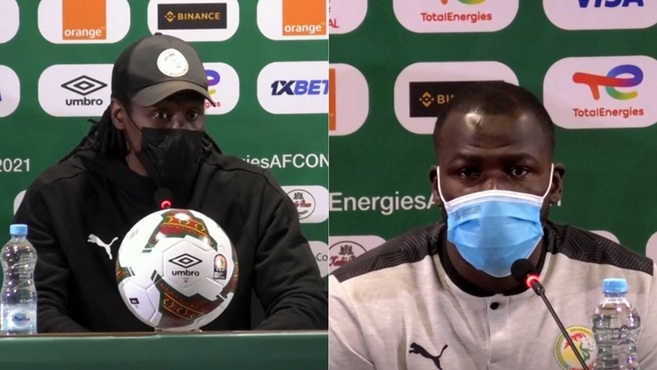 On the eve of Senegal’s Africa Cup of Nations final against Egypt the build up to the match in the Cameroon capital has centered around Liverpool teammates Salah and Sadio Mane, who will find themselves on opposing teams in their continent’s biggest match.

“We know the Egyptian team, it is a team with a lot of character, it is a team that plays with its philosophy, with its way of playing. As I say, they are the most African Arab team on the African continent, if I can put it that way. Because it is full of players who played in Zamalek (Egypt Premier League team), who play for the Pirates. So they know the African realities, they have a lot of experience. What interests us is to concentrate on what we want to do and not on what Egypt is doing.”

Koulibaly discussed the best way to combat the exceptional talent of Egypt’s captain, but said Senegal need more than an “anti-Salah” plan to stop the threat of the Pharaoh King.

“Yes, Mohamed Salah is a great player, we all know him. I had the chance to play against him when he was playing for Roma in Italy. We played many times against each other playing for Napoli and Liverpool, so he is a player I know. I think that more than an anti-Salah plan, it’s the influence he has on his team that we will have to limit by trying to make him touch the ball as little as possible. We know that he’s a player who can make the difference at any moment, so as a defender we’ll have to be concentrated throughout the match, try to pay attention to him but without forgetting the others. Because we can put all our attention on Salah but on the other hand, there is another player who appears. So it is collectively that we will manage to play against Salah and against Egypt.”

Senegal who reached the AFCON final in 2019 and 2002, have never won the tournament, but Cisse, does have some pedigree on the biggest stage having captained Senegal to the 2002 World Cup quarter-finals.