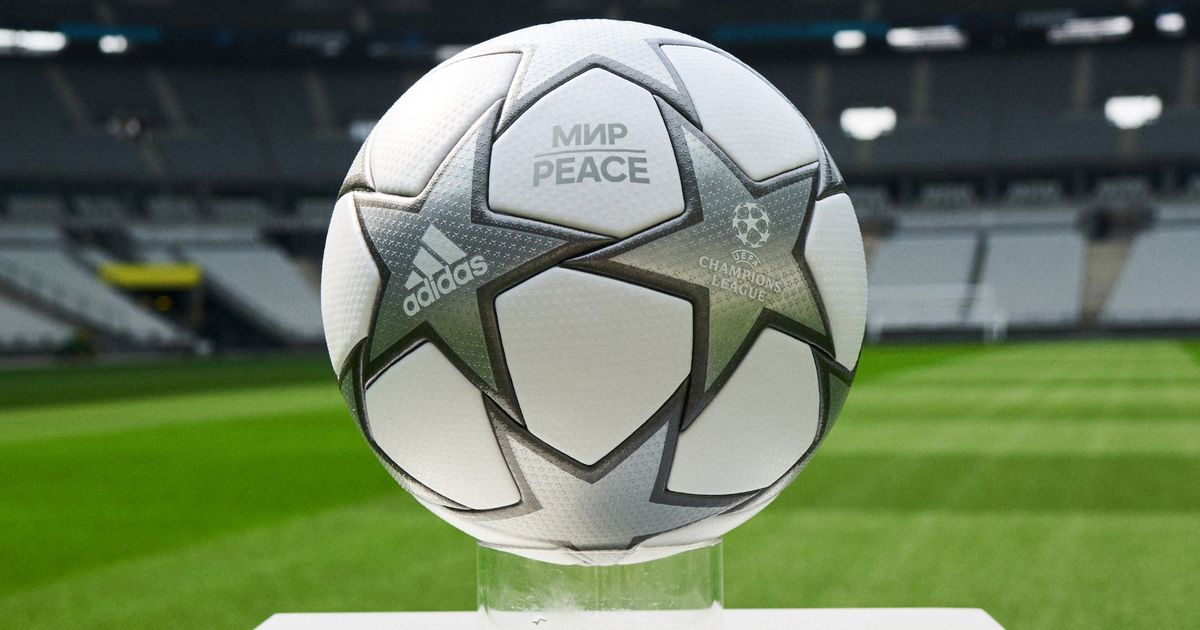 As the Premier League season drew to a close football fans now eagerly await one of the most highly anticipated Champions League finals to date. Taking place at the Stade de France in Paris on Saturday, May 28, two of the best teams in Europe will play for one of football’s most prestigious prizes.

Jurgen Klopp’s Liverpool will take on Carlo Ancelotti’s Real Madrid in what is set to be a thrilling fixture after an eventful season for both clubs. As the match draws ever nearer Adidas has unveiled its new ball for the final, which features a new detail football fans are sure to love.

In the classic design of white with grey stars, the ball will also include the letters ‘мир’ which in Cyrillic script translates as ‘peace’ in reference to the war in Ukraine. The balls used during the match will also be available for auction with the proceeds going to the UN’s refugee agency to support people who have been forced from their homes.

Adidas has also announced more plans for this season’s Champions League finale having scheduled a Grand Paris Finale 2022 tournament on the Friday before. The tournament will include eight local teams from different city neighbourhoods at the Zidane Playground in Saint-Denis.

Gonzalo Calvo, Adidas’ global director of brand communications for communities and culture, said: “Throughout its history, the love of the game has brought people from all over the world together through one simple object – a football. We are energised more than ever to support the incredible players and clubs that are elevating this platform for the betterment of the game, and world – particularly at grassroots levels.”

To shop the current Champions League ball, and other merchandise, fans can visit the official Adidas online store.

For Liverpool fans wanting to represent their team this weekend fans can shop the new kit for the 2022/23 season via the Official Liverpool store or directly via the Nike online store.