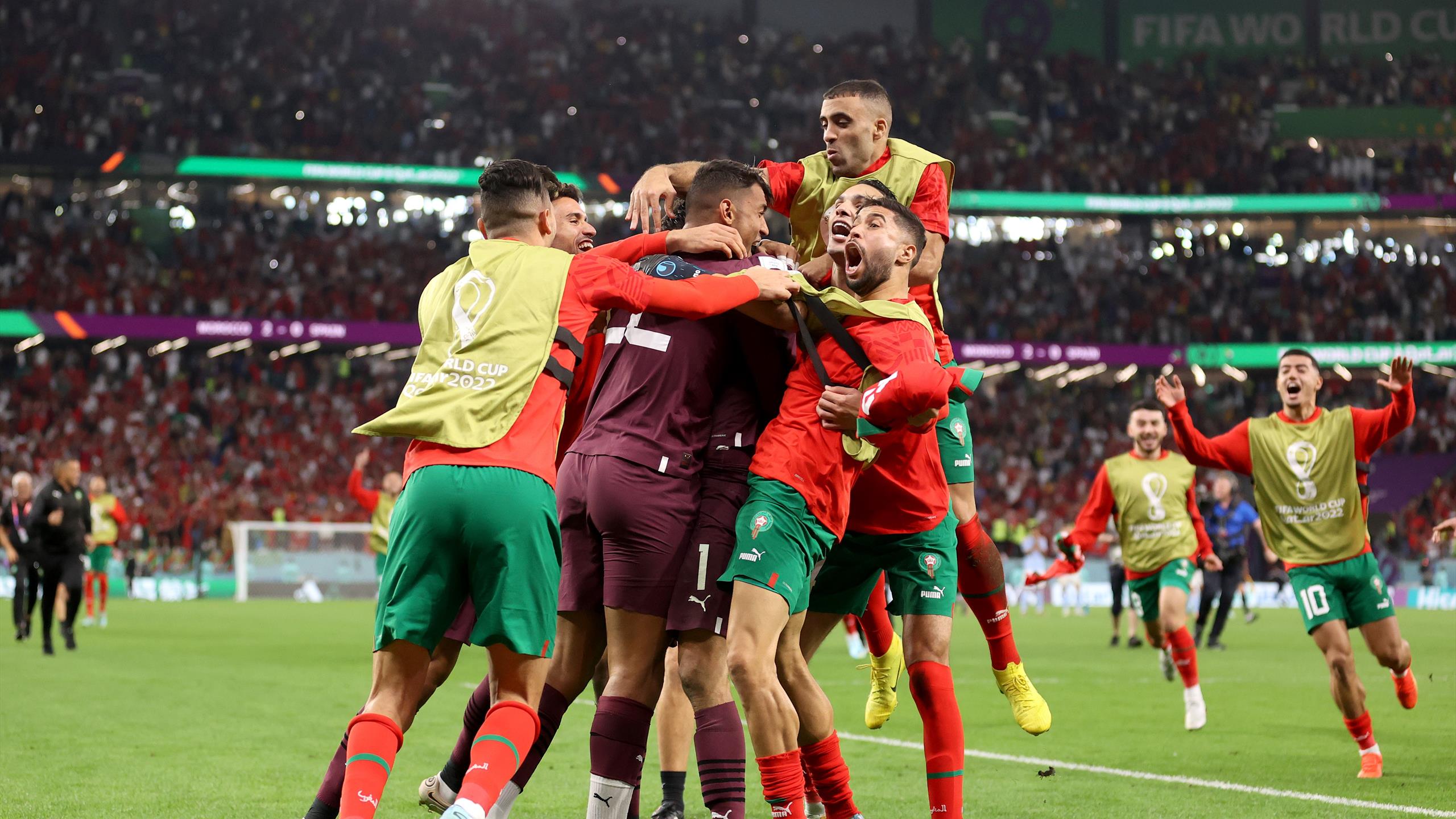 That has changed now after their incredible 3-0 win over Spain in the spot-kicks to reach the quarter-finals of the Qatar showpiece.

They have become the first North African side ever to reach the final eight of a World Cup, and they will play the winner of Portugal against Switzerland.

But it was the way they did it that was absolutely remarkable.

The player who stepped up to score the winning penalty was Achraf Hakimi. The Paris Saint-Germain right-back was born in Madrid, joining the Real Madrid youth system at the age of eight.

With the level of pressure on his shoulders, Hakimi somehow found the steeliest of nerves imaginable, dinking the most delicate of Panenka penalties past a helpless Unai Simon.

Alongside goalkeeper Yassine Bounou, nicknamed Bono, Hakimi was immediately mobbed by his team-mates as the stadium erupted in celebration.

But just before he was jumped on Hakimi celebrated with a celebration imitating a penguin that is known as the ‘waddle.’

AL RAYYAN, QATAR – DECEMBER 06: Achraf Hakimi of Morocco celebrates after the team’s victory in the penalty shoot out during the FIFA World Cup Qatar 2022 Round of 16 match between Morocco and Spain at Education City Stadium on December 06, 2022 in Al Ray

What is the ‘waddle’? Glad you asked.

The ‘waddle’ has risen to prominence in the past few months thanks to Miami Dolphins superstar wide receiver Jaylen Waddle.

Given his name, Waddle’s signature celebration has become the iconic penguin shuffle, and he has broken it out on multiple occasions this season having scored six touchdowns.

A recent update to video game Madden 23 brought the waddle celebration to gamers across the world.

But as it turns out, Marca may have the answer. They report that it is an in-joke between Hakimi, Sergio Ramos and their PSG team-mates. Apparently it is a reference to France’s Kylian Mbappe, also of PSG, who they call a penguin.