'He played volleyball there!' - Watch moment of total madness from Giorgio Chiellini in desperate attempt to stop attack

Barcelona: Another departure confirmed at Barcelona: Neto leaves for Bournemouth on a free transfer 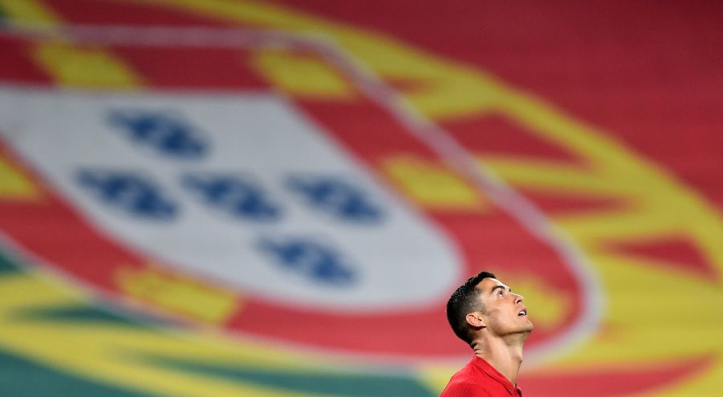 Portugal blew a two-goal lead against Serbia and ultimately had to settle for a point as both sides drew 2-2 at the Stadion Rajko Mitic in Belgrade on Saturday night.

Following a narrow 1-0 win over Azerbaijan on Wednesday night, Fernando Santos’ side would have undoubtedly hoped to put on a professional performance and wrap up all three points against their Serbian hosts.

Unfortunately, that wasn’t to be as a number of Portugal’s most decorated stars struggled to perform on the night.

This was supposed to be Cristiano Ronaldo’s night. After failing to put the ball in the back of the net against a defensive and stubborn Azerbaijan side, the Juventus forward was going to return to form and put an ambitious Serbia side in their place. Unfortunately that didn’t exactly go to plan.

Whether it was chances in the box that ballooned over the bar, free-kicks that failed to head towards the target or the player’s inability to stay onside, Ronaldo never quite looked like his old self as his Portugal teammates worked around him to take a two-goal lead and then do their best to ensure a hard-fought point.

The former Manchester United star may have thought he’d won it for his side late on, when he appeared to fire the ball past the goalkeeper and watched it bounce over the line, before a nearby defender cleared it out of the goal. Despite his protests, the linesman and referee deemed it not a goal and Ronaldo got a yellow card for his reaction.

An unfair but perhaps fitting end to a deeply frustrating night for the forward.

In the space of a week Aleksander Mitrovic has scored more goals for the Serbia national team than he’s managed in the entire Premier League season for Fulham.

Off the back of picking up an impressive brace in Serbia’s 3-2 victory over Ireland, the towering striker once again put his opponents to the sword shortly after the break when he leaped above his marker and connected with an outstanding Nemanja Radonjic cross to fire in a head from close range.

It was exactly what Serbia needed to kick start a second-half comeback and once again the Premier League showed just how vital he is to this Serbian side.

On a night that was undoubtedly set for Ronaldo to strut his stuff, Diogo Jota surprisingly stepped on to the pitch and stole all of the limelight from his compatriot.

The Liverpool forward struck after just 11 minutes, when Manchester City playmaker Bernardo Silva played a wonderful lofted pass into the box, allowing Jota to beat his marker in the air and plant a header into the bottom left corner.

Jota combined with another Premier League rival just 25 minutes later, when he got on the end of a cross from Arsenal full-back Cedric Soares to score yet another header that bounced in off the left post.