The Red Devils are ready to close the door on Van de Beek’s United career and are keen for him to be a makeweight in their pursuit of Rabiot, according to Tuttosport.

Van de Beek has endured a torrid time since arriving in Manchester at the start of the season, failing to make the first team despite a much-vaunted £40million move from Ajax. 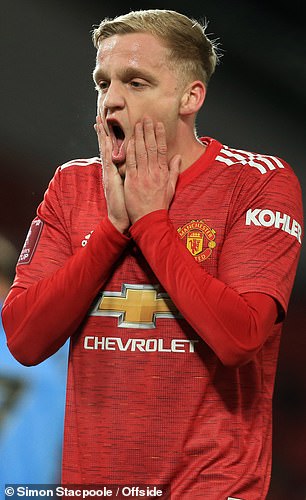 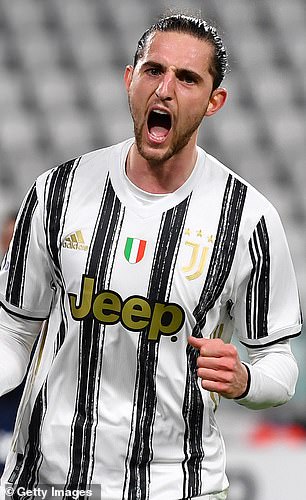 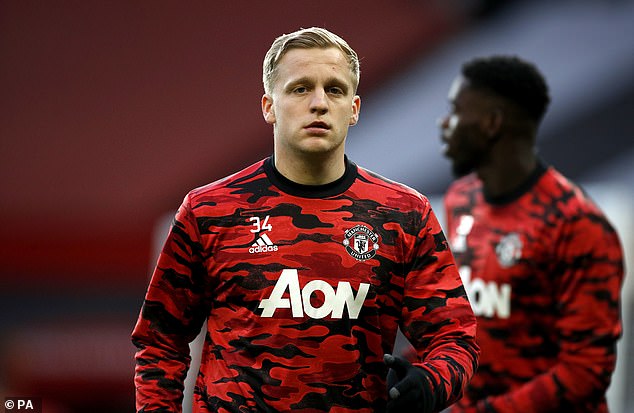 The Dutchman, 23, has made just two Premier League starts for Manchester United this season

The Dutchman has made just two starts in the Premier League, and has been kept out of the side by the sensational form of Bruno Fernandes.

Juventus were one of the clubs that United beat to Van de Beek’s signature, and there is hope they remain interested in the 23-year-old despite his lack of game time.

Rabiot would head to Old Trafford as part of the deal. The Frenchman joined Juventus in 2019 on a free transfer after his contract expired at PSG. He has made 25 Serie A appearances this season, scoring two goals.

Earlier this week United boss Ole Gunnar Solskjaer said he was willing to give Van de Beek more minutes after returning from international duty, where he scored in Holland’s 7-0 demolition of Gibraltar. 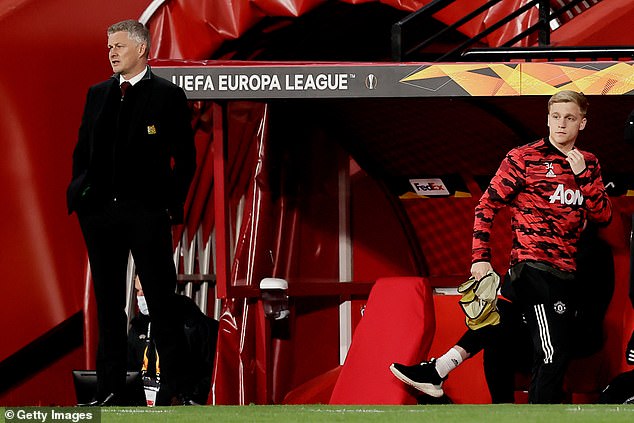 ‘Donny scored some absolute crackers when we were all back in training on Friday’ said Solskjaer.

‘He scored some absolute top, top goals that I’d be really proud of myself and it’s done him the world of good, going away and scoring a goal for Holland.

‘We hope we can see a lot of that for the next eight weeks of the season and then to kick on again.’

Juventus are also reportedly seeking to raise funds through the sale of several players, including Rabiot, suggesting a swap-deal may not be entirely to their liking without a hefty financial sum attached. 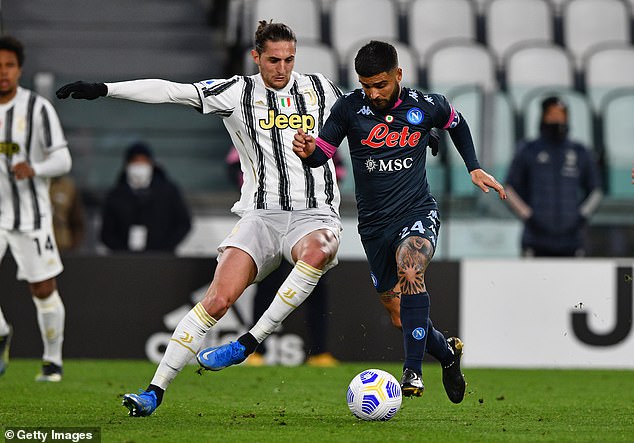