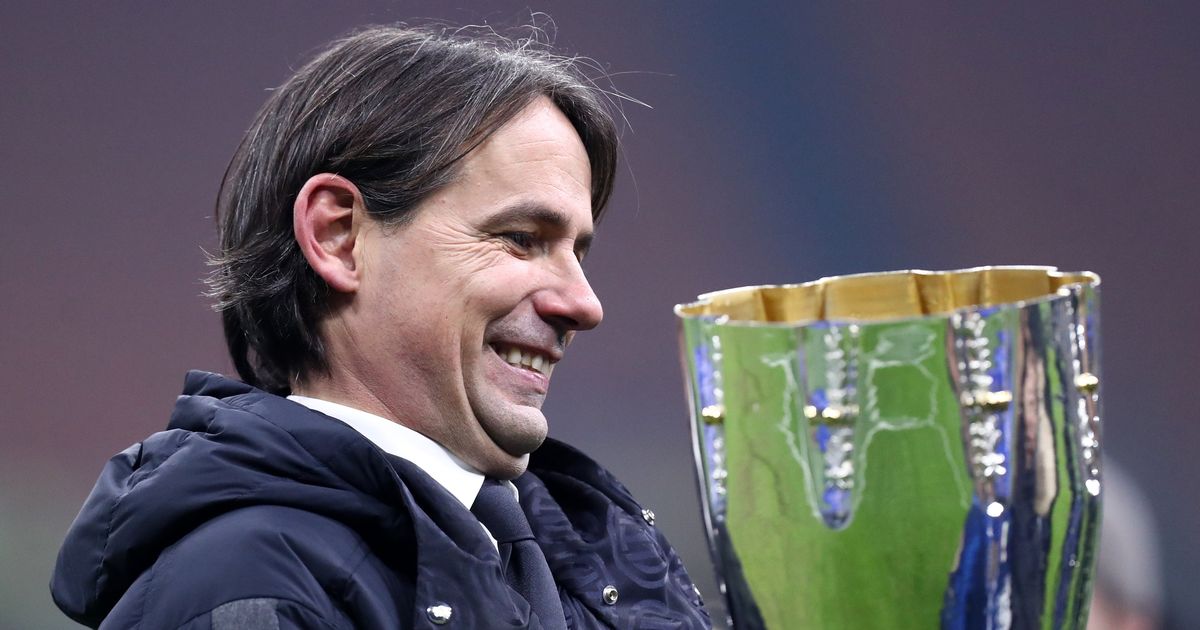 Manchester United are expected to battle Atletico Madrid for the services of Inter Milan manager Simone Inzaghi in preparation for the end of Ralf Rangnick’s short reign come the end of the season.

The Red Devils are expected to call time on Rangnick’s tenure on the touchline following the conclusion of the current campaign and allow the 63-year-old German to transition upstairs and take charge of boardroom matters.

As a result, United are working tirelessly to try and find a permanent replacement ready to take charge of the squad in time for pre-season training ahead of next term.

A number of names have been touted with the Old Trafford hot-seat, including Paris Saint-German boss Mauricio Pochettino and former Real Madrid manager Zinedine Zidane.

HAVE YOUR SAY! Who should Man Utd appoint after Rangnick moves upstairs? Comment below

The latest figure to be linked with a move to Manchester is Inzaghi, though he is also expected to be offered a new and improved deal by his current outfit Inter.

According to Italian outlet Il Corriere dello Sport, Inzaghi’s playing style at the San Siro has caught the eye of a number of top-tier clubs across the continent.

Both United and Atletico Madrid have sounded out the potential availability of Inzaghi, but neither club have made a formal approach to the reigning Serie A champions for their manager.

Inter won their first league title for 11 years last season under Antonio Conte’s stewardship, but their fine form has hardly waned since he called time on his San Siro stay.

They currently sit top of the Serie A table having tasted defeat just once in 20 league outings this term.

Inzaghi also won his first trophy as Inter boss as recently as earlier this week when the Nerazzurri toppled Juventus with a last-gasp extra-time goal from Alexis Sanchez in the Supercoppa Italiana.

The 45-year-old’s current Inter deal expires at the end of next season but the club/s hierarchy are so impressed with the beginning of his reign they are rumoured to be keen on renewing his contract soon.

This desire to extend may stem from the interest currently lingering from elsewhere, though Inter may wait until the end of the current campaign before approaching Inzaghi with an offer.

Meanwhile, Rangnick has seemingly already fallen out of favour at Old Trafford with reports of dressing room unrest threatening to derail his reign just seven fixtures in.

United’s performances under the former RB Leipzig boss have barely been of the required standard, even if results have for the most part gone their way since he took charge in early December.

In this article:Featured, Juventus, Manchester United, Real Madrid, Serie A