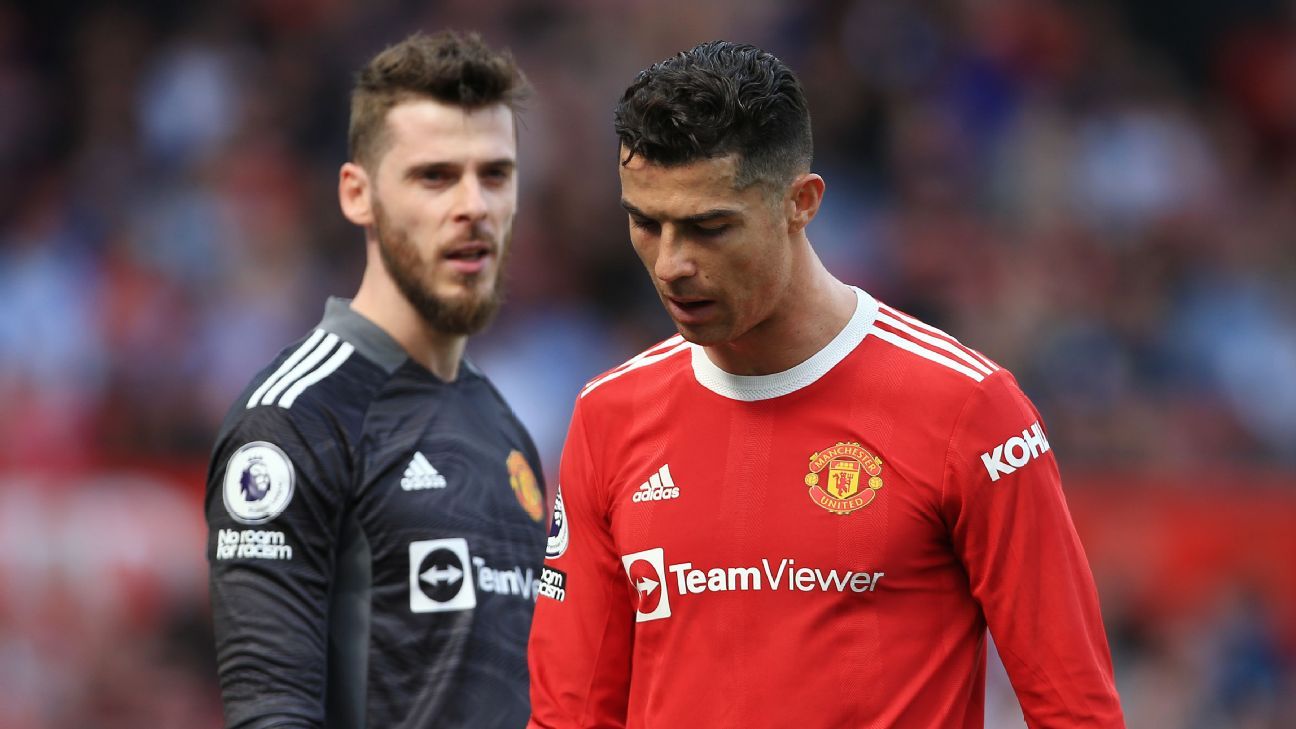 The club usually hold a dinner at Old Trafford towards the end of the season to present awards including the Sir Matt Busby player of the year.

But while the prizes will still be handed out, the ceremony will not go ahead. It comes in the wake of United’s worst season since the formation of the Premier League in 1992.

They are set to finish either sixth or seventh depending on the result of their trip to Crystal Palace on Sunday and are already guaranteed to record their lowest points total of the Premier League era.

The awards bash has not been held for two years because of the coronavirus pandemic but it could have gone ahead this year after restrictions were lifted.

Sources have told ESPN that the decision to cancel was partly down to the players, who did not want to be seen celebrating a miserable season.

Bruno Fernandes is the reigning player of the year after winning the award for the last two seasons.

The contenders this year include Cristiano Ronaldo and David de Gea with the winner decided by a fan vote. Ronaldo, who has won the award on three previous occasions in 2004, 2007 and 2008, has scored 18 league goals on his return to Old Trafford from Juventus while De Gea has come up with a number of impressive performances in goal.

The Spaniard has already won the award four times including three in a row between 2014 and 2016.

United have already missed out on a top four finish and qualification for next season’s Champions League while there were also early exits from the Carabao Cup and FA Cup.

Ole Gunnar Solskjaer paid the price for their poor form at the start of the season and was sacked in November while interim boss Ralf Rangnick could not inspire a significant uptick in results.

Speaking ahead of his final game as manager at the club, Rangnick said he was disappointed he couldn’t lift the team following their Champions League round-of-16 exit to Atletico Madrid in March.

“Until then we had stabilised the team,” Rangnick told a news conference on Friday. “Until then were much more stable defensively. Since Atletico, we just didn’t find our shape, form again.

“It has got to do with confidence, team spirit and togetherness. This is my biggest disappointment that we didn’t establish that team spirit.

Dutchman Erik ten Hag will officially take over as permanent manager on Monday and Rangnick said he has already been in contract with the outgoing former Ajax boss.

“We have been in contact on WhatsApp,” Rangnick added. “Hopefully we will have the chance to speak and meet in person at the weekend, or Monday at the latest.

“If we bring in the right players, mentality players, I am positive we will be able to bring this club back to the top. Maybe this is not possible in one transfer window, but next two or three.”