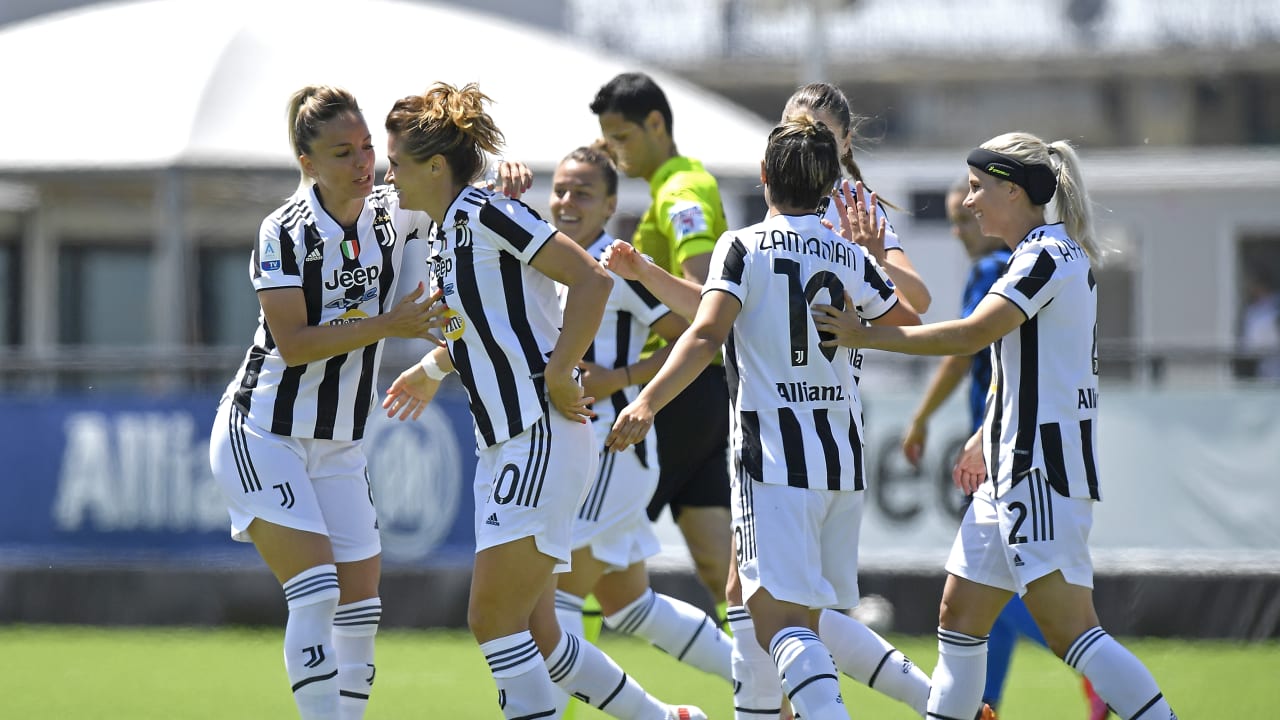 One word to describe Juventus Women’s season? FABULOUS, of course!

With a perfect and record-breaking journey in Serie A, that is destined to remain in the history of sport, this season was also one filled with memories and growth. The opportunities to grow came from the best moments, of course, but also from the very few disappointments of the year.

We celebrated all the records, but how was the journey that led to the fourth consecutive title? The numbers and the results make everything seem simple, but the difficulties were not lacking, despite the Bianconere’s abilities to make it seem effortless.

It all started against Verona, where the last season’s league campaign ended early. It was an equal first half, but then goals from Girelli and Caruso made it 2-0. The second match, against Empoli in Vinovo, immediately represented an important stage: comebacks. In the end, the three points went in favour of Juventus: Bonansea and Cristiana Girelli proved decisive.

Among the many victories, the key moments were undoubtedly the top of the table clashes against Milan. The first fixture came early in the season (matchday five), and was played at San Siro. That fixture, at a great stadium, against a great opponent, and with three very important points secured (courtesy of Girelli’s penalty) proved to be a victory that gave further energy and awareness. The second, was played at Vinovo, with the Rossoneri only three points behind on the table: the outcome for either side would prove decisive for the league title. But as always, there was no room for discussion: Juventus won 4-0 in style.

The first real difficulty took place between matchday seven and eight. After two more great victories against two top level opponents (4-0 versus Fiorentina and Sassuolo), the struggle came in the matches against Florentia and Napoli. In both fixtures Juve suffered and fell behind, but they picked themselves up and went on to fight for victories. Those six points were a sign of sensational strength in the league.

However, there were other difficulties that were fleeting and unexpected and they came in the shape of injuries. On several occasions Coach Rita Guarino had to deal with important absences, calling for a further effort from her players. The response was always exceptional: Hyyrynen played in the centre of defence without batting an eye, Staskova picked up the weight of Girelli’s absence, Cernoia was able to provide crucial goals in time of need, and Rosucci took over the midfield when the team needed her leadership.

This great team made each and everyone of their difficulties invisible, and, rightly so, they cheered with merit.

In a super season, some disappointments also took place. Three defeats to be precise, even if they all were different. The first came in the Champions League, at the Allianz Stadium, against Lyon at the end of a beautiful and tight match. The French side won 3-2, but the Bianconere left the field even more aware of their strength. The second defeat, in the return leg, left a bit more bitterness in the mouth, after ending 3-0 to the defending Champions. Unlike the first leg, the Bianconere are were unable to take control of the match and showcase their qualities. The third came in the Coppa Italia semi-final first leg against Roma…

As defending champions of the Italian Cup from the 2018/19 season (the 2019/20 competition was called off), the Bianconere made it through to the semi-finals after featuring in three different knockout rounds prior to facing Roma. The game at the Tre Fontane Stadium was a tough and grueling encounter that ended 2-1 in favour of the Giallorossi, who, despite losing in the return leg, qualified for the final due to the away goal rule (they eventually went on to win to the trophy against Milan in the final). Despite this, the Bianconere showed great resilience in what was an important lesson in growth and experience.

2021 began with a trophy, won in Chiavari by defeating Roma in the semi-finals and Fiorentina in the final of the Italian Super Cup. The match against the Giallorossi was complex, which began with an almost spring-like weather before having to wrap up extra time in the midst of a very strong hailstorm. The decisive goal, in the heart of extra time, bore the signature of Cristiana Girelli, while the final against the Viola, was secured by Bonansea’s double.

For the first time Juve scored nine goals in a home match, against Pink Bari in a match full of firsts: Cecilia Salvai’s first goal in the league with Juve and Cristiana Girelli’s first four-goal haul in black and white.

Speaking of records, Arianna Caruso, the first player to have reached 100 appearances for Juventus Women, finished the season with seven goals to her name: a first also for her.

It was also the season in which not one but two Juventus players reached 50 goals in black and white: Cristiana Girelli and Barbara Bonansea.