LONDON — In the end, Italy reverted to type, and so did Alvaro Morata. Neither happened by design, far from it in fact, but Roberto Mancini can plan for Sunday’s Euro 2020 final after the Azzurri held Spain 1-1 in 120 minutes before winning the resulting penalty shootout 4-2 at Wembley.

The general consensus before these finals was that Morata’s form would largely define how far Spain could go. And this semifinal encapsulated the existential conundrum at the heart of Luis Enrique’s approach: Morata was left out of the starting lineup to facilitate greater control in midfield, yet he came off the bench to produce the moment of magic that drew them level in the 80th minute, only to then fluff his spot kick, giving Jorginho the chance to roll in a penalty that sent the wall of blue behind Unai Simon’s goal into a frenzy and Spain out of the tournament.

You had to feel for Morata, booed by the Spanish in Seville during the group stage, striking brilliantly against Croatia in the last 16. Few players endure rollercoaster tournaments like him.

Somewhere in the middle of all this, the 28-year-old became Spain’s all-time leading goal scorer at the Euros, his sixth goal taking him beyond Fernando Torres: a superb moment combining pace and penetration to equalise with 10 minutes remaining, cancelling out Federico Chiesa’s wonderful effort on the hour mark. Yet that mental fragility that has so often undermined his career reared itself again in the shootout, denying Spain the victory their overall performance deserved.

Morata was left out of the starting lineup as Enrique was mindful of his long history with Italy’s dogged centre-back duo Giorgio Chiellini and Leonardo Bonucci. Morata first encountered the pair as a 22-year-old at Juventus on loan from Real Madrid. As teammates, Chiellini and Bonucci sought to toughen him up. As opponents, they still know his weak spots.

Spain have faced Italy in the knockout stages of the last four Euros, and in 2016, Morata led the line but Chiellini was the one who scored as Italy progressed to the quarterfinals. Morata has enjoyed the better of other meetings since, with both Madrid and Spain, but concerns Chiellini and Bonucci could bully Luis Enrique’s No. 7 may well have led him to play without a centre-forward. That also had the notable benefit of helping nullify Italy’s midfield trio, key to the shift Mancini has engendered to a possession-based approach more synonymous with Spain.

And as it turns out, Spain are better than Italy at being Spain. They dictated much of this game, Pedri defying his teenage years to mix creativity with composure, Dani Olmo going closest with two efforts from inside the box, the first blocked, the second saved smartly by Gianluigi Donnarumma.

Mikel Oyarzabal skied a first-time shot from the edge of the box at the end of another fine move and gradually the flip side of Luis Enrique’s approach became clear: Spain were lacking someone to translate their superiority to the scoreline.

Much has been made of Italy’s more progressive style under Mancini — and the 32-game unbeaten run that’s come with it — but without left-back Leonardo Spinazzola, in the running for Player of the Tournament before an Achilles injury against Belgium ended his finals in the previous round, they lacked the ability to retain the ball or beat Spain’s press, relying instead on counterattacks that were still breathtaking when everything clicked.

Precisely that happened when Donnarumma rolled the ball forward to start a breakaway 15 minutes into the second period. Marco Verratti received the ball on the left and slipped a pass forward for Ciro Immobile, who was only denied a run on goal by Aymeric Laporte’s last-ditch slide tackle. However, the loose ball fell to Chiesa, who curled a sumptuous shot past Simon.

The ball had yet to come to rest in Simon’s net before Luis Enrique was signalling to his substitutes, immediately introducing Morata for Ferran Torres. Mancini replaced Immobile with Domenico Berardi, a winger on for a striker, which only further ceded the initiative to Spain as they tried to find parity.

Italy were perhaps looking to repeat the final phase of their win over Belgium in the previous round; holding a 2-1 lead for the entirety of the second half, Mancini’s side slowed the game down to the extent the ball was only in play for nine of the final 20 minutes. The problem was here, they couldn’t get it off Spain to heave it into the stands. And Morata had a point to prove.

Spain worked their opponents over in search of an opening, and Morata provided the spark: driving forward in a central position, Morata played a one-two with Olmo and slotted a cool left-foot finish past Donnarumma.

Extra-time was a sterile affair, a betrayal of the entertaining 90 minutes that preceded it, as Italy stood firm, growing back into it even by threatening a winner themselves, before a shootout in which substitute Manuel Locatelli and Olmo failed to convert the opening two penalties. Morata was the only one to follow suit, quickly leaving the pitch to pats on the back from players and staff as the rest of the squad, joined by Luis Enrique, saluted the Spanish contingent of a 60,000-strong crowd that braved a typically inclement English summer’s evening.

Italy are just one step away from winning their first Euros since 1968, reaching this point with a stoic and resilient performance more in keeping with their past. It wasn’t quite catenaccio but they defended with a back five at times, pushed back by Spain’s superior technical quality: Luis Enrique’s side had 70% possession and registered 16 shots. Italy, averaging 20 before Tuesday, managed only seven.

Yet they extend a remarkable record of 10 victories from 12 semifinals at the Euros and World Cup. For Italy, reverting to type isn’t necessarily a bad thing.

Manchester United ace Cristiano Ronaldo once played the role of transfer guru to convince two key stars to join the club, despite the fact... 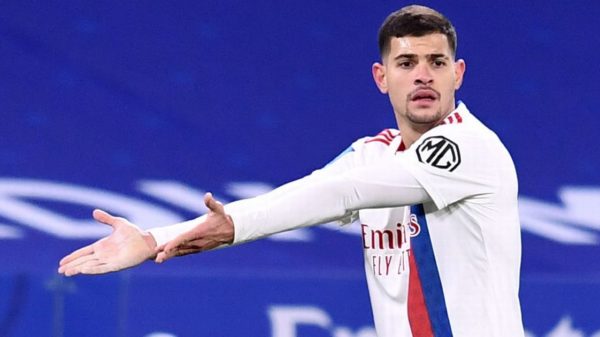 Brazil midfielder Bruno Guimaraes has made little secret of his desire to join one of Europe’s elite Newcastle have made a move for Bruno...