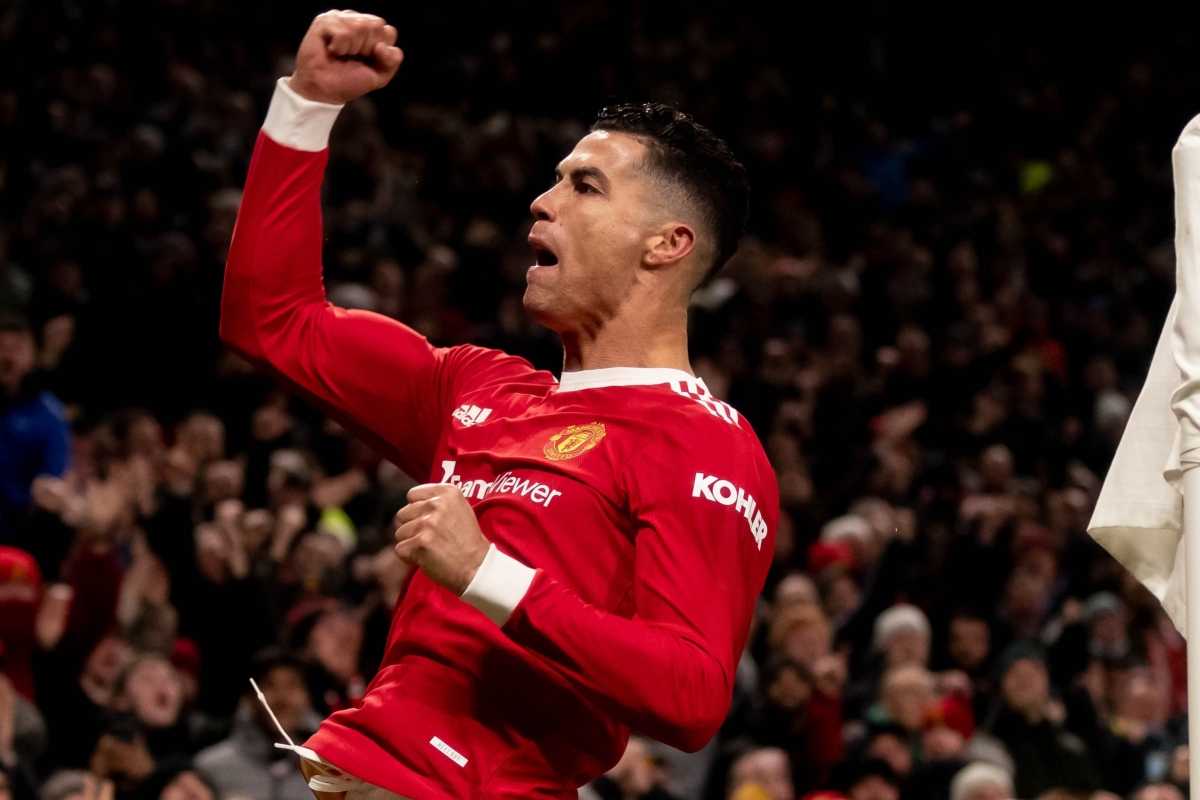 CRISTIANO RONALDO ditched his famous Siu celebration as he ended a six-game goal drought against Brighton.

The Portuguese superstar went into the match having not found the back of the net since December – his longest run without a goal for 13 years.

But the former Real Madrid and Juventus man put an end to that disappointing spell with a superb strike in the 51st minute.

He drove at the heart of the Brighton defence before lashing a venomous low drive into the bottom corner.

Ronaldo immediately sprinted over to the Manchester United fans in the corner, but instead of doing his trademark celebration he opted to slide on his knees.

He then got back to his feet before punching the air, enjoying what was a crucial – and excellent – goal.

“Overall it was also a good performance by Cristiano. Energetically he was online, he was always trying to help the other team-mates.

“I think in the last weeks that would be the best performance by him and it is very, very important for us.”

Man Utd went on to win the game 2-0 as a stoppage time strike from Bruno Fernandes made sure of the points.

But the Red Devils still came through some major scares when Neal Maupay was denied by a superb David De Gea save, before Jakub Moder struck the crossbar.

Ronaldo later wrote on social media: “Back on track! Nobody gives up and there’s only one way to get back on track: hard work, team work, serious work.

“Everything else is just noise. Let’s go Devils!”

Former United striker Danny Welbeck also spurned a glorious chance from six yards out as the Seagulls were left to rue their missed opportunities.

The win take Man Utd into the top four of the Premier League table, two points above West Ham.

Next up for Rangnick’s side is a trip to Leeds on Sunday, before they fly to Spain to take on Atletico Madrid in the first leg of their Champions League last 16 tie.