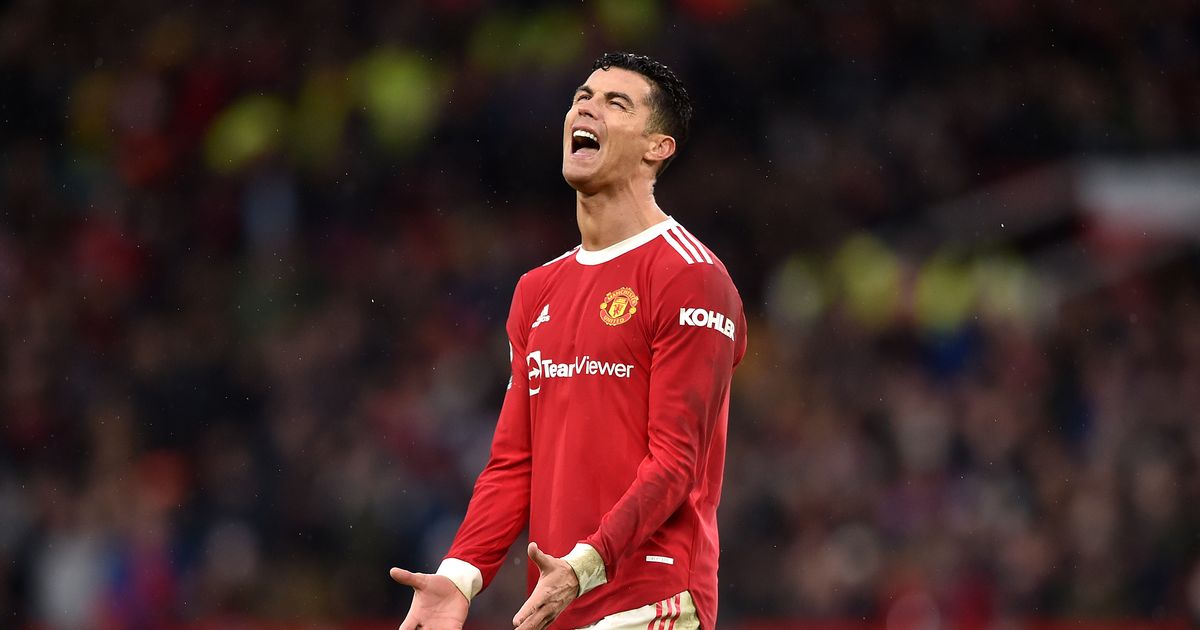 Alan Shearer has jumped to Cristiano Ronaldo’s defence, claiming that the focus on his contribution to the team is a “false narrative” which misses the obvious problems at the club

Cristiano Ronaldo is not to blame for Manchester United’s recent struggles and a “false narrative” has been created to deflect from the real problems at the club, according to Alan Shearer.

There has been endless debate about Ronaldo’s role in the side since he rejoined United from Juventus in a blockbuster summer transfer.

Ronaldo has scored 14 goals in 26 games across all competitions this season, but is currently on a six-game drought following the 1-1 draw against Southampton on Saturday.

The 37-year-old striker has drawn plenty of criticism recently for showing his frustration on the pitch with his team’s poor performances.

Many fans and pundits have questioned Ronaldo’s role in Ralf Rangnick’s side, but Shearer, who is the Premier League ’s all-time record scorer, believes the blame for their underperformance lies elsewhere.

HAVE YOUR SAY! Is Cristiano Ronaldo causing problems for Manchester United, or does the blame lie with others? Comment below.

“Ronaldo must be thinking, ‘what have I walked into…’ He is an unbelievable player – one of the greatest to have ever strode the planet – but he is also 37,” he wrote for The Athletic .

“He rails against being left out or being taken off because the very essence of his make-up is an unparalleled will to win and a determination never to be beaten.

“He wants to play every single minute of every match. Once that attitude goes, Ronaldo goes. But, of course, it also puts pressure on the manager.

“I don’t blame Ronaldo for anything that’s going on there. He has every right to believe that if it wasn’t for him then they’d be far worse off than they are. He would be correct.

“Again, I have some experience of his situation. Towards the end of my career I was left out a couple of times or taken off and I can’t explain how much I hated it. Hated every second. I found it embarrassing, a humiliation. That was me. It still is.

“Should he be more graceful at the end of matches, encouraging his team-mates? Having Ronaldo at the club should be a dream for younger players and if they’re not asking him advice and soaking it all up, then they bloody well should be.

Cristiano Ronaldo could not get on the scoresheet against Southampton
(

“For me, it’s a false narrative. The hard questions should be asked of Manchester United’s pathetic defending, or the lack of it. Ronaldo isn’t making excuses, he’s fuming at the chaos and demanding better.

“But who can he demand it of? Who will deliver it? How will it happen and when? Can you see it getting better before it gets worse? I can’t.”

United are currently fifth in the Premier League, a point behind West Ham, albeit with a game in hand on their rivals.

It was a familiar story on Saturday, as Jadon Sancho’s goal put them ahead, only for Southampton to come back in the second half and earn a draw.

Burnley did the same in a 1-1 draw at Turf Moor on Tuesday, meaning United dropped four valuable points from winning positions in a week.

There is little time to reflect on their form, however, with their game in hand against Brighton taking place at Old Trafford tomorrow.