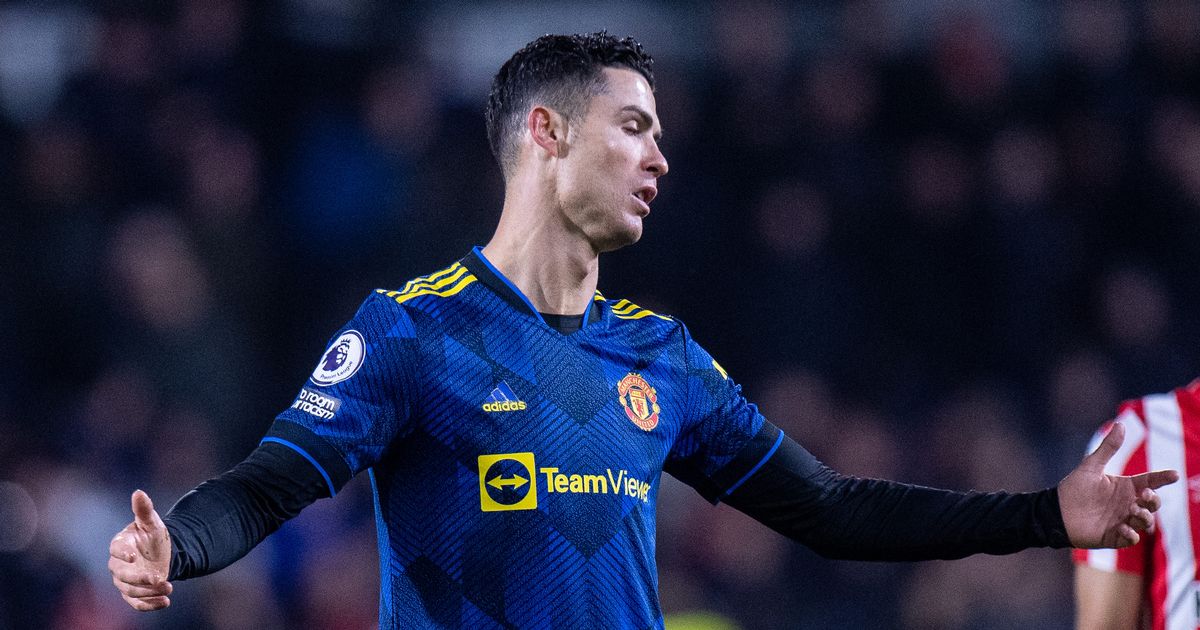 Manchester United ace Cristiano Ronaldo once played the role of transfer guru to convince two key stars to join the club, despite the fact he was enduring his own struggles

Manchester United hitman Cristiano Ronaldo helped secure the arrivals of former United defenders Rafael and Fabio da Silva, despite the fact he was enduring a ‘difficult’ spell at Old Trafford himself.

Sir Alex Ferguson asked the five-time Ballon d’Or winner to call the Brazilian twins, when they were raw teenage prospects.

The former Real Madrid and Juventus star obliged, and his phone call played a huge role in their decision to snub various offers and join United.

Rafael went on to make 170 appearances for United, while Fabio accumulated 56 during his time with the Red Devils.

However, Ronaldo’s current situation at the time was extremely uncertain, as he admitted the British weather had made it ‘difficult’ for him to acclimatise.

HAVE YOUR SAY! What do you think Manchester United will achieve this season? Comment below

“I like to play for Manchester – better than [I like] the weather,” Ronaldo said to Sky Sports News in 2006.

“The weather is very difficult for me because you see snow, every time, and rain.

“But the club is massive and I’m very happy for staying here.”

Despite being linked with a move to La Liga, Ronaldo went on to stay at Old Trafford for three more seasons, before sealing a record breaking £80million move to Real Madrid.

But as well as a United legacy containing a Ballon d’Or title, the Champions League, three Premier League titles, two League Cups, and the FA Cup, another part of his legacy lived on at Old Trafford – Rafael and Fabio.

The right-backs both played in the same team as Ronaldo, winning three Premier League titles and two League Cups at Old Trafford.

Ronaldo was linked with plenty of moves to La Liga, at the time he called Rafael and Fabio

But a move to Old Trafford may not have happened, were it not for the inspiring words of the Portuguese superstar.

“He called my phone, and I’ll never forget that,” Rafael said to the UTD Podcast.

“My phone had all the zeros [on the screen, to indicate an international call] and I was saying ‘Who is this? I’ve never received a call like this.’ I answered, and I knew him because I’d trained with him before.

“He just said: ‘It’s raining here, it’s raining here in Manchester, like you know.’ He said: ‘I call to say to you guys: sign for Manchester United. I know you are going to like it,’ et cetera.

After masterminding their arrivals to United, Rafael now plays for Brazilian giants Botafogo, while Fabio is now turning out for Ligue 1 side Nantes.

Meanwhile, Ronaldo secured a sensational return to Old Trafford last summer, where he has since scored 14 goals and contributed three appearances.

Unfortunately, his return has not been able to bring back the glory days he, Rafael, and Fabio became accustomed to at Old Trafford.

United are currently fourth in the Premier League, but they are still fighting in the Champions League and the FA Cup.