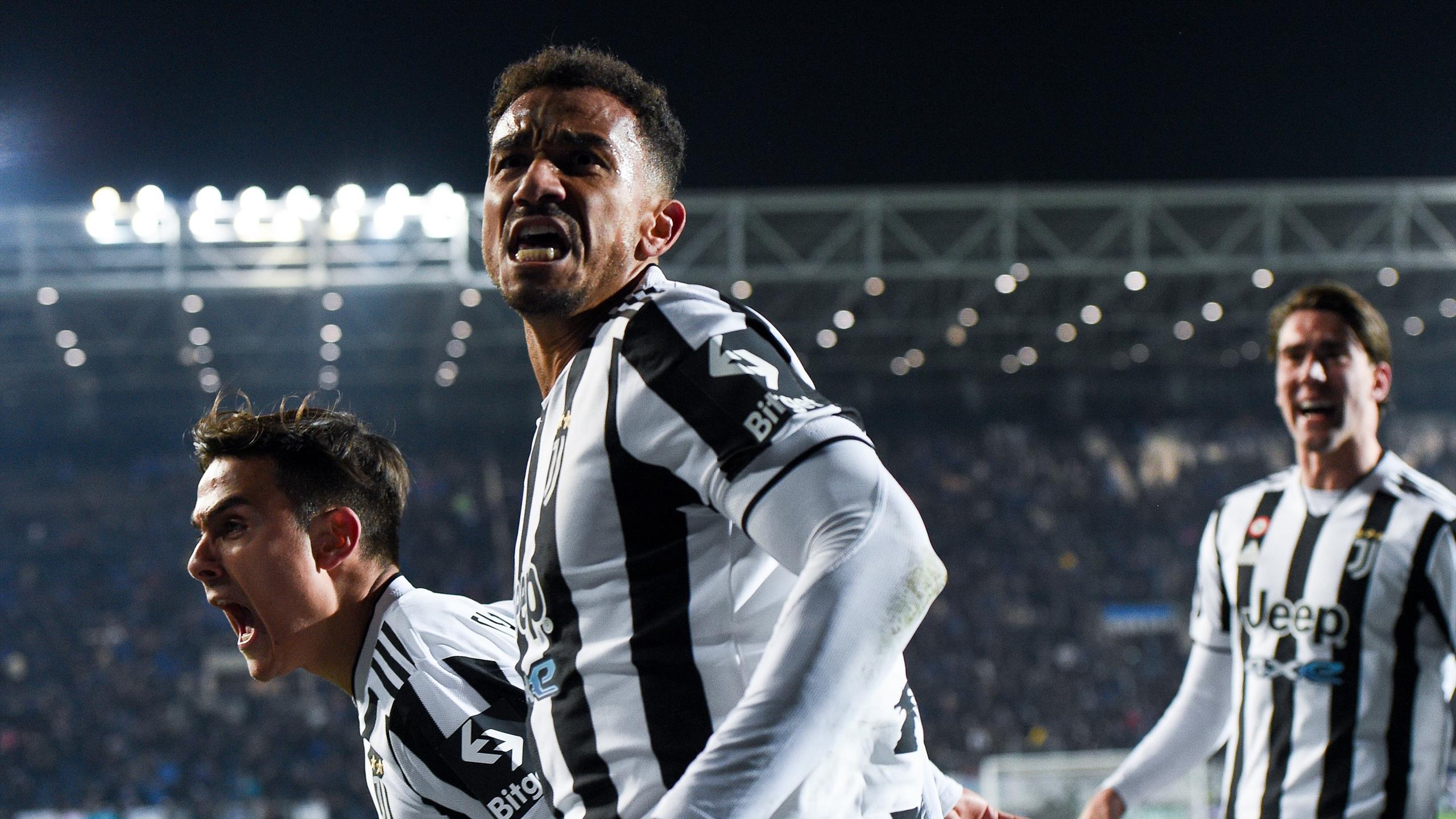 Danilo’s injury-time header rescued Juventus a point against Atalanta, holding the hosts to a 1-1 draw.

Substitute Ruslan Malinovksyi fired a spectacular swerving shot into the top corner deep into the second half which looked like it would put an end to Juve’s 10-game unbeaten streak in the top flight.

But former Real Madrid and Manchester City fullback Danilo ensured Juve would not leave Bergamo empty-handed as he headed in from a corner in injury-time to ensure the points would be shared.

The result means Juve remain in fourth on 46 points. For Atalanta, they stay in fifth on 44 points.

In a scrappy first half it was Paulo Dybala who had the best chance to break the deadlock. In the 13th minute, the Italian cut inside from the right flank and saw his curling strike looking for the top corner fly just over the bar.

VAR was required just past the half hour mark when Wojciech Szczesny clattered into Teun Koopmeiners outside the box with the Netherlands international surging into a one-on-one, but the decision was to play on.

The game opened up in the second half with Juve looking the more threatening side on the counter-attack and it was Atalanta who scored the opening goal in the 77th minute.

Malinovskyi won Atalanta a free-kick before smashing a 30-yard drive, which swerved in the air, into the top corner which got the better of a helpless Szczesny.

Hans Hateboer should have extended Atalanta’s lead in the 83rd minute when he smashed Malinovskyi’s dinked cross against the crossbar and it gave Juventus hope.

It was Danilo came to the rescue for Massimiliano Allegri’s side with his first goal in over a year in stoppage time, rising highest to head in a corner to the delight of the away support.

Malinovskyi showed off once again that he is one the most technically gifted footballers in European football with a phenomenal strike that will be a Serie A goal of the season contender.

With Atalanta struggling to create any meaningful goalscoring opportunities in a tightly-contested match, the Ukrainian’s strike saw the game explode into life and he deserves all the praise for a moment of individual brilliance.

MAN OF THE MATCH – Paulo Dybala

BERGAMO, ITALY – FEBRUARY 13: Paulo Dybala of Juventus kicks the ball and misses a chance of a goal during the Serie A match between Atalanta BC and Juventus at Gewiss Stadium on February 13, 2022 in Bergamo, Italy. (Photo by Emilio Andreoli/Getty Images)

Dybala was the driving force for Juventus on the counter-attack and he was unfortunate not to get a goal in the first half. His link-up play with Dusan Vlahovic was exciting to watch and a front three consisting of the Italian, the Serb and Federico Chiesa will entertain football fans everywhere next season. Provided Dybala decides to extend his Juventus contract beyond the end of the season.

13′ – DYBALA FIRES JUST WIDE! Dybala surges down the right flank and cuts inside onto his favoured left foot. He looks to curl it into the top corner and it gets the better of Sportiello but his strike flies just wide of the post! Vlahovic is fuming. He wanted a ball played into him.

31′ – BIG CHANCE FOR MURIEL! Szczesny charges out of his box and clatters into Koopmeiners. It rolls out to Muriel with the goal at his mercy but his tame effort is cleared away! VAR REVIEW! VAR is checking to see if Szczesny took out Koopmeiners who was in a one-on-one. PLAY ON! The VAR check is complete and we play on. Corner to Atalanta. De Roon’s cross finds Toloi but he cannot make enough contact and his header drifts wide.

48′ – GREAT SAVE! Atalanta start this second half quickly and De Roon fires a low driven strike looking for the bottom corner which Szczesny has to parry behind! The following corner amounts to nothing.

77′ – WHAT A GOAL FROM MALINOVSKYI!!! It’s an absolutely stunning strike from the Ukrainian! The free-kick is laid off to him and he smashes his venomous strike, which swerves beyond Szczesny and into the top corner! Atalanta lead!

83′ – OFF THE BAR FROM HATEBOER! It’s an awful miss from Hateboer! From point-blank range he picks up Malinovskyi’s excellent dinked cross at the far post and fires his volley off the woodwork!

90+3′ – GOAL! JUVENTUS SNATCH A POINT! Juventus have denied Atalanta victory! Danilo heads in from a corner! The corner swung in is met by the Brazilian at the near post and he rises highest, converting his thumping header. to the adulation of the away support! It’s Danilo’s first goal in over a year and what a time to get it!

Inter Milan edge past Sampdoria as Icardi watches from stand