The wingers had starkly contrasting seasons, with Carrasco playing a key role as Diego Simeone’s side lifted the Spanish title, while Hazard managed just three goals in a second disappointing campaign since his £88m move.

The pair form part of an ageing golden generation of Belgian stars, who will aim to finally seal a major international title at Euro 2020 this summer under Roberto Martinez. 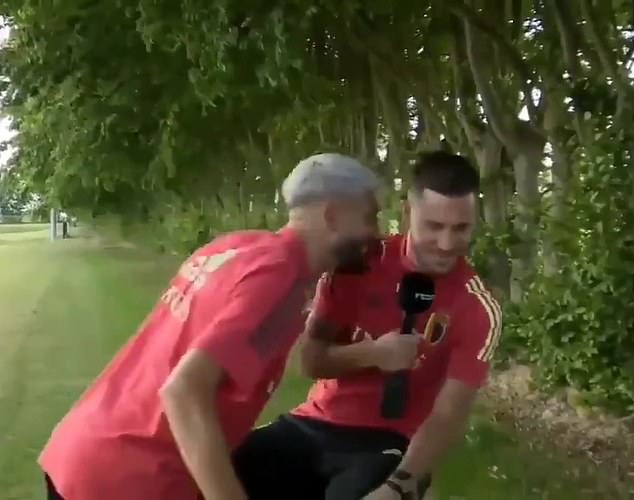 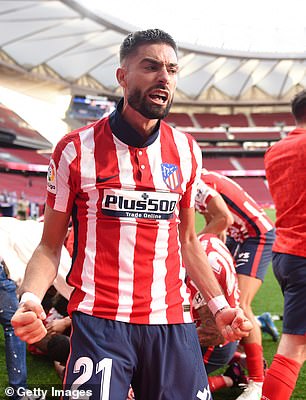 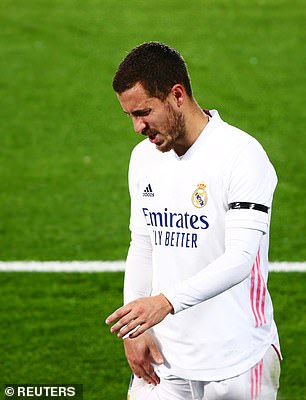 Carrasco has decided team harmony can wait in the Belgium camp, though, making one last jibe at Hazard in front of the TV cameras.

The former Chelsea talisman saw Carrasco coming while sat beside some trees for the interview, with the 27-year-old creeping on screen to sing in Hazard’s face: ‘Campeones, campeones, ole, ole, ole.’

Hazard will captain Belgium into this summer’s tournament, with the squad being handed a favourable draw in Group B. 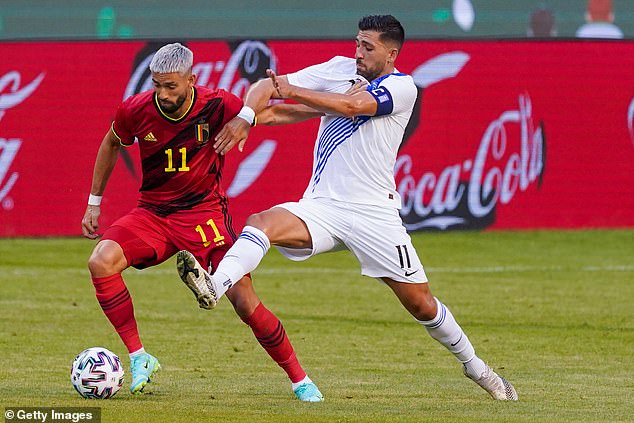 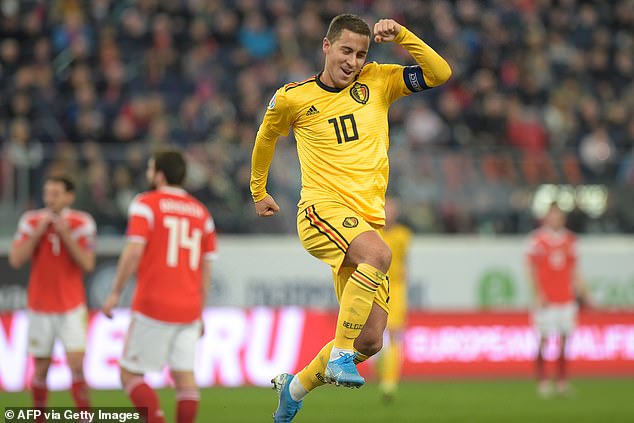 Hazard will captain his national side into the tournament, hoping to re-find his old form

They’ll kick off against Russia on June 12, before facing Denmark and Finland.

Hazard’s brother, Thorgan, was on target on Thursday as Belgium struggled to a 1-1 draw with Greece in the first of two warm-up matches, with Martinez blaming a ‘really demanding season’ for their struggles.

The Red Devils face Croatia on Sunday in their final friendly before the tournament.