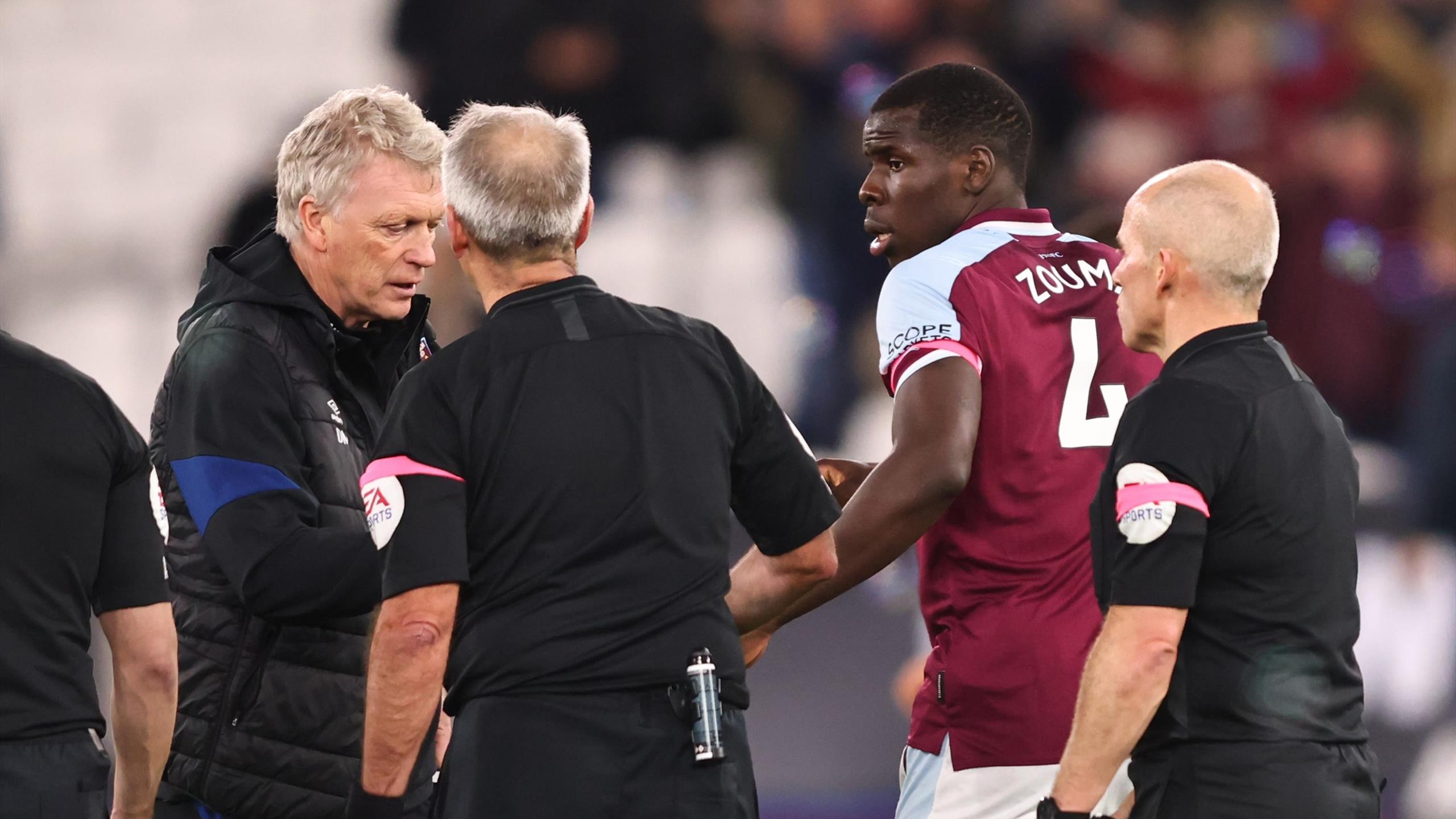 One of West Ham’s sponsors has said they will evaluate their relationship with the club after seeing Kurt Zouma feature in the starting XI against Watford on Tuesday night.

Zouma has drawn widespread criticism after footage emerged of him kicking and throwing shoes at his pet cat.

Hammers boss David Moyes kept the France defender in his line-up for the 1-0 win over the Hornets, but the fallout has begun from those associated with the club.

Experience Kissimmee, the official tourism authority for Osceola County in Florida, posted on social media: “It was disheartening to learn that the player Kurt Zouma was part of the starting line in West Ham United’s game tonight.

“As we wait for further information from WHU, we will be evaluating our relationship and sponsorship with the club.”

“We will be monitoring the situation between Kurt Zouma and West Ham United, as we as an organization, community, and destination in no way condone animal cruelty.”

It remains to be seen if more of the club’s partners will voice their displeasure at the situation.

Moyes, despite being disappointed in Zouma’s actions, was unrepentant about selecting him.

“He’ll learn from it but today I had to pick a football team that gave me the best chance of winning the game as manager of West Ham.

“I know how people feel, but I’m also a football manager here.

“My feeling was that Kurt has apologised and I understand a lot of people will not just be accepting of an apology. But to me he came out and apologised honestly and I had to do my job.

“I think the club would rather deal with it all in time and they will let you know what the action is.”

In his statement, Zouma had said: “I want to apologise for my actions. There are no excuses for my behaviour, which I sincerely regret.”