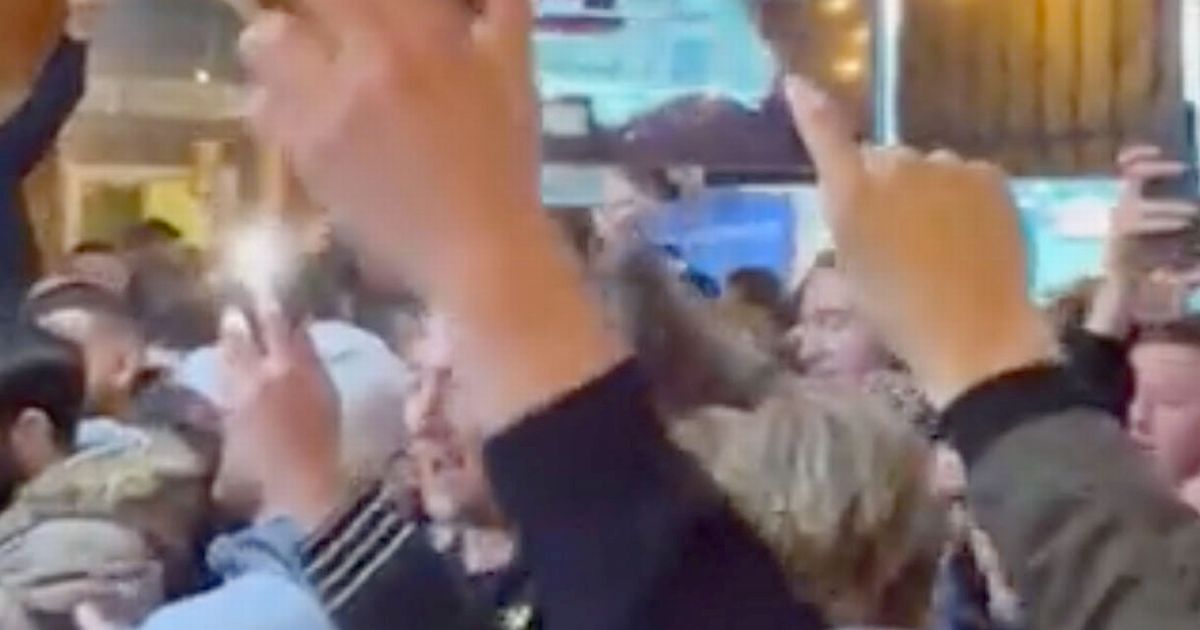 Kurt Zouma was set to start against Leicester on Sunday as West Ham made the trip to the King Power, but the Frenchman pulled up with an injury in the warm-up and was replaced with by Issa Diop

West Ham fans have been slammed after a ‘vile’ chant emerged on social media regarding Kurt Zouma.

The Frenchman has been under the spotlight after footage revealed the defender at home kicking his pet cat in front of his child.

It sparked widespread outrage and the RSPCA even took the two cats away from him.

However, despite initially denouncing Zouma, West Ham have failed to suspend the former Chelsea star.

In fact, David Moyes showed his support by starting him against Watford and he was set to make the XI vs Leicester on Sunday but injury ruled him out.

Prior to kick-off, a clip on social media has gone vital showing West Ham fans singing in support of the France international.

It has led to further outrage online, including from actor Adil Ray, who posted the video to his Twitter page.

He said: “Rewarded with a chant. Vile.”

And many agreed, with another Twitter used replying: “This is what happens when the club prioritise points over decency. Sends the wrong message to supporters.”

A second person said: “As you say, vile! And West Ham making it acceptable by continuing to play Zouma!”

While a third wrote: “Vile but they are in the minority and he is going to face opposition fans with long memories. I doubt if he will be playing in England long.”

Zouma pulled up with an injury in the warm-up, meaning he had to come out of the starting XI with Issa Diop replacing him.

However, Moyes has been criticised again for failing to drop the 27-year-old, though the Scotsman has insisted he has since repented for his actions.

“We have to give people opportunities,” he said. “He said he got it wrong, made a big mistake, so I’m hoping people will see it in a different way and see it with forgiveness.”

The RSPCA is leading an investigation into the incident, along with Essex Police while Zouma is cooperating.

West Ham have fined him a maximum of two weeks wages, believed to be £250,000 – which has gone to animal welfare charities.

The defender’s brother, Yoan, who filmed the abuse of the cat has been suspended by Dagenham & Redbridge.