West Ham United are reportedly looking at Chelsea forward Tammy Abraham, who could leave the London outfit as he looks move away in order to get regular game-time. The Englishman just came back from an injury but was not given any minutes in the last two games. 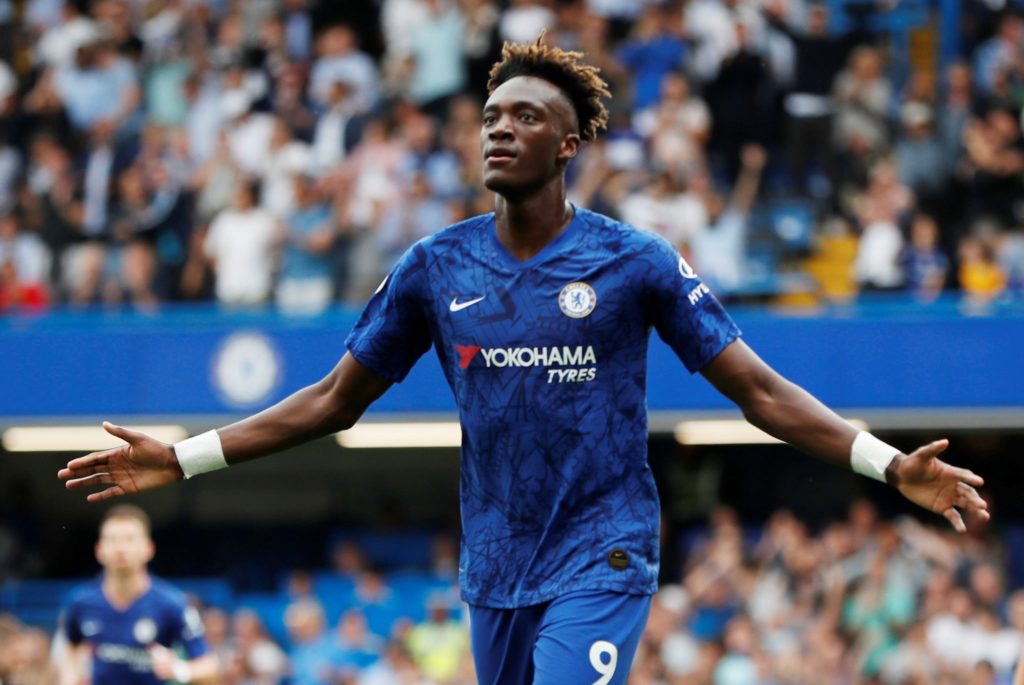 Abraham broke into the first-team last season under Frank Lampard and was a crucial part of the side that finished fourth. The Englishman scored 15 goals in the league for the Blues but with the arrival of Timo Werner and the re-emergence of Olivier Giroud, Abraham is struggling to get minutes under his belt.

After not featuring against West Brom in the league and the Champions League tie against Porto, despite proving himself to be a promising talent in the past two years, Abraham’s absence has raised some concerns over his long-term future. Even though it is still uncertain whether Chelsea would consider selling Abraham in the summer, the current situation has alerted West Ham.

Abraham had a breakthrough season last year, with 18 goals and 4 assists but the arrival of Timo Werner, Kai Havertz in the summer has limited his game time and the situation has not changed under the new boss Thomas Tuchel as well. Despite his limited minutes, he still is Chelsea’s top scorer this season with 12 goals along with six assists.

People often underrate just how special Tammy Abraham is as a goal-scorer. pic.twitter.com/ykIM7NEPXz

The manager, when asked about the absence, said “There are tough choices to make. We take the choices of what the game demands, of what we predict, of the substitutions that we have.

“It’s nothing personal or nothing big. He has the same chance to play every three days like everybody else.”

IS WEST HAM THE RIGHT CHOICE?

Twitter insider “ExWHUEmployee”, known for his inside sources at the London Stadium, says that West Ham United have Abraham as their primary target but might look elsewhere, with players such as Eddie Nketiah, Ivan Toney, Torino captain Andrea Belotti, all on their books. With the move being only 20 kilometers across the city of London, Abraham could become a part of a West Ham team that could reach heights no one expects them to.

Tammy Abraham is now West Ham’s no.1 Striker target for the summer.

David Moyes has worked wonders with the Hammers and while instilling a tenacious mentality into his side, he has also made sure that there was quality upfront to score goals and ensure that they are near the top sides and fighting for European spots.

“It’s just consistency behind my form I think. Obviously I hadn’t played much for the past two years, so to be playing week-in, week-out and keeping up this form is great, but the team have helped me tremendously.”

Even though, they have managed to stay alive in the race for European places after selling Sebastian Haller, their primary striker, to Ajax in January, West Ham need another forward who could a focal point for the attack that is blessed with abundant pace and trickery and Abraham could well be the answer.

Increasing likeliness of European football and a good paycheck might tempt the Camberwell-born forward to make the move, but only time will tell.